Off all the INGLO platform based vehicles, Mahindra XUV.e8 is the one that will launch first 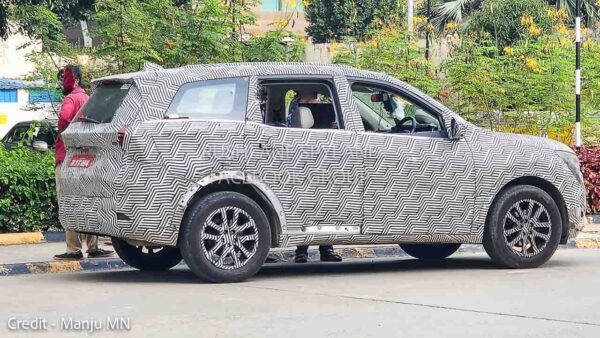 Mahindra is set to roll the dice and step into the EV game hard. But it is also targeting global markets. Hence, Mahindra has shied away from budget offerings and has gone full regalia with premium products based on INGLO platform. That said, Mahindra unveiled XUV400 electric earlier this month and will be the company’s cheapest offering.

Speaking of INGLO platform based products, Mahindra has showcased five different concepts falling under two different lineups. They are XUV.e series and BE series. XUV.e series are based on XUV branded ICE SUVs. But not BE. As the name implies, they are Born Electric from the ground up and won’t get ICE versions based on them. Off the lot, XUV.e8 will be the first to roll out as it is based on ICE-powered XUV700. Mahindra has also started testing XUV.e8 in India. Let’s take a look.

XUV.e8 will be the first to launch. At that same August 15 event, Mahindra had displayed a working prototype of the same. Looking at the XUV700 Electric spied testing in India, it is completely camouflaged and is exactly identical to the XUV700 that we currently have. Even its wheels are identical.

XUV.e8 prototype has the same profile as XUV700. But, the front and rear were different. When compared to XUV700’s alloy wheels, XUV.e8 prototype that was showcased in Britain, got futuristic aero wheels. This is to reduce aerodynamic drag and help reduce its air drag coefficient. Hence, maximising range. Hat tip to Manju MN for sharing exclusive spy shots on Rushlane Spylane Facebook Group. Manju even got a chance to have a chat with the team that were testing the XUV700 Electric. It was spotted in Ecospace, Bangalore. They had come to test the SUV in waterlogged streets. Launch is not scheduled for this year.

The prototype showcased in the UK, was wrapped in a matte black wrap with copper-coloured textures all around. This copper colour is to Mahindra, what Electric Blue is to Tata. A signification of EVs. All Mahindra EVs will carry copper accents. Front gets a massive LED DRL which looks striking, to say the least. Headlights are sleeker than XUV700 and have copper elements. Even its Twin Peaks logo gets a copper finish surrounded by purple LED.

Mahindra’s INGLO platform, which is sourced from Volkswagen’s MEB platform, is scalable from 60 kWh to 80 kWh. XUV.e8 might get either an RWD layout with 228 bhp or an AWD layout with 335 bhp. When it comes to interiors, Mahindra has outdone itself. XUV700 has two horizontal screens, whereas XUV.e8 gets three. One is for the driver’s display, one is for the central infotainment system and the third screen seems to be for the front passenger. 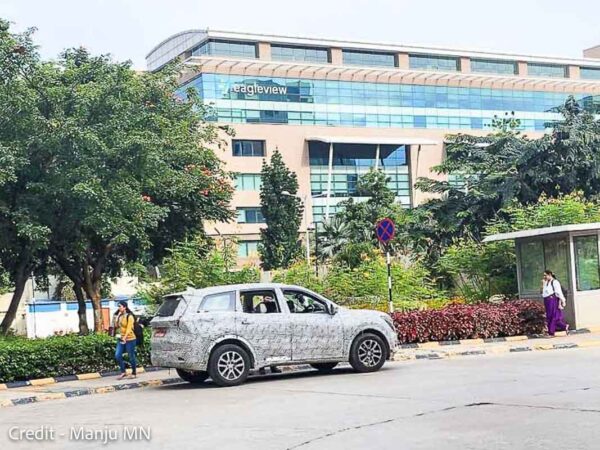 The Roxor is an all-terrain vehicle (ATV) that was developed for the US market. The Mahindra Roxor has been spotted in India for the first time, which suggests that the carmaker could be planning to introduce it in the domestic market. The Roxor was developed by Mahindra Automotive North ...

The whole staff came down and gave us a grand delivery experience. BHPian kushgandhi recently shared this with other enthusiasts. Well, the wait is over for me. The Big Daddy is here. As I previously told, my experience with the dealership Malwa Mahindra has been brilliant. Excellent sales staff ...

Besides the fit and finish and refinement, another area where the Yezdi misses out is in mid range and top end engine performance. BHPian AlQuazi recently shared this with other enthusiasts. A close friend has the Yezdi and I have had the good fortune of clocking many a miles ...

Mahindra currently has over 1 lakh orders and it aims to dispatch 25,000 units by the end of November 2022. Mahindra has finally commenced deliveries of the Scorpio-N, 3 months after its launch in the Indian market. The carmaker plans to deliver over 7,000 units in the next 10 ...