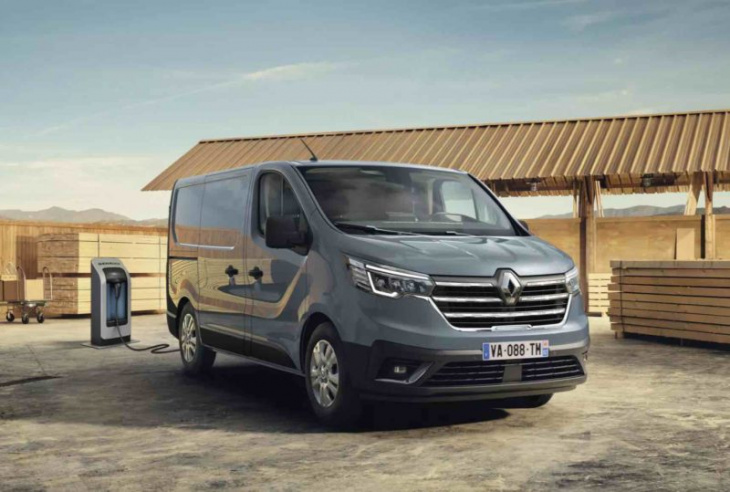 French automaker Renault has joined the number of major car-makers unveiling a new all electric van, with an electric version of the company’s bestselling Renault Trafic Van to join the electric Kangoo debuted more than a decade earlier.

The new Renault Trafic Van E-Tech Electric was unveiled  at the world’s biggest truck show, the IAA Transportation trade show  in Hannover, and is based on the ICE model that has sold more than 2.2 million units in more than 50 countries since 1980, and is Europe’s third most-sold light utility vehicle.

The electric Trafic has a 52kWh battery that provides the electric Trafic with a range of 240 kilometres (WLTP) and the ability to transport 1.1 tonnes. It has a choice of three types of chargers is offered – a single-phase 7kW AC charger, a 22kW AC charger for rapid public charging, and an optional 50kW DC fast charger. 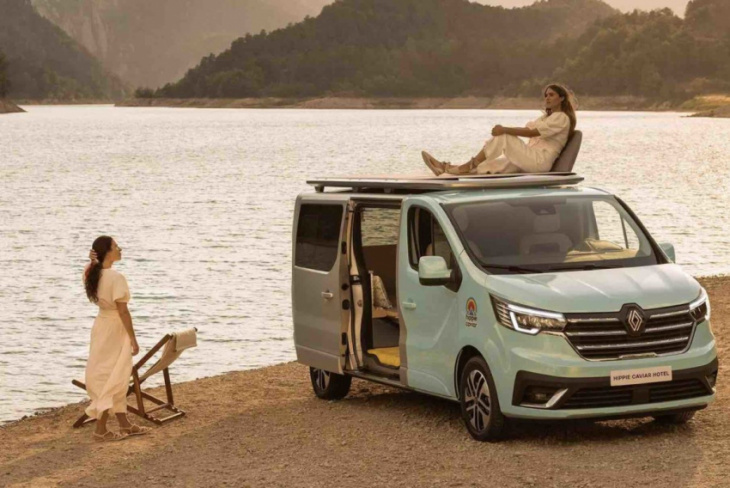 Renault is also showcasing its Hippie Caviar Motel show car. Originally unveiled last year and inspired by the Trafic, the Hippie Caviar Hotel was designed as a response to what Renault describes as “the growing desire to escape into the great outdoors, seeking the best of both worlds with idyllic landscapes and the comfort and amenities of a 5-star hotel.”

Built off the new Kangoo L2 E-Tech Electric, the Hippie Caviar Motel show car boasts a range of 285 kilometres and takes only 30 minutes to recharge 170 kilometres. The 90kW motor offers 120 horsepower and runs off a 45kWh battery that can charge from 80kW DC outlets.