Renault has revealed a new concept signifying its commitment to fun-loving little hatches with the unveiling of the R5 Turbo 3E all-electric drift hatch. 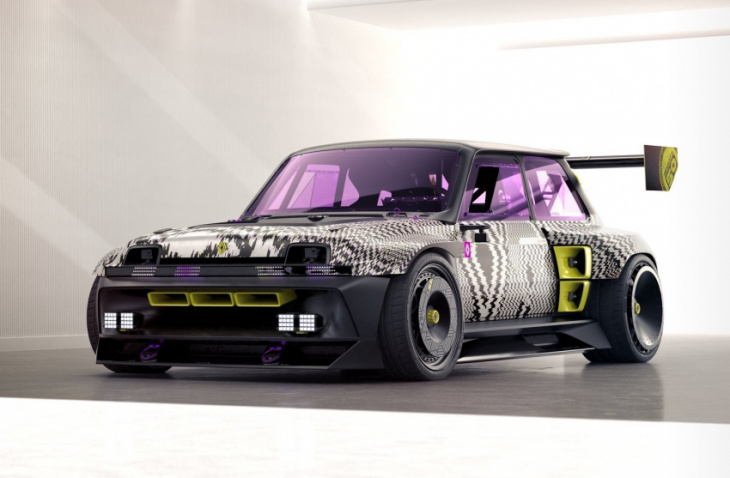 The R5 Turbo 3E has been designed to celebrate the 50th anniversary of the Renault 5, with the Turbo 3E acting as a futuristic tribute to one of the company’s most iconic hot hatches.

Renault says the R5 Turbo 3E has been designed as a “pure drifter” with a setup perfect for the track thanks to its tubular chassis, lightweight platform and powerful rear-wheel drive e-motor setup.

Underneath the floor there’s a 42kWh lithium-ion battery pack throwing power to a pair of electric motors for each of the rear wheels that produce a combined 280kW of power and 700Nm of torque. This translates to a 0-100km/h sprint in 3.5 seconds – 3.9 seconds in drift mode – and a top speed of 200km/h. 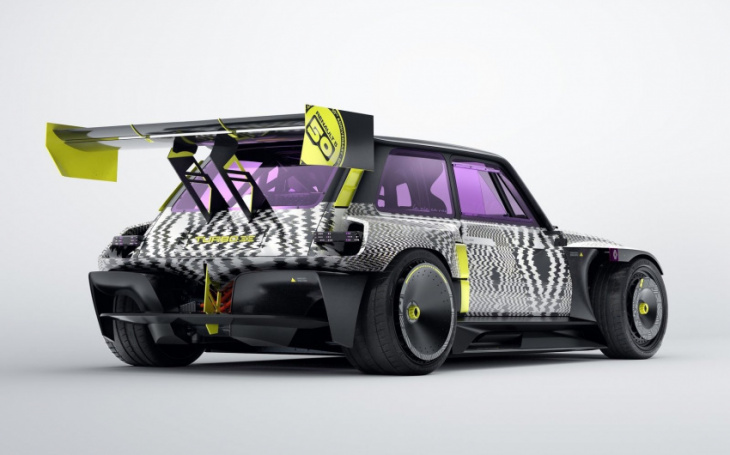 The bodywork has been clearly inspired by its predecessor, although in this case its constructed in carbon fibre and gains an obscenely large rear wing to cap off the radical styling package.

Renault says that by 2030, its entire passenger vehicle lineup will be made up of purely battery-electric vehicles, with the Renault 5 Prototype unveiled last year set to go into production in 2024 acting as part of the company’s self-described “electric rebirth”. 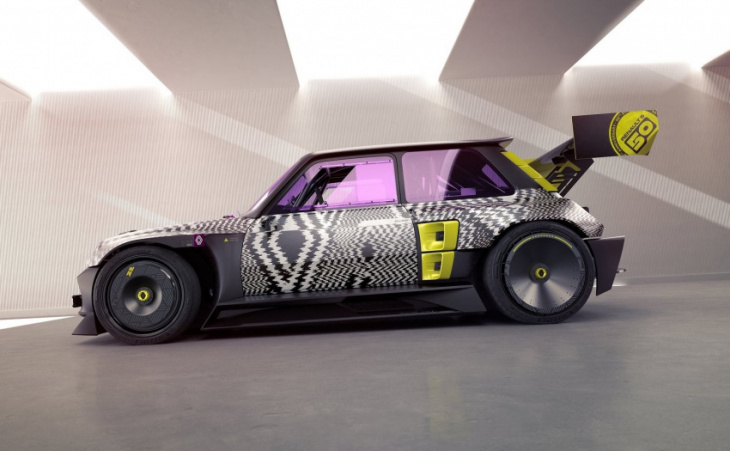 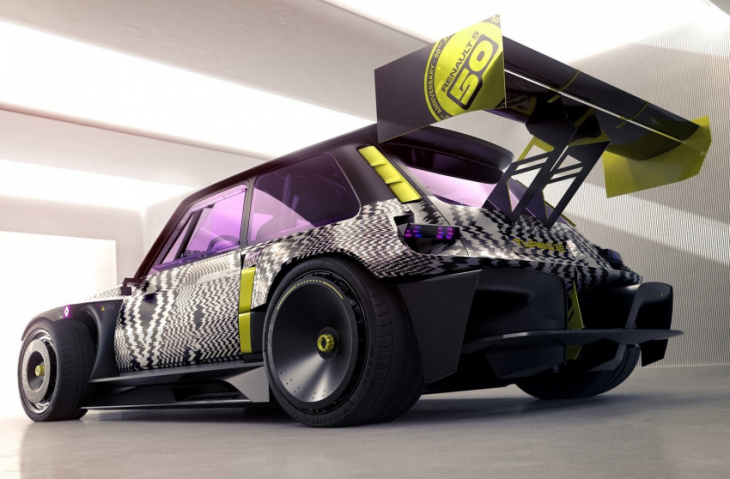 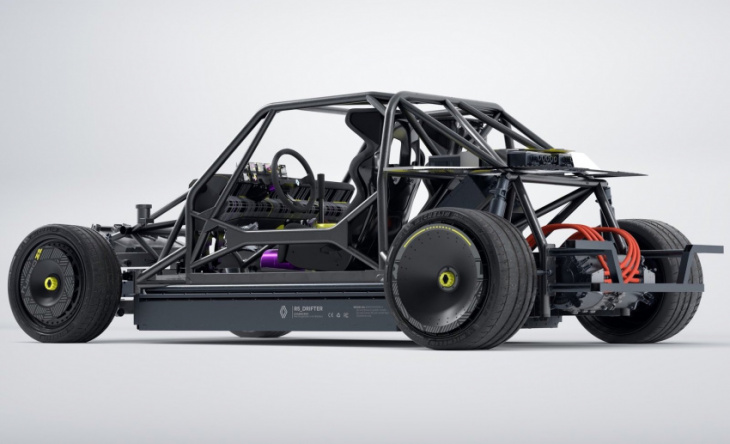 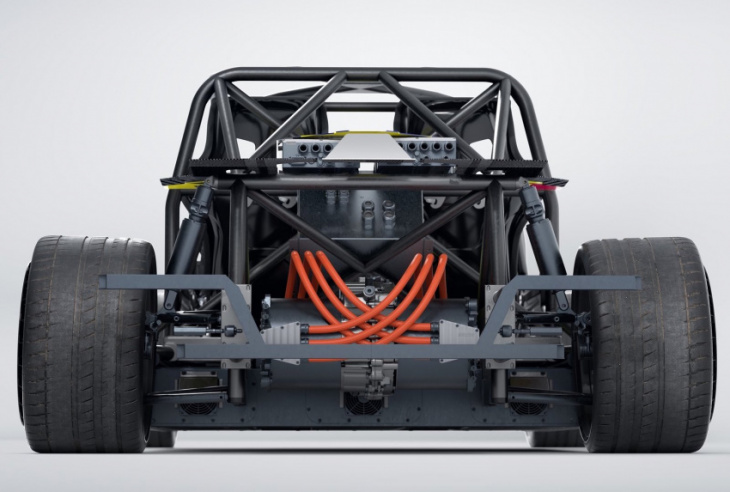 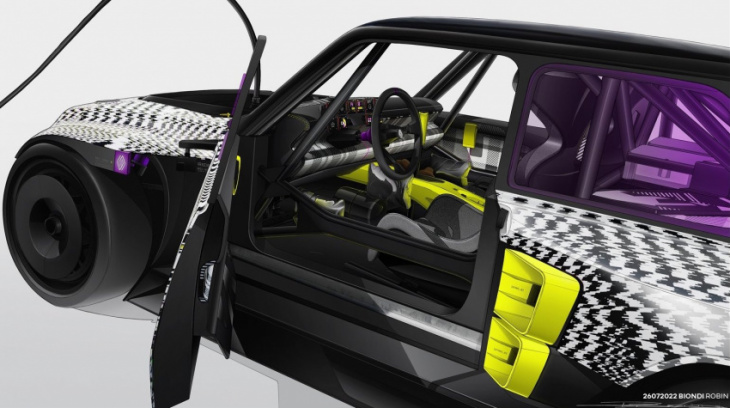 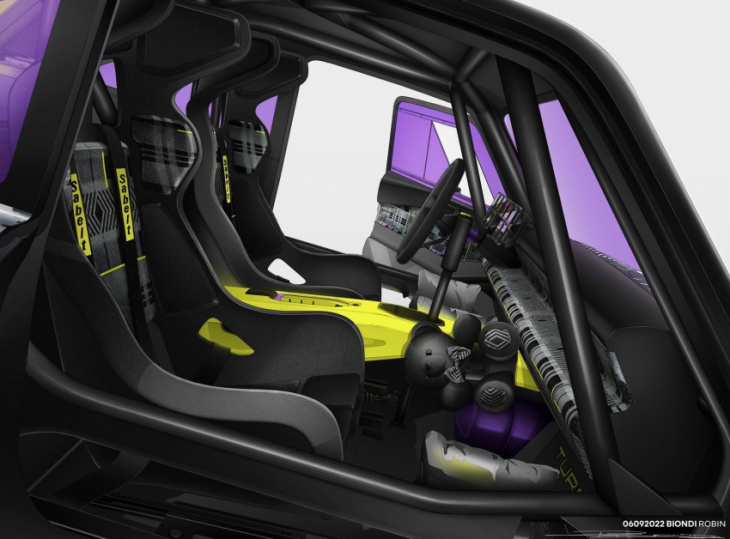