Get ready for a new top-of-the-line Volvo SUV. Today, Volvo cars confirmed that it will reveal the new EX90 SUV on Nov. 9 and that the new flagship SUV will have more safety technology than any Volvo ever. The new Volvo EX90 will have what the company is calling an “invisible shield of safety,” that uses its newest sensing technology that not only tackles what’s on the road, but who is in the SUV. Volvo is planning an all-electric future, and the EX90 will join the XC40 Recharge and C40 Recharge all-electric SUVs. 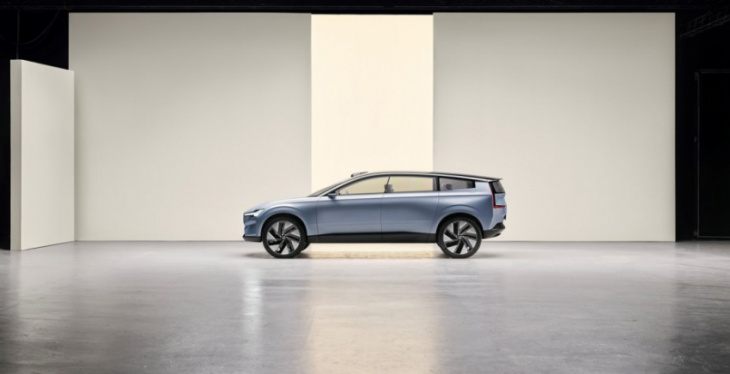 The new EX90 is expected to look a lot like the Concept Recharge SUV that the company previewed in 2021. That SUV has a distinct long, low, roofline that reminds you more of Volvo’s 1980s wagons than a 21st-century SUV, but the rest of the SUV looks like a modern EV with a smooth grille and distinctive Volvo rear end. The Volvo XC40 and C40 are basically electrified versions of the gas-powered brethren, but the EX90 gets its own platform, which should allow more styling flexibility.

The new Volvo EX90 will also have several new sensors and cameras to help it find obstacles, or potential obstacles, in the road. It will incorporate cameras with radar and LiDAR sensors that work in sunlight or darkness to see small objects hundreds of yards ahead, Volvo said. Inside, sensors and cameras gauge a driver’s concentration with a nudge (presumably from the seat). If you fall asleep, the EX90 can pull over on its own and call for help, or as The Verge put it, it will watch for signs of drunk driving.

The new tech is previewed by Volvo’s CEO

New Volvo CEO Jim Rowan discusses the new technology in the video above. In the video he talks about Volvo’s safety and how the company is working to make its vehicles safer. He doesn’t give a lot of information about how the system works, but he promises that the company will release more info soon.

In the Concept Recharge, Volvo made a point of finding sustainable materials for the vehicle, and many of those materials are expected to come to the new EX90. The company used a flax, from the linseed plant, for example for the storage areas and natural rubber instead of synthetic, as well as a sustainable soft leather-like material for the headrests and steering wheel.

The Volvo XC90 is starting to show its age 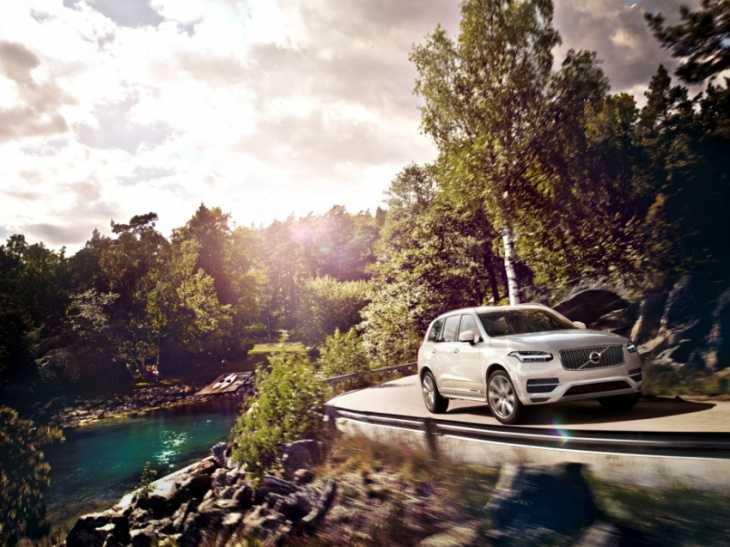 For 2023, the XC90 gets a mild hybrid as standard, but other than that the 2023 version carries over unchanged for the new model year. It makes some sense that Volvo may discontinue the XC90 in favor of the EX90 because its last major update was in 2017. It did get a facelift in 2021.

The XC90 starts at $56,000 in Core trim and can seat seven in luxury. The Plus trim adds some niceties, such as walnut trim and leather for $3,900 more. The Ultimate trim is a $13,200 package that adds a heads-up display, a crystal shift knob, and ventilated leather.

Keyword: Get Ready for the New Electric Volvo SUV, the EX90