Ford’s baby Bronco, the Bronco Sport is a great option for drivers who can’t purchase the larger Bronco compact SUV. The Bronco nameplate reemerged in 2020 as a 2021 model year after a long hiatus. The Ford Bronco was originally discontinued after the industry became more focused on larger SUV models. Now that small SUVs are all the rage again, the Bronco has returned to tap into the nostalgia of Blue Oval fans across the globe and captivate a new generation of off-road enthusiasts.

The problem with the Ford Bronco is that the Blue Oval can’t seem to make enough of ’em to satisfy consumers. The American automaker struggled with long delivery times because of a supply crisis exacerbated by the global pandemic. The Bronco had finally returned in all its glory, it was just incredibly elusive to the average American buyer.

Many capitalized on the exclusivity of the Bronco and resold the small SUV. A strong resale market was created on auction sites like eBay, where the vehicle was sometimes listed for double its MSRP. The Ford Bronco Sport stands out in its segment, and it’s a fine choice regardless of whether drivers are looking for a Bronco alternative or not.

Is the Bronco Sport selling well? 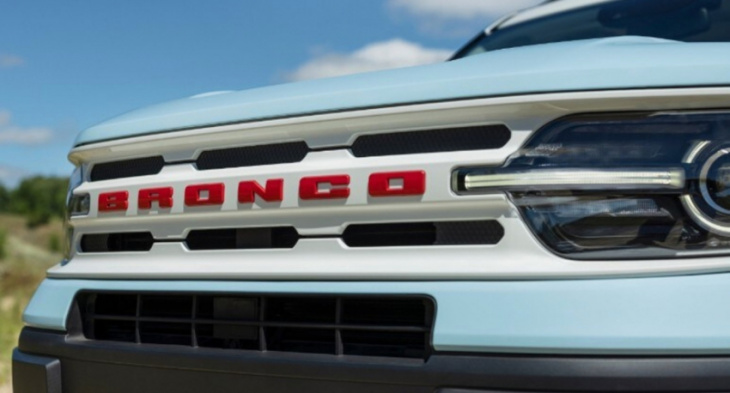 The Ford Bronco Sport is outselling the Ford Edge, Ford Expedition, Ford Mustang Mach-E, and even the Bronco itself based on a July sales report released by the Blue Oval. There are still a few months left in 2022, but the Bronco Sport is already selling better than it did in 2021. The introduction of the new Heritage edition could cause an increase in sales for the 2023 model year.

Read more about the Ford Bronco Sport in the next article below.