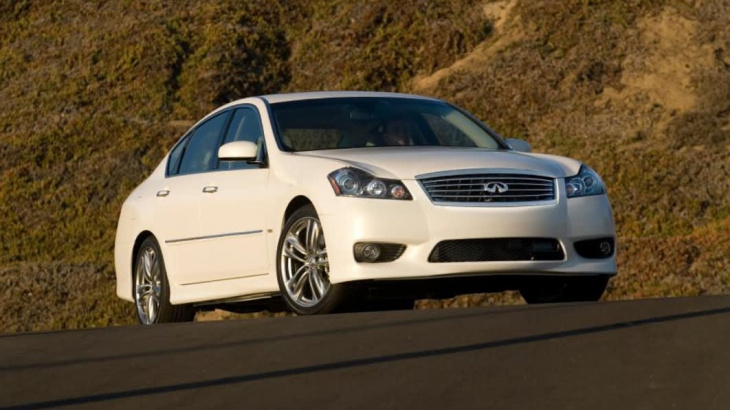 Nissan and Infiniti are recalling older vehicles that were repaired after collision damage to address problems with Takata replacement air bag inflators that were potentially installed. The overall campaign population is difficult for Nissan to pin down because the only vehicles impacted would be those that Nissan and Infiniti know to have been serviced with the replacement units in question. Officially, the recalled population numbers just 375, but Nissan says more than 18,000 cars could have the defective parts installed.

“The potentially affected inflators may have been installed on vehicles after final remedy repair completion under the vehicle recalls as part of a subsequent theft or collision repair,” Nissan’s notice said. “Vehicles that received the subject parts prior to December 9, 2016, are not affected as they would have been subsequently included in the final remedy recalls and replaced with a final remedy driver and/or passenger air bag inflator. Nissan has identified 18,422 vehicles that may have had these parts installed during service.”

The air bag inflators in question were inadvertently shipped to service inventory between December 9, 2016 and November 12, 2021 — after the dangers of Takata’s inflator design were known to the industry. Notices are already being mailed; owners will be asked to bring their cars in for inspection, and if defective parts are found, they will be replaced.

It's much more spacious than the Nissan LEAF, but that's not a surprise.

It's anything but subtle.

Our Thai colleagues over at Autofun.co.th have big news to share, and it’s about 2 new hybrid Nissan models hitting their shores – the 2022 e-Power hybrid, and the other, probably the upcoming all-new 2023 . Autofun’s sources quote that the powertrain will be installed in ‘the next two ...

Nissan approved, but not involved? Want to buy one? Only RM43,000 a piece A Japanese tuner has struck a deal with Nissan to kickstart the production of the iconic SR20DET engine. Mercury Japan will conduct a limited run of only 30 units specifically to tailor and mirror the engine ...


View more: Nissan SR20DET Engine To Go Back Into Production?

Rendering by Goo-net According to Japanese media, the next-generation could be making its debut in November 2022 and bookings will be starting soon. Still, there have been numerous spyshots of the sixth-gen Serena spotted in Japan and Thailand. Toyota Voxy (above) and Honda Stepwgn (below) Even though units have ...

The truck is on sale now.

Infiniti Just Killed off the Q60 Sports Coupe – Here’s Why