The covers have officially been ripped off the all-new Mazda CX-60 premium midsize SUV, with the Japanese brand specifically targeting more luxurious, higher-priced competitors such as the BMW X3, Audi Q5 and Mercedes-Benz GLC, as well as the Volvo XC60 and all-new Lexus NX.

Based on Mazda’s new scalable Large Product Architecture, the CX-60 is the first model out of a four-model CX line-up to be launched over the next 12 months, including a CX-80 and larger, US-focused CX-70 and CX-90 SUVs.

Mazda has said it wants to tailor a car to every type of buyer and the CX class of vehicles will help the Hiroshima-based company to achieve this. 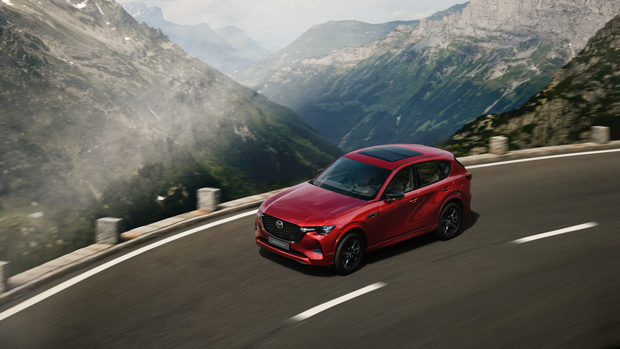 When equipped with the new plug-in hybrid powertrain, the CX-60 is no lightweight, with its kerb weights spanning 1980-2072kg – much more than a CX-5 Akera Turbo at 1720kg.

The Mazda CX-60 is expected to launch in Australia in the later half of 2022.

The European CX-60 line-up consists of four model grades beginning with the Prime-line and followed by the Exclusive-line, the Takumi and top-spec Homura. 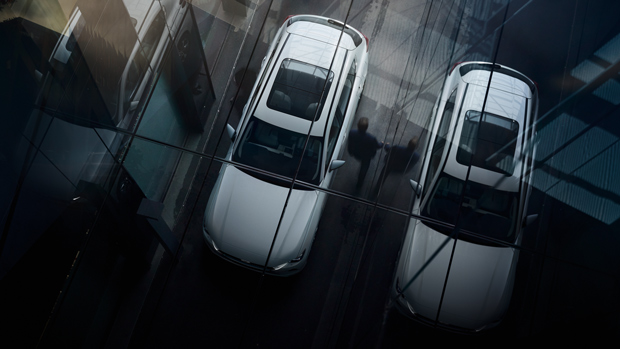 A Comfort pack can be added to the Exclusive-line which adds black leather upholstery, vinyl material on the dashboard and roof pillars, fan-cooled ventilation for the front seats and heated rear seats.

Tying it all together is Mazda’s new Driver Personalisation System that can adjust areas such as the driver’s seat, heads-up display and door mirrors to suit the preference of the driver. Over 250 pre-determined settings can be automatically accessed by the system to tailor a seating position for the driver, and it can do this for up to six different drivers. 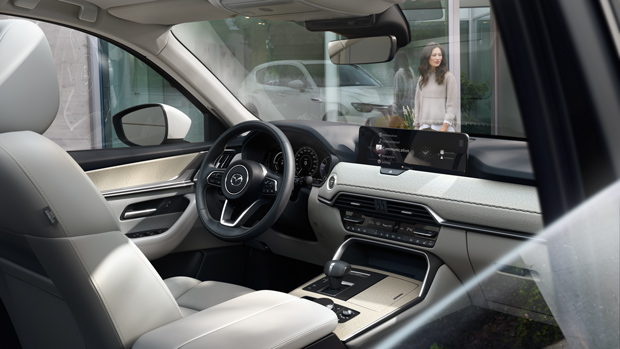 Australian specification grades are yet to be revealed to the public, however Mazda Australia will release a full set of specifications (and model names) closer to the CX-60’s launch later in 2022.

Debuting in the CX-60 is Mazda’s first plug-in hybrid powertrain – a 2.5-litre ‘e-Skyactiv’ four-cylinder petrol with an additional 100kW electric motor and a 17.8kWh lithium-ion battery, taking total outputs to 241kW/500Nm – enough to make the CX-60 PHEV the most powerful production Mazda ever produced. Mazda claims the AWD CX-60 PHEV can do the 0-100km/h sprint in just 5.8 seconds. 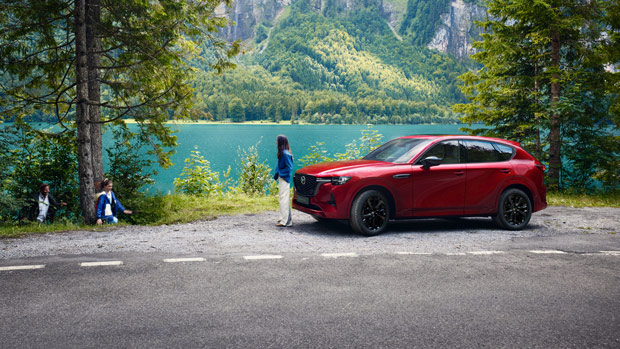 Both inline-four and inline-six engines will be available

The CX-60 will also feature new in-line six-cylinder engines for the first time. Petrol and diesel powertrains will use ‘M Hybrid Boost’ 48-volt mild-hybrid technology and could produce around 200kW/600Nm for the turbo-diesel and 230kW/350Nm for the ‘SkyActiv-X’ petrol.

Mazda has spent considerable time developing these new six-cylinder engines for the CX-60. The petrol six, which is 3.0-litres in displacement, goes without the use of a turbocharger and relies upon the extra boost provided by the mild-hybrid system, as well as combustion efficiencies from its spark-controlled compression-ignition system Mazda claims the six-cylinder ‘SkyActiv-X’ petrol is as fuel efficient as the four-cylinder SkyActiv-X 2.0-litre.

Meanwhile, the diesel is a 3.3-litre unit and features egg-shaped combustion chambers that result in a leaner burn and less unburnt residue. Mazda says the diesel six-cylinder weighs a similar amount to a conventional diesel four-cylinder, and no aspiration has been specified, you can expect it to be turbocharged.

These powertrains will be paired to a new eight-speed dual-clutch transmission that Mazda says acts like a traditional torque-converter auto. The company states that the transmission “offers drivers smooth and responsive gear shifting with clear, smooth gear steps”. 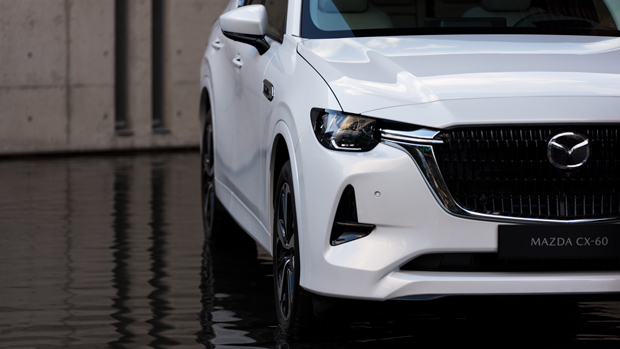 Power will be sent to a rear-biased all-wheel drive system across the range that Mazda calls ‘i-Active’, though rear-wheel drive will also be available on six-cylinder CX-60s.

Five drive modes will be available on the Mazda CX-60 plug-in hybrid (with the fifth being a PHEV-exclusive EV mode), including Normal, Sport, Off-road and Towing modes.

Using the EV-only mode, the plug-in hybrid can travel up to 60km on electric power alone. 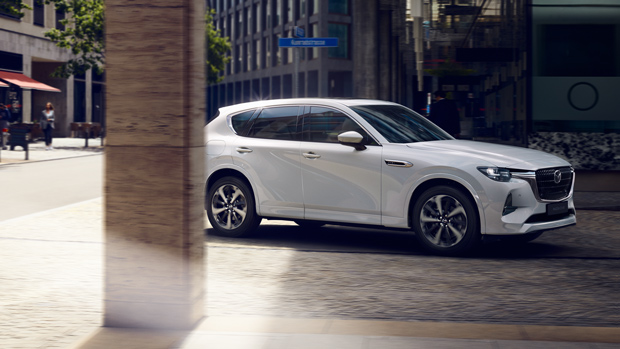 Although it has not yet been tested by European NCAP or Australian ANCAP, the Mazda CX-60 has plenty of features to keep occupants safe.

Standard safety features include a see-through 360-degree camera (that enhances the front and rear sections obscured from the driver’s viewpoint), hill-descent control, vehicle-exit warning and radar cruise control that can also work in conjunction with speed-sign recognition.

The CX-60 has been designed with pedestrian safety in mind, with the bonnet specifically sculpted to reduce injury in the event of a crash. 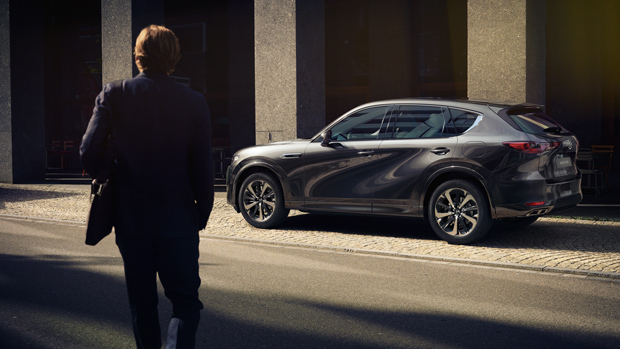 When can we expect to see the Mazda CX-60 in Australia?

Mazda Australia says that production will begin on 11 March, 2022 for the CX-60 at Mazda’s Yamaguchi Hofu plant No.2.

The Japanese-specific model will be introduced in early April this year, however all Mazda Australia will say is that the launch of the CX-60 in our market will take place sometime this year.

Pricing is also yet to be confirmed, however Chasing Cars has estimated that the all-new CX-60 may start somewhere around the $70,000 mark in order to compete with cars such as the BMW X3 and Audi Q5 premium midsize SUVs.

BMW’s new M2 will sport a much wider body than the 2 Series coupe donor car. (Image: Bimmerpost) It has been a terrible week for BMW as leaks of its hotly-anticipated M2 have popped up all over the internet. First, the exterior design was plastered all over the Bimmerpost ...


View more: Like a sieve! BMW cannot keep a lid on details of its all-new 2023 M2 sports car

Based on the striking red of the livery, we think this may also be an RS model.