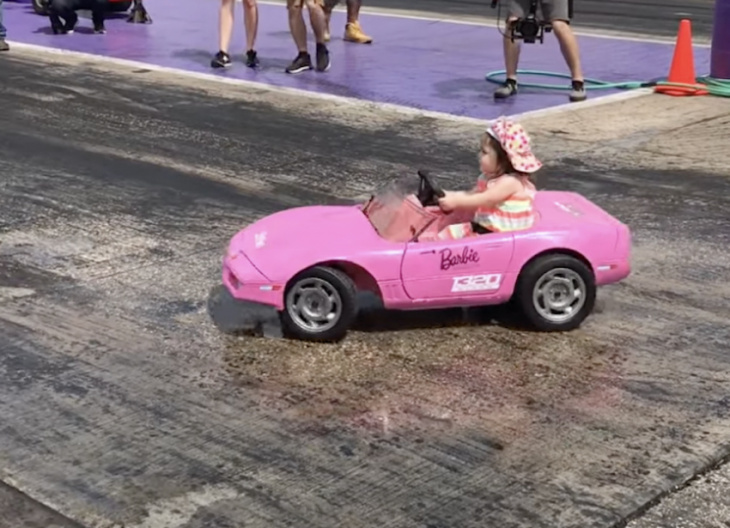 Showing off for the crowd, this adorable kid also has some serious skill behind the wheel of her Barbie Corvette.

Aside from our love of Corvettes, there is one common thread that most of us share – we all discovered our love for cars at a young age, most of the time spurred on by a relative who owned a cool vehicle or two. This passion usually starts at a young age (with some exceptions, of course), with us playing with toys like Hot Wheels or even Power Wheels, if we’re lucky enough. And that includes this young girl, who ripped off some donuts at the drag strip in her own Barbie Corvette for the crowd in one of the cutest things we’ve ever seen.

Posted to YouTube by Brian Lifrieri, this video doesn’t provide us with any details about where this took place or what the premise for such an act was – though it appears to have gone down at TX2K – but that doesn’t really matter, ultimately. What does matter is that we can clearly see that this little girl loves her Barbie Corvette, is already harboring a passion for cars, and doesn’t mind showing off for the crowd. 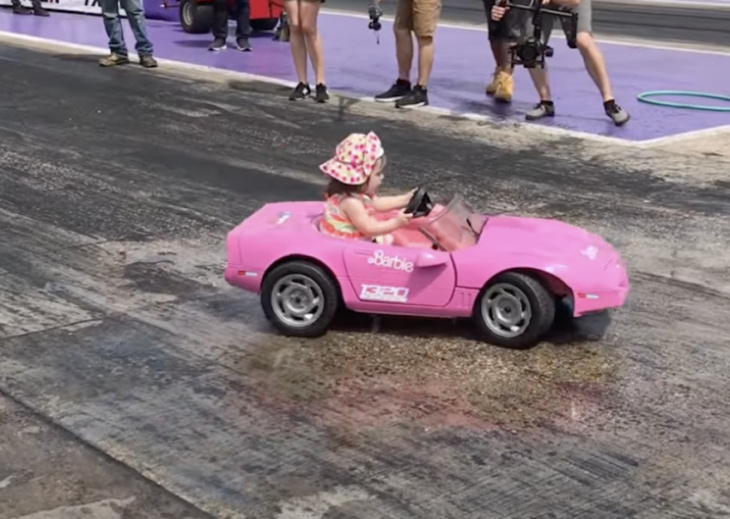 On a side note, she’s also got some serious skills, pulling off some perfect donuts in her battery-powered machine that many of us would love to replicate in our more powerful, real-world rides. With the crowd cheering her on and multiple cameras pointed at her, she seems totally unphased and takes a pause before putting on a show. Once she’s done, she simply drives back into the pits like this was no big deal whatsoever.

With the Barbie Corvette likely coming back as some all-electric first-gen restomod, the appeal of this famous toy model figures to continue for an entirely new generation to enjoy, and hopefully, find inspiration in. After all, if we don’t keep passing down our love for automobiles to the younger generations, it won’t last. Thus, it’s our duty to encourage folks like this young lady to chase their dreams, particularly if they involve Corvettes.