Jeep is heading off into the wild blue yonder – of an all-electric future. But as fresh details and pictures released this week show, battery power will not mean the iconic US brand is giving up its macho image or “trail-rated” off-road ability. One of the new models even follows the Wrangler in having detachable bodywork. 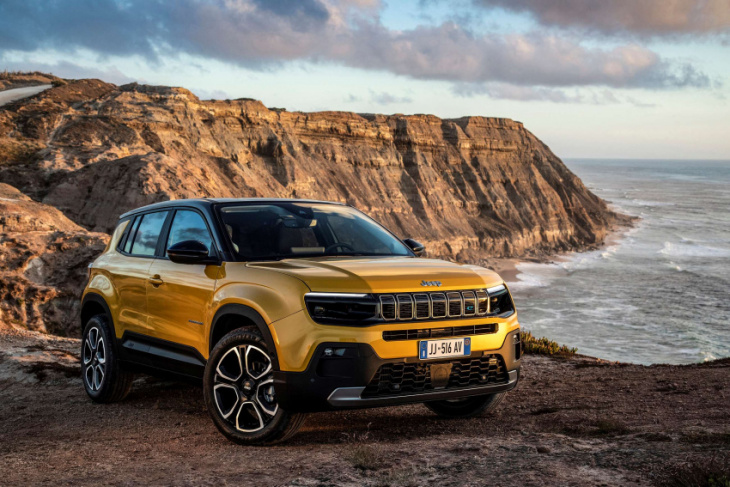 The company has lifted the lid on four new electric models, the first of which – the yellow baby SUV called the Jeep Avenger – will go on sale in the UK early in 2023, with the order books opening next month.

The Avenger (no Hillman jokes please) is very much a Europe special that won’t even be sold in Jeep’s country of birth. It’s a new entry-level model for the brand that platform-shares with electric versions of the Peugeot 2008 and Vauxhall Mokka, siblings from within the Stellantis group, and which will be built in Poland.

Irrespective of its background and diminutive size, its high-riding body, exaggerated chunkiness and profusion of off-road and signature Jeep styling features clearly signal it as a member of the Jeep family. 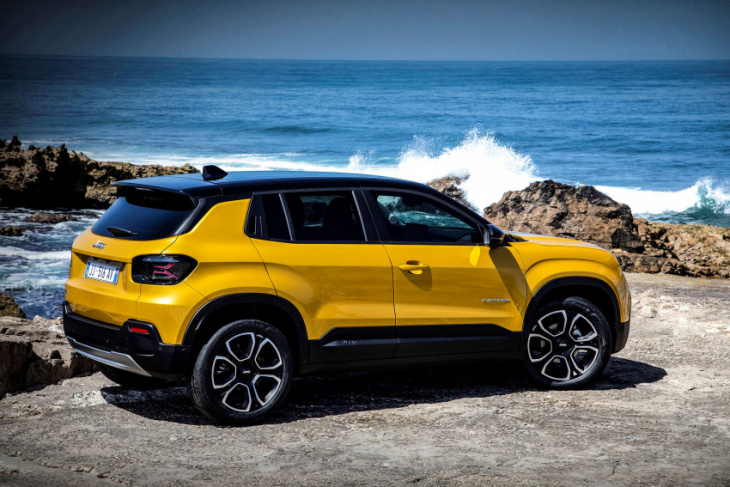 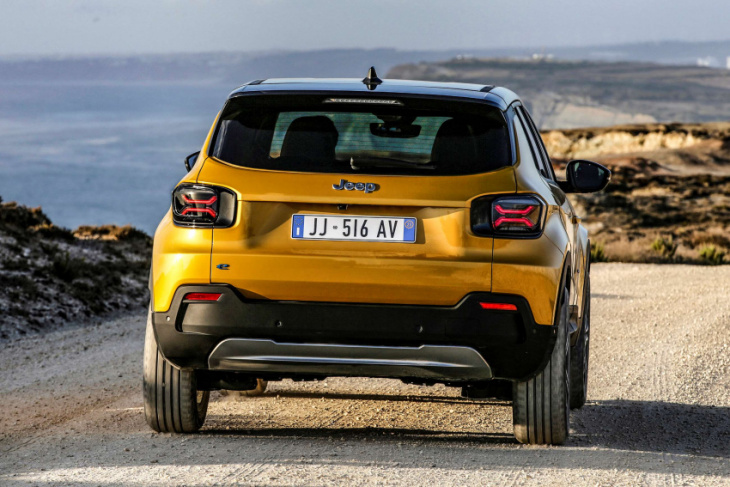 It will back up its tough looks with off-road ability that’s said will rival that of the current hybrid Renegade 4xe. Most Avengers are sure be two-wheel drive but a 4×4 version, likely powered by a pair of the group’s 95PS (71kW) motors, will be available to make the most of what are said to be competitive approach and departure angles on rough terrain. Range is quoted as 248 miles. We can expect more details, including UK price, at its Paris Motor Show debut on 17th October.

Jeep fans who want a battery model with real off-road ability may be minded to wait a little longer for the Jeep Recon, another all-new addition to the family that will be sold in the UK and Europe, though not before a launch in the US, scheduled for 2024.

The company says the Recon is “100 per cent Jeep” and rugged enough for extreme off-roading such as the brand’s traditional off-road challenge, the rock-strewn Rubicon Trail. Features on the Recon will include trick 4×4 traction and axle technology, underbody protection, tow hooks, a power-operated top and, like the Wrangler, removable doors and windows for that all-round open-air feeling. 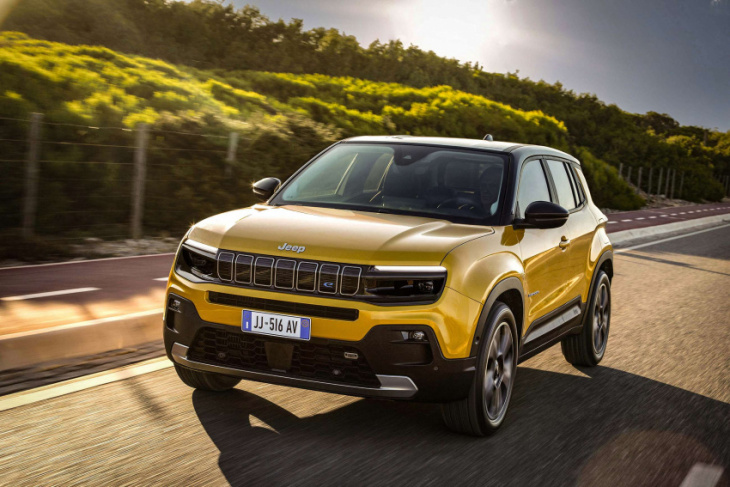 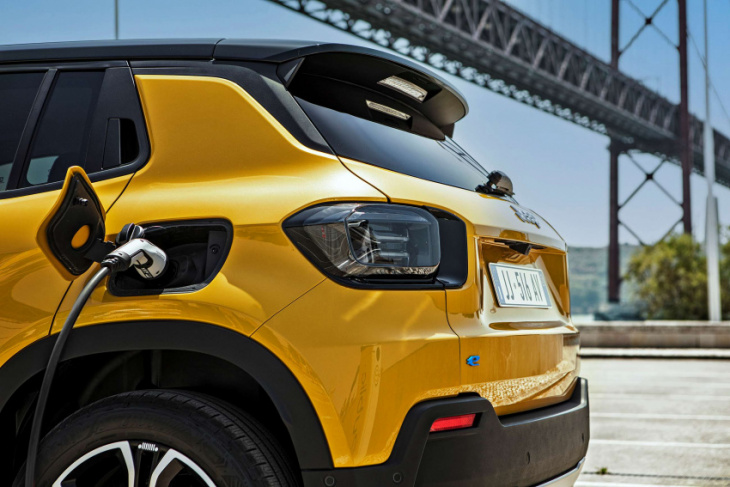 In great contrast is the Wagoneer S, a large and svelte-looking luxury SUV flagship. As well as an aerodynamic new body style and cool new details like the LED-lit seven-bar grille, it will come with terrain control systems for off-road driving but in league with a definite performance emphasis. Jeep has confirmed its electric motors will deliver 600PS (447kW) for 0-60mph in 3.5 seconds with enough battery power for a 400-mile range.

The Wagoneer S also gets an unveiling next year and hits US dealers in 2024, with Europe following. There’s one more all-electric Jeep due in Europe by 2025 but details of that one are still on the secret list. By 2030, Jeep says it will sell only battery-electric cars in Europe, signalling the end for the current line of 4xe plug-in hybrids.

Jeep boss Christian Meunier says the new models will be the most capable and sustainable Jeep SUVs to date. “Electrification is great for our brand, making it even more capable, exciting, sustainable and fun,” he tells us.