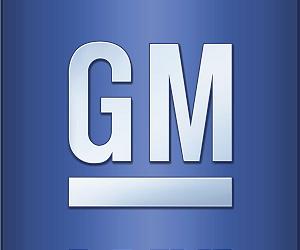 General Motors unveiled an electric sport utility vehicle Thursday with a starting price tag of $30,000, positioning the model for consumers priced out of the growing segment.

The 2024 Equinox EV, which will be available in fall 2023 has a starting price of $30,000, less than half the average price of EVs now available in the market.

“We are at a turning point where EVs will be the mainstream choice for the next generation of customers and Equinox EV will lead this charge for us,” said GM Chief Executive Mary Barra.

The launch is part of an aggressive EV build-out strategy by the auto giant amid a gradual industry-wide shift towards emission-free vehicles, which includes battery plants and massive investment under its Ultium banner.

“With the flexibility of GM’s Ultium Platform, we are bringing to market vehicles at nearly every price point and for every purpose.”

The gasoline version of the Equinox was GM’s second most popular vehicle in 2021 after the Chevrolet Silverado, a pickup truck.

GM described the model as part of the “compact SUV segment,” where it will be “the most affordable EV in its class,” the company said in a news release.

However, GM’s initial affordable EV offering, the Chevy Bolt, suffered from recalls due to battery problems.

GM had previously disclosed that the Equinox would be intended for middle-income consumers, saying in January the vehicle would start at $30,000 at an event to launch the electric Silverado.

The average price of a new electric vehicles was nearly $67,000, according to a July 2022 Kelly Blue Book estimate.

“We have very strong DNA — electrification is a means of reinforcing it,” the French director of the US automaker told AFP as the company presented its first electric models to the media.

Jeep plans to sell only electric vehicles in Europe by 2030 under the Dare Forward plans of its parent company, Stellantis, a US-European group whose other brands include Peugeot, Fiat, Chrysler and Alfa Romeo.

Battery electric vehicles will account for half of Stellantis car sales in the United States by the end of the decade.

The small and rugged Avenger has a range of 400 kilometres (250 miles) per charge.

Compared with petrol models it will be a “little heavier given its batteries, but the acceleration and the fun will be there,” Meunier said.

Another electric model adding to the Jeep line-up is the boxier, more off road-orientated “Recon”, replete with power-sliding roof and removable doors.

Recon will be launched in North America in 2024.

Jeep is also releasing an electric variant of its largest sport-utility vehicle, the 600-horsepower Wagoneer S, with a range of 600 kilometres.

The Avenger is slated to debut at the Paris Motor Show on October 17 and appear in showrooms from the first half of next year.

Production is due to begin in Tychy, Poland, in November at the Stellantis factory which rolls out the Fiat 500.

“We are designing and developing the most capable and sustainable Jeep SUVs to date, on our path to becoming the leading zero-emission SUV brand in the world,” said Meunier.

“Electrification is great for our brand, making it even more capable, exciting, sustainable and fun,” he said.

The electric line-up aims to help Jeep gain a bigger market share in Europe, as North America accounts for 60 percent of its sales.

“The all-new Avenger will offer Jeep brand capability that is rightsized for the European market,” said Antonella Bruno, head of Jeep Europe at Stellantis.

It “will appeal to a growing set of customers who are looking for a capable, compact, modern and all-electric Jeep brand alternative to the current players.”

Meunier said the new models would enable the producer to grow its long-term profile similarly to its recent inroads in Italy, home to one of the group’s founders, Fiat, and where Jeep assembles the Renegade and Compass SUV models.

It has carved out a four-percent market share in Italy.

In contrast, it requires a rethink in China following the collapse of a joint venture with Guangzhou Automobile Group (GAC).

Globally, Meunier said that “two or three years ago, when we were talking about electrification that was unimaginable for Jeep fans”.

But today 25 percent of Wrangler sales are plug-in hybrids, he said.

Patriotic Attempt All for naught eep is an Iconic brand that is famous for its offload capability. When Jeep became a part of Italian automaker Fiat they decided to head in a more “suburban” direction which saw the brand release soft offroaders like the Compass and the Patriot. We ...