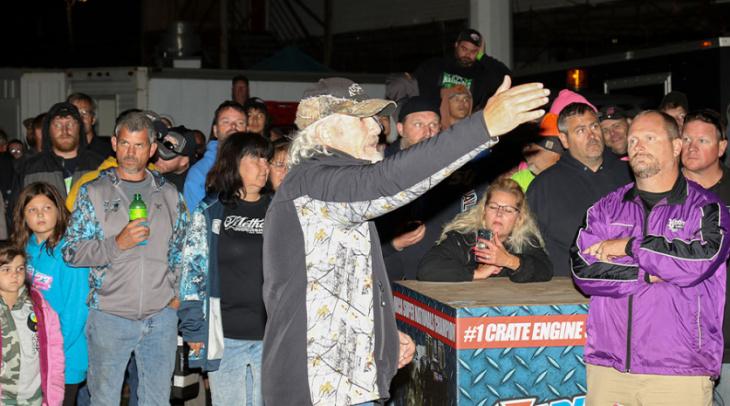 Stock Car champion Dallon Murty’s engine sold for $7,250, so each of the other 29 starters in that event got another $250 in addition to their posted purse shares.

The engine of Northern SportMod champion Matt Looft hammered at $5,500. The other 29 drivers in that event get another $189.66.

And Zach Olmstead’s Super Nationals winning engine sold for $3,000. The other 29 qualifiers for the Hobby Stock feature get another $103.45.

Berry, Looft and Olmstead each received new crate engines from the Karl Companies.

All auction proceeds have been mailed from the IMCA home office.