The 1960s was a time of free spirits and incredible new vehicles we loved to drive. Some of these models, which are vintage now, included the original Ford Bronco, Chevy Camaro, and Volkswagen Microbus. We might not want the original powertrains of these vehicles but could admire the vintage bodywork as an electric vehicle.

How can you have one of these vintage models as an electric vehicle? Tuning companies have performed restorations/modifications for many years. When put together, these vehicles are called restomods. The team at Kindred Motorworks now offers classic 1960s versions of three of the most iconic vehicles with electric powertrains.

What is the electric powertrain offered by Kindred Motorworks?

Gear Junkie gives us a look into the powertrain without all the details. The battery-powered Bronco could offer 200 miles of driving range, and the electric VW Bus might have 294 horsepower. This number is five times the power of the original Microbus.

The power for either of these vintage electric models comes from a 74-kWh battery pack and offers Level 2 charging capabilities. Of course, to handle the increased power of these electric-powered models, the brakes have been upgraded from the old-style brakes to a set of four-wheel power disc brakes for all models. 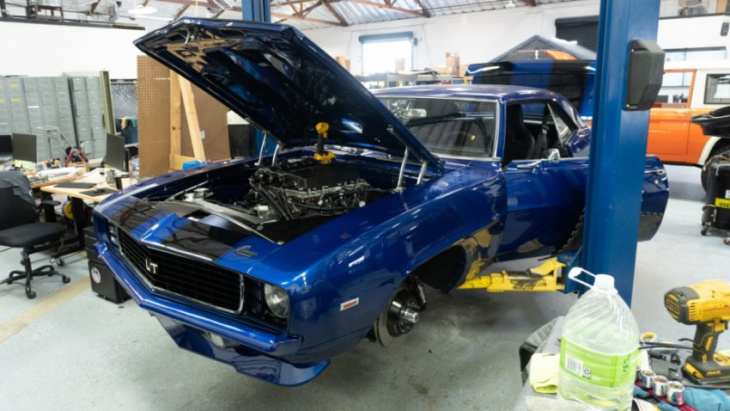 If you’re not ready to see one of these vintage models with an electric powertrain, Kindred offers gas options. The gas-powered Ford Bronco doesn’t have the original powertrain. Instead, it uses a classic 5.0-liter V8 engine. This engine delivers 460 horsepower and uses a 10-speed automatic transmission for the shifting. This upgraded powertrain makes this Bronco a classic looking modern restomod.

When you’re looking for one of the classic Chevy Camaros with a modern gasoline engine, Kindred Motorworks offers two options. The LS version brings a naturally aspirated 6.2-liter V8 engine that delivers 495 horsepower to the drive. Choose the LT trim, and you’ve got a supercharged version of the engine, increasing the power level to 700 horsepower. These high-powered first-generation Camaros could be some of the most powerful versions of this car ever made.

How much do these restomods from Kindred cost?

Prices for the restomods start with the gas-powered Ford Bronco, which comes in at $169,000. The gas-powered Camaro LT and electric VW Bus both cost $199,000 for the base version. Production for these modern classics begins in 2024.

What makes these vintage electric vehicles worth the price? 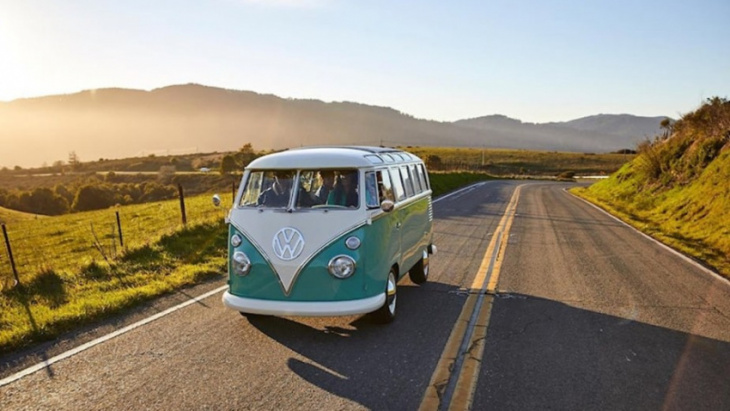 Developers at Kindred Motors spend more than 10,000 hours testing and developing these restored vehicles. These vehicles use modern powertrains with classic bodies and builds, whether powered by electricity or gasoline. As you might expect, these vehicles don’t come cheap.

Next, check out the new electric Jeep SUVs, or watch some of the Kindred Motors restomods in the video below:

Keyword: Can You Actually Have a Vintage Ford Bronco With an Electric Powertrain?