These two are more tightly matched than expected. 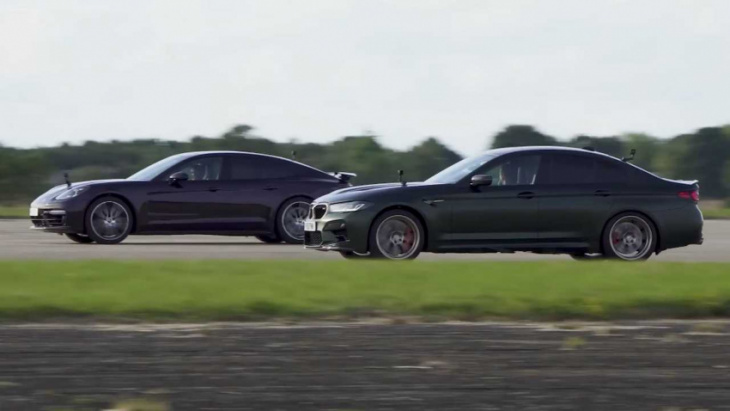 In the realm of performance sedans, the BMW M5 CS is among the most powerful out there. The German four-door is just hard to beat, numbers-wise, but that doesn’t mean that there isn’t a worthy rival.

We’re talking about the Porsche Panamera Turbo S and though we know that a major update is coming for the model for the 2024 model year, the current outgoing model is still very much a potent machine. Let the Porsche prove its worth in a straight line with this drag race versus the BMW M5 CS, courtesy of UK’s carwow.

Both German sedans are a beast in terms of numbers, but the BMW has a definitive advantage over the Porsche.

Meanwhile, the Panamera Turbo S also utilizes a twin-turbo V8 but with a slightly smaller displacement at 4.0-liter. It makes slightly less power though it’s important to note that the Porsche substantially produces more torque at 605 lb-ft (820 Nm).

The Panamera needed that extra oomph at the line, though, as it’s substantially heavier than the BMW by 562 lbs (255 kgs) or the weight of around three people. In a contest where weight is very important, this isn’t good news for the Porsche sedan.

That said, this drag race went down to the starting line, with results varying depending on how well the cars launched. But ultimately, one of them came out on top after three trials. Which do you think won? Let us know your thoughts in the comments section below.