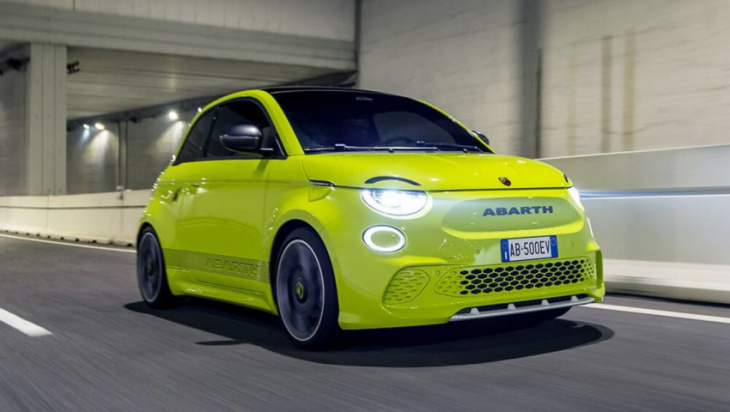 For the first time in its 70-plus year history the iconic Italian performance brand Abarth has launched a pure EV model, in the shape of the new Abarth 500e.

Powered by a 42kWh battery and a single 114kW/235Nm electric motor, the compact, front-wheel drive performance hatch is claimed by its makers to offer improved dynamics relative to the combustion-powered Abarth 695 it replaces.

Scheduled for local launch in late 2023 the new car has a longer wheelbase (+20mm) and a wider track (front and rear) for what Abarth says will be “quicker response, better corner entry, and a higher cornering and exit speed”.

The 500e features an 85kW battery charging system, with Abarth claiming (with sufficient charger input power) that 40km of range is available after five minutes, and 80 per cent of battery capacity is on tap after 35 minutes. Claimed range is 320km.

With the swap from combustion to electric power one missing element is engine noise, and Abarth’s technical boffins have introduced an “immersive sound experience” to replace it.

For example, turning the car on or off produces a guitar sequence inside the cabin, and the ‘AVAS’ (Acoustic Vehicle Alert System) gets a specific “jingle”. 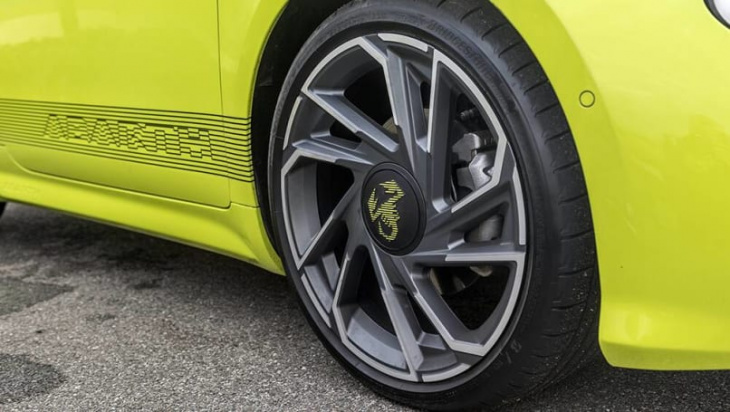 The first time you exceed 20km/h, a “strumming guitar” comes in again, while traditionalists can tune the ‘Sound Generator’ to what the maker calls “the unmistakable Abarth roar, faithfully reproducing the sound of an Abarth petrol engine”.

Time will tell whether a synthetic approximation will satisfy brand devotees. But Fiat and Abarth CEO Olivier Francois is confident it will, saying, “you may ask ‘why electric?’. Well, basically, performance made us do it: in fact, every change made in the Abarth is about getting the best driving performance.

“That’s exactly how our founder, Carlo Abarth, always went at it. So, from that point of view, let’s say that nothing has changed: better acceleration, better handling, more fun. And then there’s Abarth’s legendary signature: its sound,” he said. 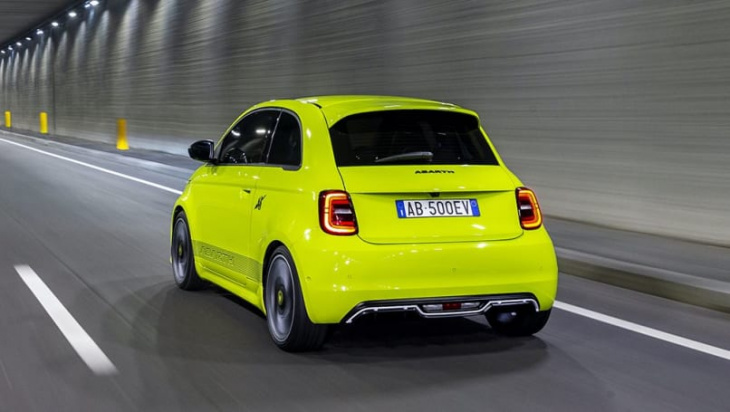 To launch the new car Abarth is building 1949 (Carlo Abarth founded the company in 1949) examples of the 500e Scorpionissima.

Offered in hatch and cabrio form the launch edition is finished in a choice of ‘Acid Green’ or ‘Poison Blue’ with specific Alcantara trimmed sports seats (the synthetic suede is also applied to the steering wheel and dash fascia). 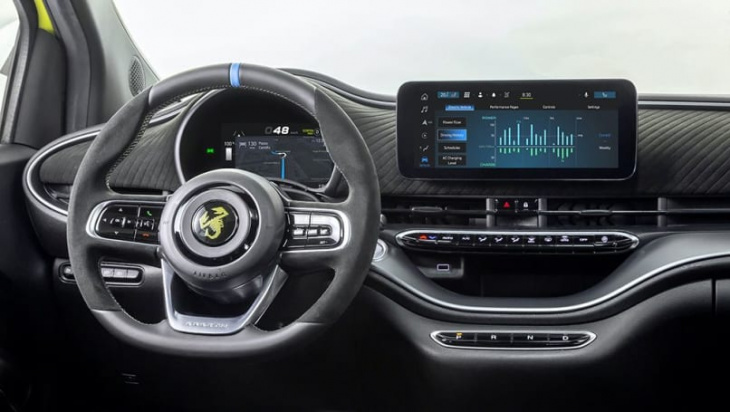 Inside is a 10.25-inch multimedia touchscreen.

Interestingly, the Abarth 500e is akin to a work of fan fiction with the company claiming dialogue with 160,000 ‘Abarthists’ around the world.

Through an initiative dubbed ‘Performance creators’ Abarth directly asked them for input on its future vehicles, with community members having their say on the 500e’s new sound and colours.

According to Abarth’s parent brand Stellantis exact pricing and specification will be released closer to the 500e’s Australian launch in late 2023.

Cupra has expanded the range of engine options in its performance-enhanced Leon range by introducing a mid-range 190hp 2.0-litre petrol engine for both hatchback and estate models, and adding the entry-level 150hp engine to the estate line-up. This is the second time in three months that Cupra has revised the ...

2022 Cupra Formentor VZx What is it? The newest offering from Australia’s newest performance brand. Cupra is the performance division of Spanish brand, Seat, which itself is part of the German automotive giant, Volkswagen Group. If that sounds a bit confusing, think of Cupra as the Spanish equivalent of ...

Ahead of its March-April 2023 Australian release and not even a year into Cupra’s Australian sales, local specifications for the 2023 Cupra Born have been announced. To be offered in a single high-spec variant down under, the Born will be the first fully electric car from the Volkswagen Group ...

The Cupra Born. Source: Volkswagen Cupra, one of the newest brands to enter Australia in recent years, has this week released the specification of its upcoming EV offering called the Cupra Born. It is set to be the first rear-wheel drive EV in Australia that will offer more than ...

The Born will be Cupra’s first fully-electric vehicle, bringing rear-wheel drive thrills and over 500km of range

A genuine Hyundai N and Toyota GR rival? Nah, Cupra is benchmarking itself against brands outside the auto industry

Another Opel or Infiniti? Cupra boss says brand will succeed where others failed thank to Volkswagen Group connections

Cupra Might Be Coming to America. What the Hell Is a Cupra?

Cupra boss: synthetic fuel may save petrol engines in the 2030s

Cupra has plans to be bigger than Porsche, Land Rover and Alfa Romeo thanks to an onslaught of fresh product in the coming years

Cupra Terramar, UrbanRebel, Tavascan locked in for Australia in 2025

Cupra Born EV won't be held back by poor supply

Cupra is working on a hybrid-electric yacht