The new Mazda CX-60 midsize SUV has been revealed today. The specs point to this being possibly the best Mazda ever. That’s because besides 323 hp-Mazda’s most powerful engine ever, it has impressive fuel economy figures, looks great, and is just the right size for most families. Lots of power, good looks, and great mileage too; the perfect combo. What could be wrong with that? 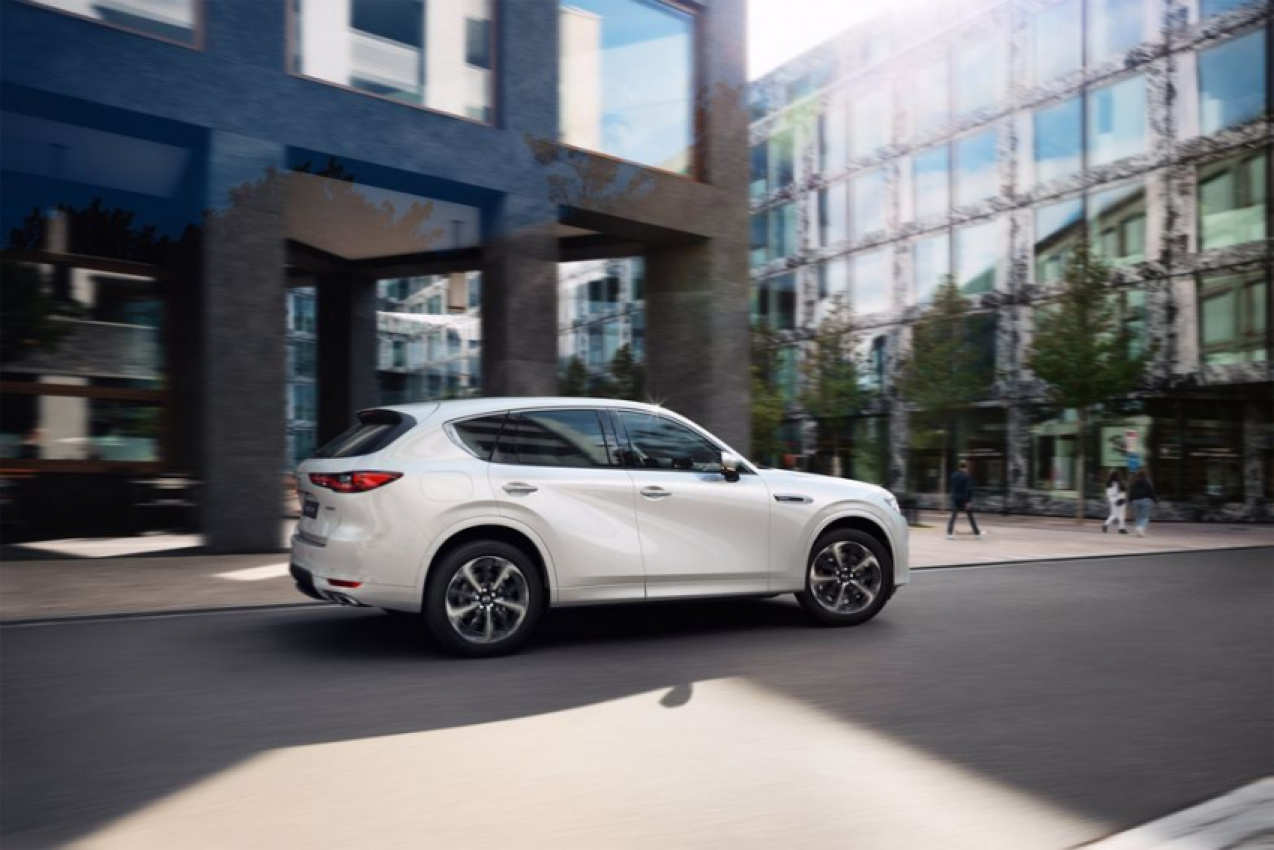 Well, right now Mazda has no plans to bring it to the US. That doesn’t mean we won’t get something like it, but it will be a larger SUV dubbed CX-70. Hopefully, that also means it will have more power, too. So there is a lot about the CX-60 you’ll want to know about.

Like the powertrain. This is Mazda’s first plug-in hybrid ever. It will be the basis for a variety of applications, and it features rear-wheel drive to boot. The new platform is called Skyactiv Multi Solution Scalable Architecture. It is an all-wheel-drive system, but it mostly spins the rear wheels.

The longitudinal 2.5-liter gasoline engine has 189 hp combined with the 134 hp electric motor. This combo puts out 369 lb-ft of torque. When switched to the lithium-ion battery only, it has a 39-mile range. The electric motor is in the transmission and applies power to the input shaft. 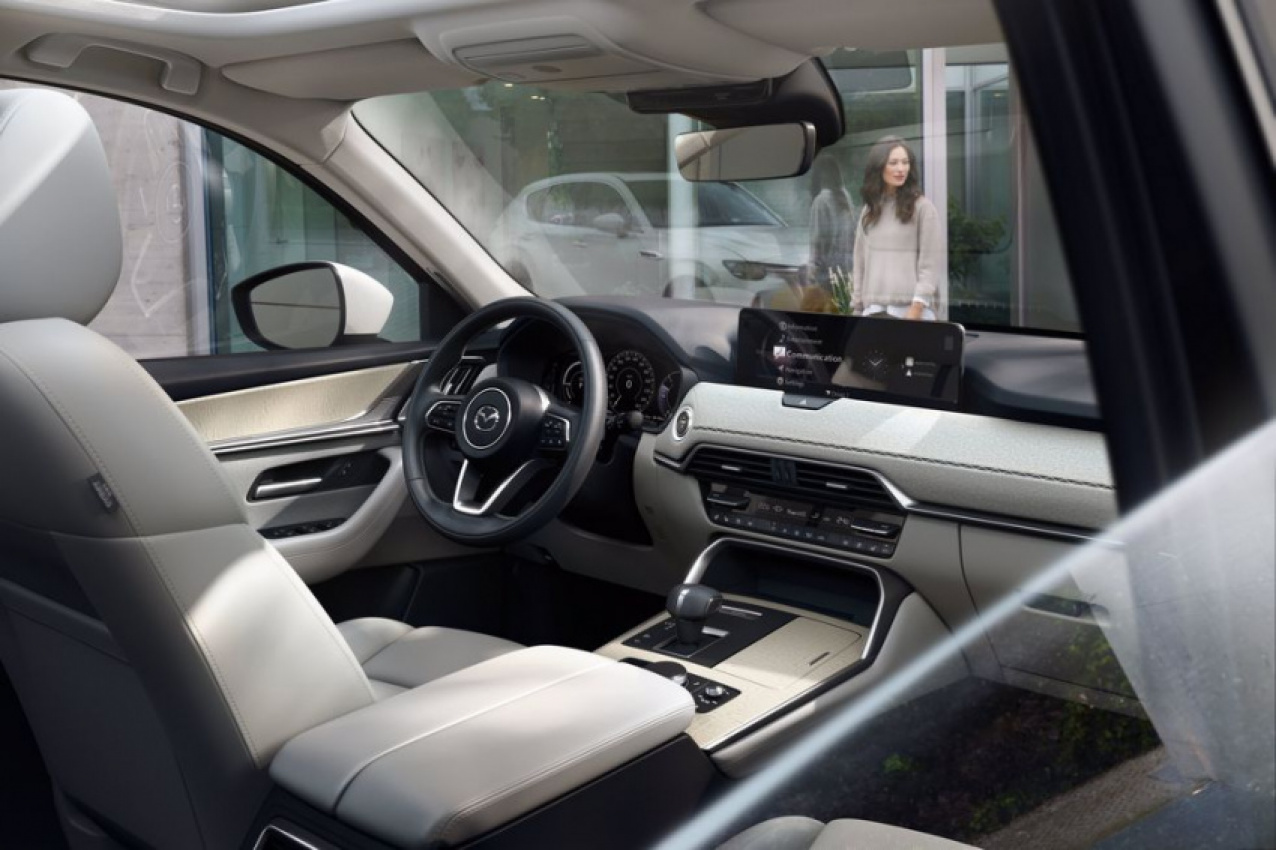 The two-row crossover has a 113-inch wheelbase, making it longer and slightly larger than the CX-50. That’s the other reason the US probably won’t get the CX-60; it starts splitting hairs with its smaller sibling. In that light, the CX-50 and coming two-row CX-70 comfortably fit into distinct segments. For 2024 a widebody CX-90 is also planned for the US. Replacing the CX-9, it will likely have the three-row feature.

Two other engines will also be available; the 3.0-liter e-Skyactiv X gas engine and 3.3-liter Skyactiv-D diesel engine. For added fuel economy both will be tied to a 48-volt mild-hybrid system. And all three will transfer power to an eight-speed automatic transmission.

The Kodo design language makes this look tall and narrow 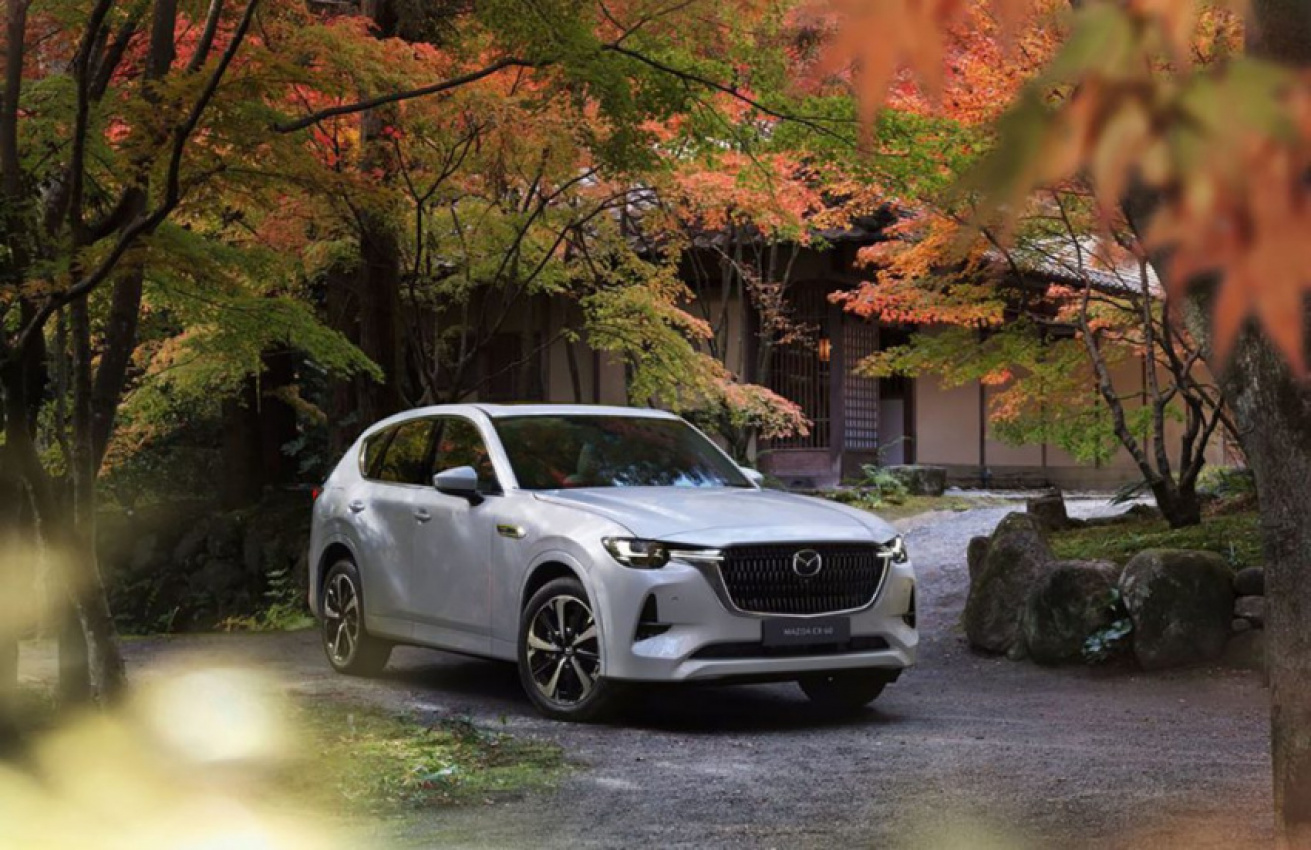 Outside, the design follows Mazda’s “Kodo” design language. Though looking a bit tall and narrow, it does feature the long hood indicative of a longitudinal engine arrangement. The dash-to-axle length isn’t the typically truncated look of most front-wheel-drive architecture. But we would like to have seen those wheels pushed out a bit for a better overall stance. 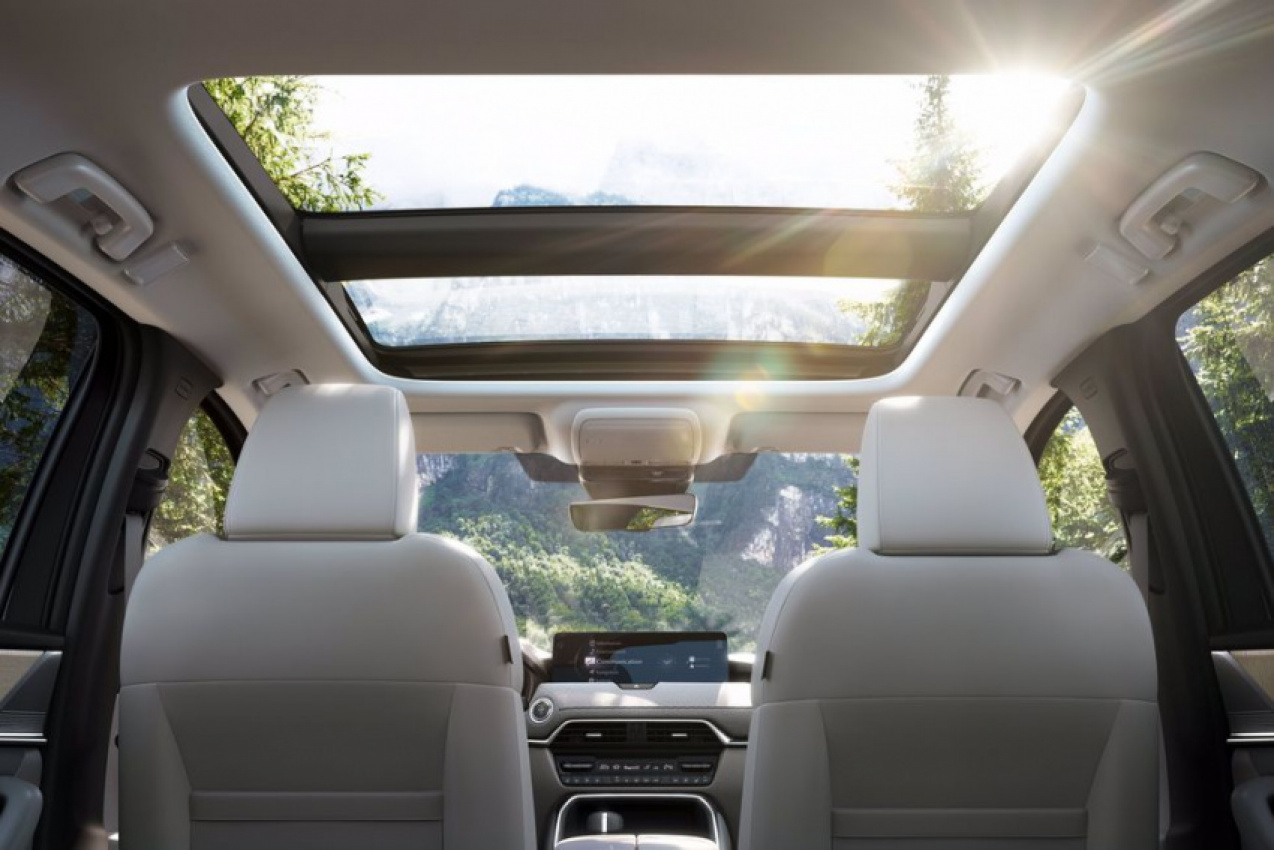 In the cabin, you will see a more luxurious interior than one would expect. But this follows along with Mazda’s announced plan to move up the ladder to become a luxury brand. The dash incorporates two 12.3-inch screens; one for the touchscreen and the other for the digital instrument cluster. Found throughout is a nice combination of Nappa leather, woven textiles, and wood accents.