Retro is the new modern. The week has been great for the Ford Bronco enthusiasts so far. On Monday, Ford unleashed the Bronco Raptor with its mighty 400+ hp 3.0-liter V6 engine, and yesterday, we saw a one-off Bronco that is going to be auctioned for charity. Today, we have yet another interesting Bronco and it comes from a customization shop near Columbus.

Rabid Customs took a Bronco Badlands as a base for its one-off project and ordered it finished in Eruption Green from the factory. The tuning specialists called their colleagues from The Tint Lab who did the vintage vinyl package that consists of contrasting yellow and orange stripes around the wheel arches and above the side skirts. Rabid Offroad stickers adorn the rear fenders. 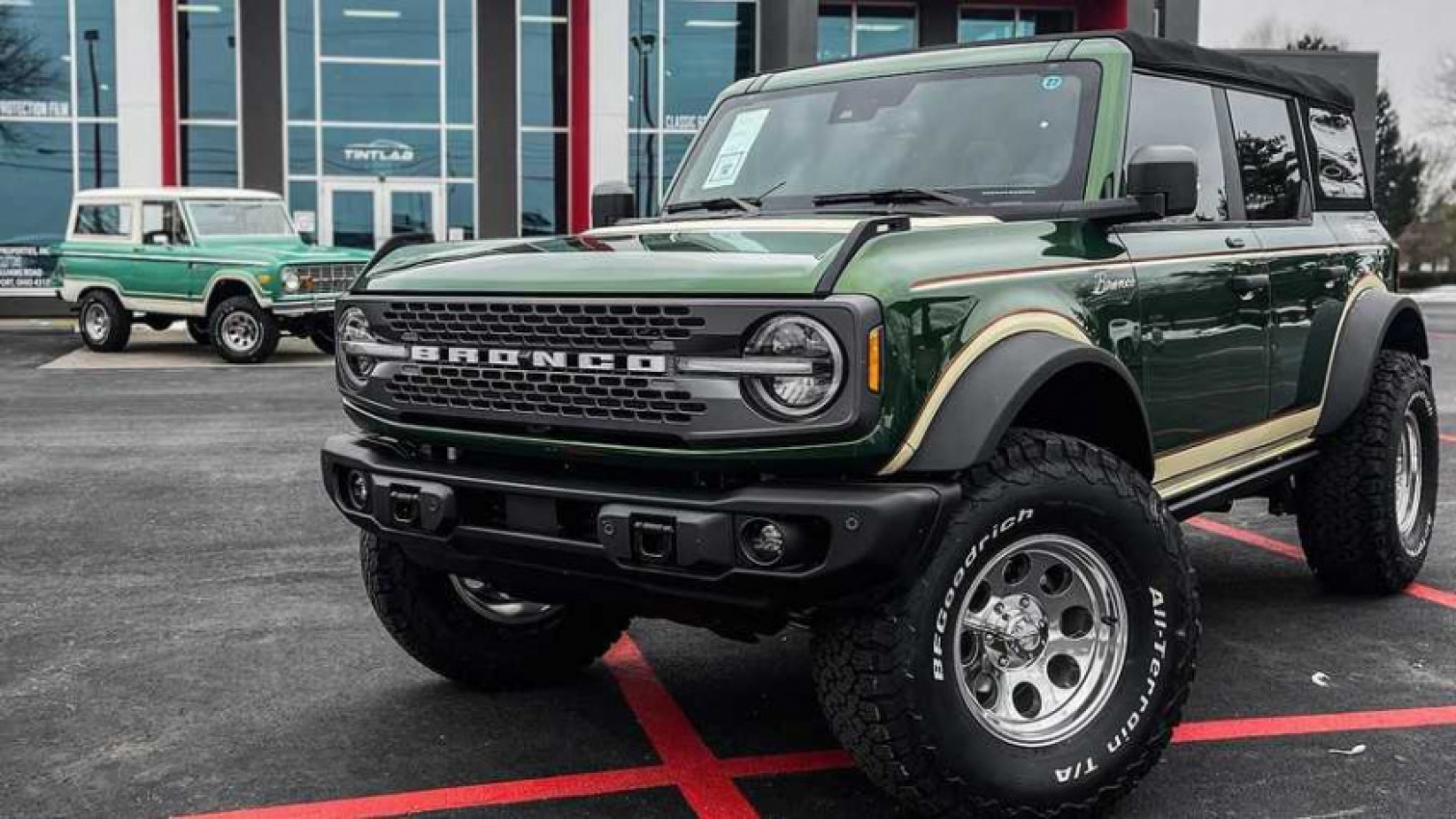 There’s more to the so-called Retro Rabid Bronco than meets the eye, though. The off-roader rides on a suspension fitted with a 2.5-inch lift kit and a set of Pro Comp 17×9 vintage 69 wheels wrapped in BFGoodrich all-terrain tires. The vintage vinyl job in combination with the lovely green color creates a very cool overall classic appearance, which is further enhanced by the chrome Bronco badges on the front fenders. The upgraded suspension and heavy-duty tires, meanwhile, ensure the off-road capabilities of this SUV aren’t compromised.

For now, though, the Bronco Raptor remains the most hardcore version of Ford’s off-road legend. With a starting price of $69,995, it’s also aggressively positioned on the market undercutting the Wrangler Rubicon 392 by $6,000, though it’s worth mentioning the latter has a larger and more powerful stock engine. Ford promises to have the new Bronco Raptor on sale later this year.

See our exclusive first look at the new Bronco Raptor below.