And could it come at a later date?

As the current owner of a 2021 Ford F-150 Powerboost living full-time out of a 20-foot travel trailer, I was eagerly awaiting the debut of the 2023 Super Duty. The biggest reason I bought an F-150 Powerboost was its ability to act as a mobile generator using the Pro Power Onboard feature to power my entire camper.

I was hoping the new Ford Super Duty would debut with Pro Power Onboard as well, and that its greater towing and payload capacities would allow me to consider upgrading to a much larger trailer with more amenities. Unfortunately, I only got half of what I wanted.

The 2023 Super Duty did debut with Pro Power Onboard, but only in its standard 2.0-kilowatt capacity. There are two other capacities offered on the smaller F-150: 2.4 kW and 7.2 kW. My F-150 Powerboost has the upgraded 7.2-kW capacity, which is what allows it to power everything in my rig all at once, from the outlets to the AC to the microwave to the fridge. With only 2.0 kW available, the new Super Duty will at best power a microwave, as long as nothing else is on. It wouldn’t have a hope of starting up an air conditioner.

2.0 kW can “power a job site or tailgate party,” according to Ford. It gets you multiple 110-volt household-style outlets in the cab, as well as two in the back of the bed. My F-150 with 7.2 kW of capacity also has outlets in the cab, as well as four in the bed plus the all-important 240-volt 30-amp outlet that my camper plugs into. The 30-amp outlet is the same as what you might plug a dryer or electric car into, and it’s what has me so bummed because it’s missing from the 2023 Super Duty. 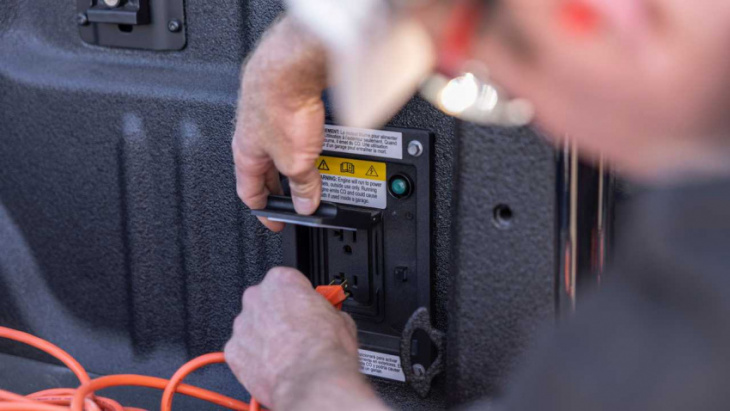 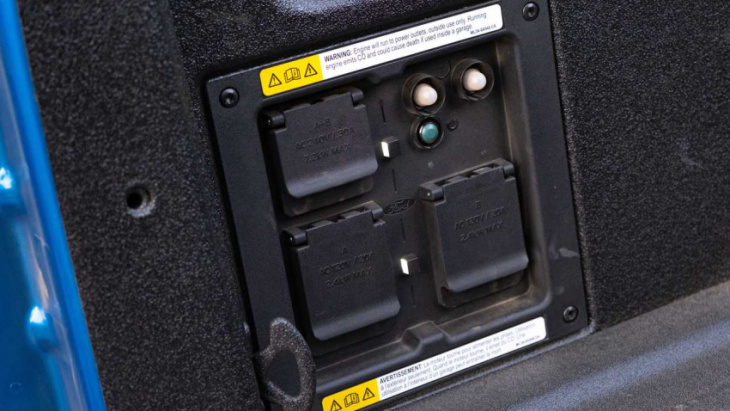 It’s dumbfounding to me that Ford wouldn’t offer the new Super Duty with Pro Power Onboard at 7.2 kW. Technical challenges aside, this feature on the F-150 Powerboost has been a breakout hit with nomads like myself. Originally marketed as the ultimate option for bringing portable power to construction sites, retirees and digital nomads have discovered this other use and ran with it.

Upgrading the F-150 Powerboost to 7.2 kW only costs a scant $750 – far less than an equally capable portable generator or solar setup costs. Plus, we can use Pro Power Onboard in campgrounds that don’t allow generators because it’s so quiet while operating.

Adding Pro Power Onboard 7.2 kW to the Super Duty could have made this HD truck the only choice for people towing large camping trailers. Ford could have locked up this market more than it already has; GM, Ram, Toyota, and Nissan have nothing like it to offer. 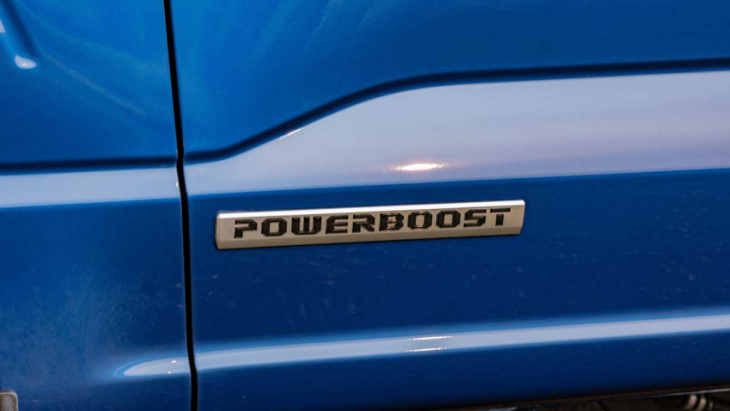 So what happened? Those aforementioned technical challenges are likely the culprit. The main difference between Pro Power Onboard’s three capacities is that the smallest one is offered on F-150s powered solely by a gas engine, and the two larger capacities are offered on the F-150 Powerboost, which has a hybrid electric powertrain that naturally comes with a large lithium-ion battery pack. It’s that large battery pack that allows for those larger power capacities.

While the 2023 Super Duty did see some new faces in its engine lineup, a Powerboost model with a hybrid powertrain was not among them. Ford, however, probably figured the Pro Power Onboard feature, even at its lowest capacity, would still be appreciated by Super Duty owners, so it was included.

That’s PR-speak for “I can’t say right now but here’s a morsel of hope.”

I asked Ford directly why Pro Power Onboard in larger capacities wasn’t included, and Director of North America Product Communications Mike Levine confirmed my suspicion that it would need the extra battery pack for it. The good news is that when I asked if a Super Duty Powerboost with a large battery pack could happen in the future, the response I got was, “We know how to do batteries and mobile generators.” I interpret that as PR-speak for “I can’t say right now but here’s a morsel of hope.”

What engine might power it? The F-150 Powerboost’s engine, a twin-turbo 3.5-liter V6, is probably not powerful enough to be considered for Super Duty… duty. Diesel engines are also usually avoided in hybrid applications, so the 6.7-liter Power Stroke diesel V8 is out. That leaves the Super Duty’s new 6.8-liter V8 or 7.3-liter V8 as the most likely candidates to hybridize. Or an entirely different engine we’re not aware of yet. 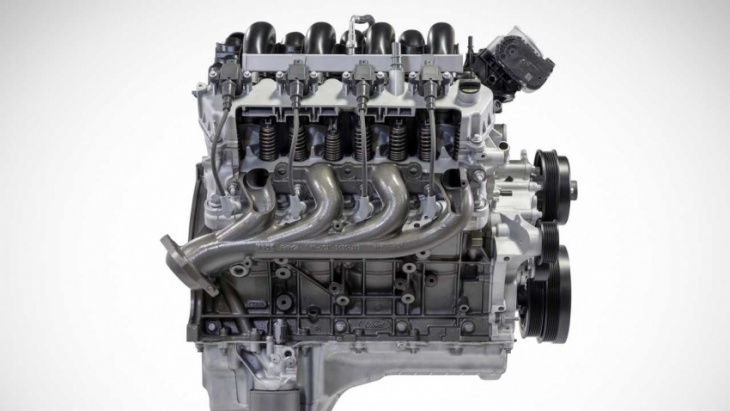 Of course, just like with the F-150 Powerboost, a hybrid Super Duty would have lower towing and payload numbers than its gas- and diesel-powered counterparts on account of the weight of its large battery pack. Even then, its numbers would likely be much higher than the F-150 Powerboost’s numbers.

A hybrid Ford Super Duty Powerboost with 7.2 kW of mobile generator capacity is my dream tow vehicle for a camper. I’m still bummed we didn’t get it. Until another competitor catches on and copies this incredible feature that literally powers my entire lifestyle, I’m left hanging with just a little hope it’ll come in the future. Maybe if every F-150 Powerboost owner let Ford know how we feel in the comments, it’ll get here that much sooner. 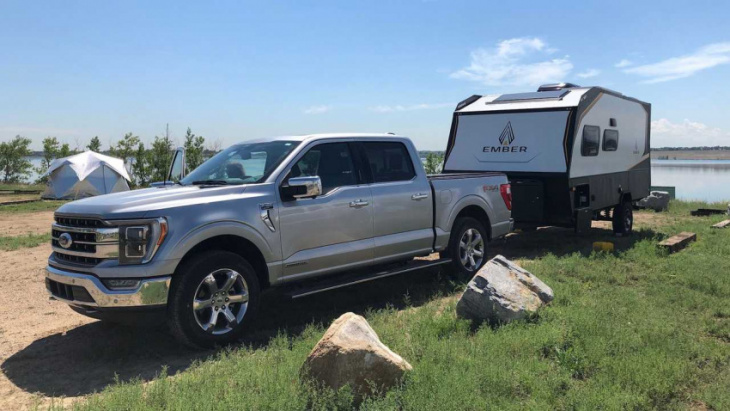