Today, Dodge and Ram are two separate brands owned by Stellantis. However, this was not always the case. Some people might remember the Dodge Ram. But why did the two brands separate, and what is the difference between Dodge and Ram? 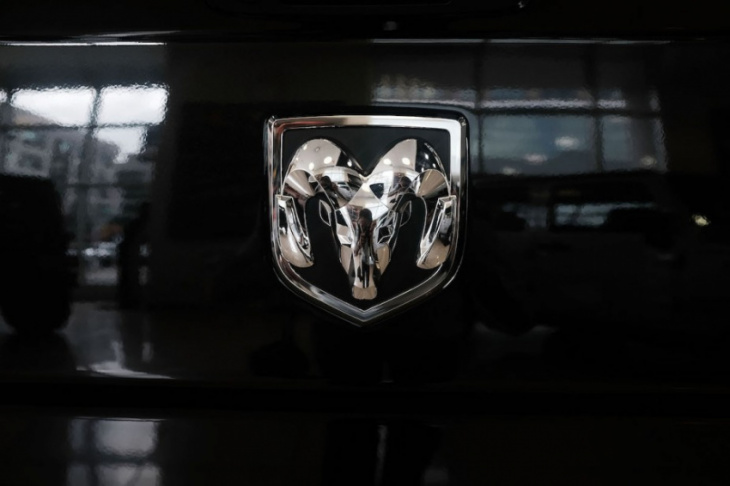 The history of the Dodge brand goes back to the start of the 20th century. According to Scott Evans Chrysler Dodge Jeep Ram, Dodge was founded in 1900. At the time, it was an independent company instead of a brand under the umbrella of a major manufacturer. This changed in 1928 when Chrysler purchased Dodge. It has remained a brand under Chrysler and subsequent companies leading to today, where it is part of Stellantis.

So, where does Ram fit in? It all started with a vehicle known as the Dodge Ram. Deery of Ames states that Dodge released the Dodge Ram full-size pickup truck in 1981. After this initial release, it became a staple of the Dodge lineup, and several trucks and commercial vans under the Dodge Ram name followed.

This changed in 2009. According to Green Dodge, Dodge’s parent company decided to split Dodge and Ram. Beginning with the 2010 model year, trucks were known as Ram instead of Dodge Ram.

Current differences between Dodge and Ram

Ram started as Dodge Ram before Chrysler determined it was best to split the two brands. Despite this name change, one thing that is not different is that they are still brands of the same parent company. After several rounds of restructuring, Stellantis gained control of several other brands, including Chrysler, Jeep, and Fiat.

Because Dodge and Ram are different brands, their logos differ as well. The image of the ram was once associated with all Dodge vehicles, but now Dodge’s logo is two red stripes. Meanwhile, Ram has adopted the iconic ram image as its logo.

The main difference between the brands is the type of vehicles produced. This was the primary reason the brands were separated since their vehicles cater to different audiences.

Dodge is known for performance cars like the Challenger and Charger that are marketed toward muscle car enthusiasts and other drivers focused on speed. Ram continues to produce trucks and commercial vehicles and is marketed to drivers who need heavy-duty work vehicles.

Since the brands were separated, their vehicles have focused on the niches of each brand. For Dodge, this means sporty performance cars; for Ram, this means trucks and similar vehicles.

According to Dodge, the current Dodge lineup consists of three vehicles. The two most famous Dodge cars in production today are the Charger and Challenger, both muscle cars. The third vehicle in the Dodge lineup is the Dodge Durango, a mid-size SUV. While an SUV may seem more appropriate as a Ram under the current brand division, the Durango is meant more for daily driving than work.

Ram lists eight vehicles for the brand’s current lineup. This lineup includes six trucks: the Ram 1500, Ram 1500 Classic, Ram 1500 TRX, Ram 2500, Ram 3500, and Ram Chassis Cab. The Ram Chassis Cab is designed explicitly as a truck for the job site. The final two Ram vehicles are the Ram Promaster and Ram Promaster City, which are both commercial vans.

Keyword: What’s the Difference Between Dodge and Ram?

Thieves Fail To Get Durangos From Dodge Factory

Watch the C8 Z06 Smoke a Dodge Demon on the Strip

High Before the third-generation body style was put out to pasture, Dodge implemented some big changes in its ’07.5-’09 heavy-duty Rams. Replacing the coveted 5.9L Cummins with the all-new 6.7L displacement version was perhaps the biggest news. The change occurred out of necessity due to stricter emission regulations taking effect ...

Ever since Dodge unveiled the Charger Daytona SRT concept, enthusiasts have been wondering if the company will allow aftermarket tuning of its EVs. Well, now we know the answer, and you might want to take a seat and have a warm cuppa ready. Talking to Muscle Cars and Trucks, Tim ...


View more: Dodge will lock out aftermarket tuners from EVs

It's the second consecutive year of sales dominance for the aging muscle car, besting the Ford Mustang and the Chevrolet Camaro.

Medium Following the half-ton body style change that took place in 2002, Dodge’s 2500 and 3500 series trucks received a fresh look for 2003—but the new look was only the beginning. The high output 5.9L Cummins option was graced with high-pressure common-rail injection and delivered 555 lb-ft of torque on ...

Dodge to introduce the final Last Call model at Last Vegas Motor Speedway The final Challenger or Charger was supposed to debut at SEMA 2022 but experienced delays The Dodge Charger Daytona SRT Concept will also be featured at the event to showcase the brand’s future electrified muscle Dodge ...

24-Valve Cummins More Fire For The V-10 Automatic Transmission Updates And A Six-Speed Manual Option Proven Chassis Rear Disc Brakes Easy Entry The Sport Group How Did The ’98.5-’02 Rams Stack Up? Medium By 1998, Dodge was still riding high on the success of its redesigned ’94 Ram—and rightfully ...

From the Golden Age of Hollywood to modern-day TV and movie magic, there has been no shortage of iconic cars to zoom across the silver screen.

The Used Dodge Charger Is the Most Interesting Car of 2022, According to TrueCar