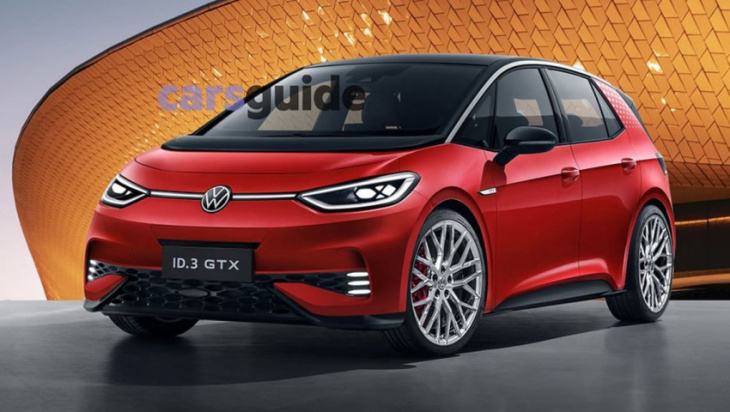 Volkswagen says to “expect a kind of stripped-down enthusiasm” for its incoming electric performance cars.

Volkswagen is finally on a massive electric car push in Australia after delay upon delay for its popular-overseas ID range.

With a new government in Australia and dropping demand in Europe due to increasing energy and fuel prices, the tables have turned, and the local VW division has been given the option to start production of right-hand drive versions for our market.

That hasn’t stopped VW from bringing its new range of R-branded combustion models to our market, which begs the question: what does the future of Volkswagen’s beloved go-fast GTI and R models look like in the era of electrification?

Speaking to CarsGuide at the launch of the new T-Roc R, Volkswagen Australia’s director of passenger vehicles, Michal Szaniecki, said it would not be long before we saw what’s next for the brand’s performance catalogue in Australia.

“There is a much more exciting chapter to come in what R means when it comes to our ID electric models. We are now agreeing with HQ in Germany on the start date for all of our ID range, this will include the GTX versions,” he said.

“We’re looking at a redefinition of what our performance range looks like. These X models will probably take the role of both GTI and R in the future. There will still be a clearly defined performance variant at the top of the range for each of the ID models, but expect it to be a much more simplified line-up.

“Expect a kind of stripped-down enthusiasm.” 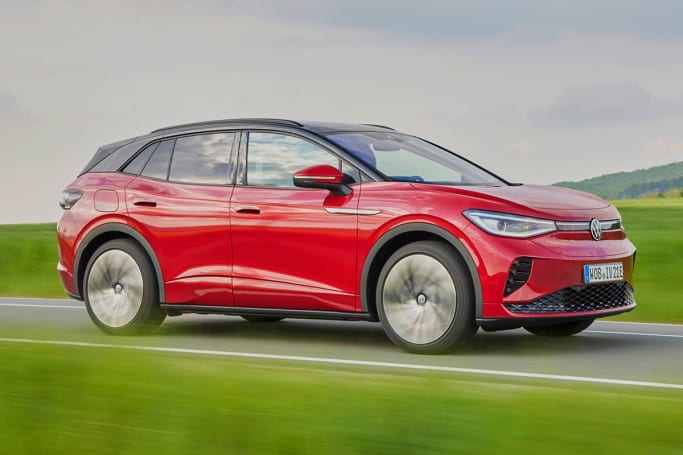 The first of Volkswagen’s ID.4 range will arrive toward the end of 2023.

For reference, the ID.4 GTX is the current performance option which sits atop the electric SUV’s range of variants. The GTX can be had with an electric all-wheel drive and produces 220kW/410Nm. It is exclusively available with the larger of two battery options available in the ID.4 range overseas, a 77kWh unit which allows a driving range of 500km.

The first of Volkswagen’s ID.4 range, a high-spec long-range version, expected to pack a rear-drive motor with 150kW/310Nm will arrive toward the end of 2023, with more variants both below and above to arrive at later dates.

Meanwhile, the ID.3 Golf-sized hatch does not yet have a GTX equivalent, with the range in its home market of Germany topping out with the Pro S (150kW/310Nm). Things could be different by the time the ID.3 arrives in Australia though, with the hatch delayed until late 2024 or 2025, with VW’s Australian division opting to wait for the hatchback’s mid-life facelift due around that time. 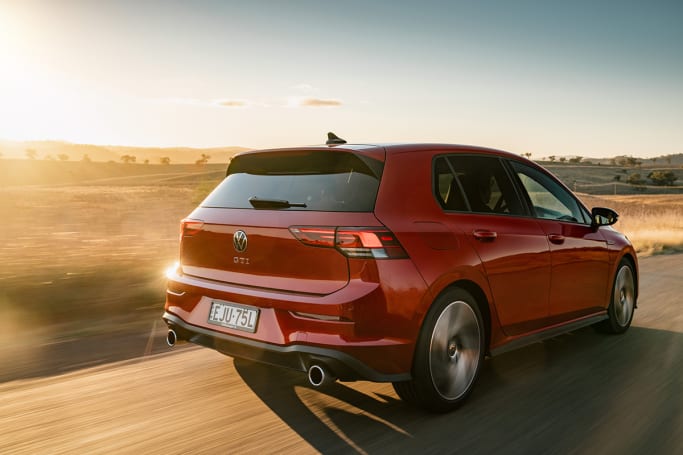 The GTI is everything you’d expect it to be, and more.

The mid-life facelifts for both the ID.4 SUV and ID.3 hatch will bring with them a shift from third-party battery technology, with the brand investing heavily in in-house battery production in the last few years. The first of the new Volkswagen batteries are due to hit the market in 2023 or 2024. VW says this new battery technology could end in a price reduction of up to 50 per cent compared to current technology, as well as a decrease in carbon footprint and an increase in recyclability.

With three new Rs launched in the last year in Volkswagen’s combustion range though, and one more to come in the form of the plug-in hybrid Touareg R, the end for fast Volkswagen combustion cars clearly isn’t over. Is there anything left to get the R makeover? 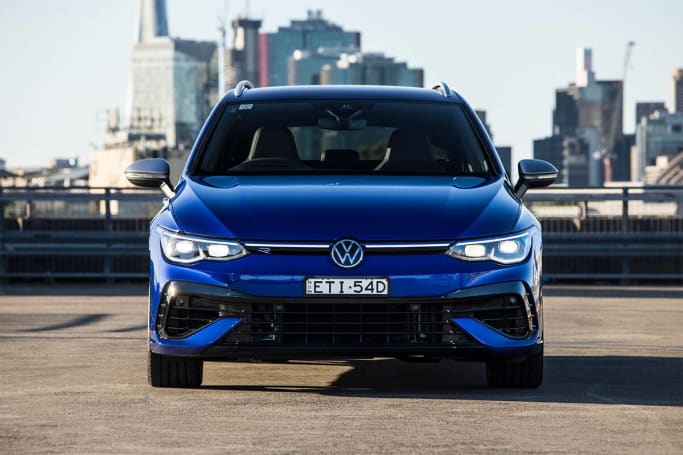 The end for fast Volkswagen combustion cars clearly isn’t over.

“Let’s put it this way, it’s unlikely we’ll see something like a Polo or T-Cross R,” said Mr Szaniecki, who also wouldn’t be drawn on the likelihood of an Amarok R to duke it out with something like its Ford Ranger Raptor relative, saying there would be “more to come” for Amarok, but that it was the domain of the brand’s commercial department.

Keyword: What is the future of Volkswagen's performance models? Will GTI and R live on in electric car future?