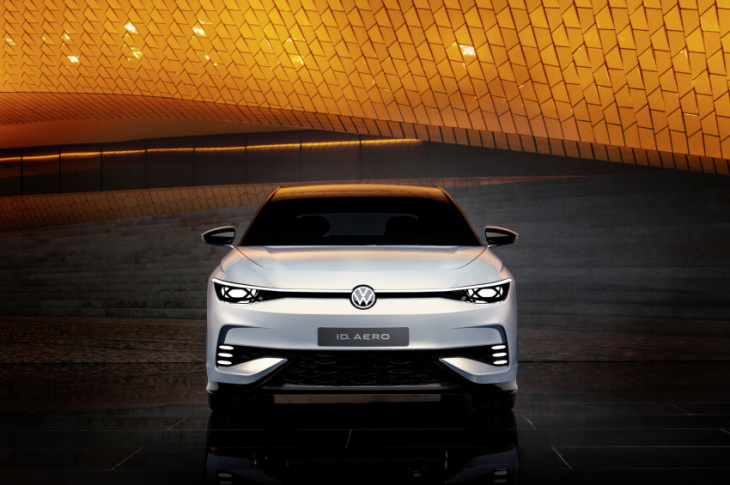 Volkswagen is making way for an all-electric vehicle to move into its lineup by removing a gas car from production as early as 2024.

The German automaker is reportedly preparing to eliminate the Arteon, a sedan expected to be removed from Volkswagen’s lineup in the next two to three years, a report from Automotive News suggests. The Arteon will instead be replaced by the ID. Aero, a vehicle Volkswagen is calling its “ID.family flagship.”

Unveiled in late June, Volkswagen said the ID. Aero will be sold globally but will first start in China. Volkswagen will launch the vehicle in Europe and then the United States, hopefully by the time 2023 comes to a close.

The Arteon has been a vehicle that hasn’t been a strong point of VW’s gas-powered sedan lineup. According to Kelley Blue Book, the vehicle sat alongside the more popular Passat, which was priced more affordably and offered relatively the same dimensions, space, and fuel economy. The Arteon is a sportier and more luxurious vehicle than the Passat has been, but if people wanted more luxury than the Passat, they simply went to VW’s brand that would suit their needs: Audi.

Audi’s comparable models offered more luxury and features for only a fraction more than the Arteon, which was priced at over $40,000. While Volkswagen would not confirm the plans explicitly, axing a struggling gas vehicle for an EV on a new platform that the automaker sees as a strong point moving forward is ideal, logical, and aligns with the company’s plans to transition to EVs.

Volkswagen has not released images of the official ID. Aero vehicle, but has shown concept images of what the car could look like when it is eventually released.

The ID. Aero, upon its release, will be Volkswagen’s third all-electric vehicle on the ID. platform that will be available for sale in the United States. The ID.4, which has been toward the top of crossover EV sales globally, will be followed by the reincarnation of the VW microbus in the form of the ID. Buzz. The ID. Aero will follow.

Concerns regarding the ID. Aero’s price have emerged from the initial report, as the vehicle will be manufactured in Europe and shipped to the United States for orders. This will disqualify the vehicle from federal incentives, which encourage automakers to build electric powertrains within the U.S. The starting price for the ID. Aero has not yet been announced, but don’t expect much relief from the tax credits unless Volkswagen changes up its plans and decides to manufacture the car in the U.S.

Keyword: Volkswagen makes way for next EV model by dropping a gas car from lineup

Volkswagen Passenger Cars Malaysia (VPCM) today announced the launch of its We Drive Football campaign that’s somehow tied into the marque’s commitment to embrace the passion, unity and diversity that comes with the footballing way of life. There’s also an aftersales initiative tied to it because apparently the two ...


View more: Volkswagen Malaysia kicks off its aftersales initiative under the We Drive Football campaign

We compare the SEAT Leon with the latest Volkswagen Golf to find out the similarities and differences. The Volkswagen Group is large and comprises a variety of manufacturers, from the more premium Lamborghini, Bentley and Porsche marques to more consumer-focussed brands such as Volkswagen, Volkswagen Commercial Vehicles, ŠKODA, SEAT, CUPRA and Audi. ...


View more: Is a SEAT Leon the same as a Volkswagen Golf?


View more: 3 Advantages the 2023 Nissan Murano Has Over the Volkswagen Atlas Cross Sport

What is the Volkswagen recall for? Why did Volkswagen delay a recall for so long? Why were affected Golfs built after the fix was corrected? It is disappointing that Volkswagen is again the subject of more questionable practices over safety and consumer relations. In the past, it was over ...


View more: Report: Volkswagen Kept Stalling a Golf Recall As Long As It Could Get Away With

New England is awash in crossovers, SUVs and pickup trucks, even more so, it seems, than the rest of the world. This was by no means scientifically tabulated, more of a casual observation on a two-day drive through upper New York state’s Adirondack Park, across Lake Champlain by ferry to ...

Another EV confirmed to launch in Malaysia soon, Volkswagen ID.4 to be previewed at VW Fest 2022