Updated MG Gloster teased ahead of its launch 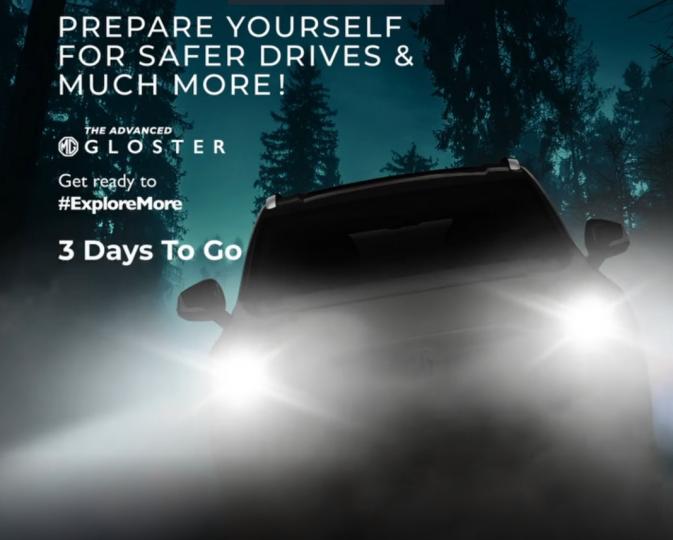 MG is calling it the “Advanced Gloster”, suggesting that the SUV could get new features.

MG Motor India has released a teaser of the Gloster on social media, suggesting that an updated version of the SUV could be around the corner.

As per the teaser, the Gloster will be launched on August 31, 2022. MG is calling it the “Advanced Gloster”, suggesting that the SUV could get new features.

The MG Gloster was launched in October 2020. At present, the 3-row SUV comes equipped with a 12.2-inch touchscreen infotainment system, a digital instrument cluster, a panoramic sunroof and a 360-degree camera. It also gets Level 1 Advanced Driver Assistance Systems (ADAS).

The updated Gloster is likely to be offered with the same 2.0-litre diesel engine. It comes in two states of tune – a single turbo version with 161 BHP and 375 Nm and a twin-turbo unit that puts out 215 BHP and 480 Nm. The latter comes with a shift-on-fly 4WD system. An 8-speed automatic transmission is offered as standard across both engine tunes.

Keyword: Updated MG Gloster teased ahead of its launch

Mercedes-AMG One finally goes into production