…while another ID. Buzz concept actually IS a fridge. Check out these IAA 2022 showcases 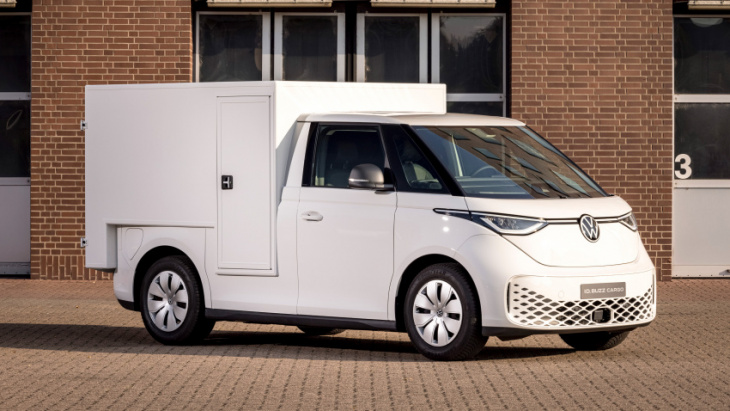 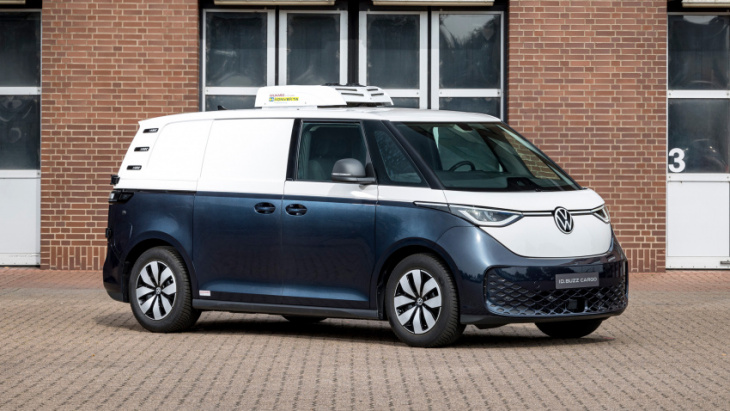 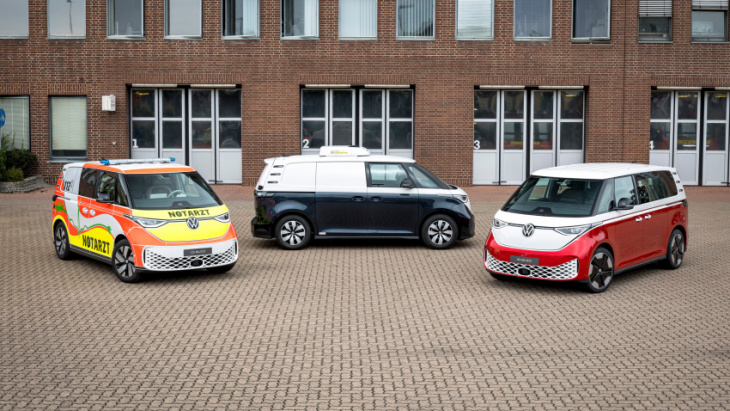 Now that we’ve driven the ID. Buzz and the ID. Buzz Cargo, VW has embarked on the next phase of its ‘here’s why you should buy our electric van’ plan by showing people and businesses how they might use it.

Hence the commission of a quartet of ID. Buzz concepts, including the fridge-on-wheels at the forefront of the gallery above. That, ladies and gents, is a Buzz Cargo with a ‘box body’, courtesy of ‘superstructure specialist’ Veth.

The, er, practical shape ups the space inside from 3.9 cubic metres to six point zero, designed for couriers with many parcels and packages. Doesn’t do much stylistically though, does it?

Ironically, next up is another Buzz Cargo that actually is a fridge on wheels: that more conventional-looking white-and-dark-blue machine has been adapted by Wukaro, and is aimed at city centre deliveries of frozen food to restaurants and the like.

And no, that’s not an engine air intake atop the roof, it’s a 230V electric cooling system powered by four lithium-ion batteries secreted in the wheelarches. Apparently good for six-to-eight hours of independent running…

On the road in the new Volkswagen ID. Buzz

Then you’ve got an ID. Buzz Flex-Cab concept (a five-seater with a configurable layout) and finally a ‘paramedic’s vehicle’ fitted with everything a first-responder might need to keep you alive.

The lights and sirens run on a separate battery system by the way, so rushing you to A&E on blues and twos won’t result in a fatal loss of range. Phew.

Got any other ideas for VW to riff on for our amusement?

Keyword: This Volkswagen ID. Buzz concept looks like a fridge…