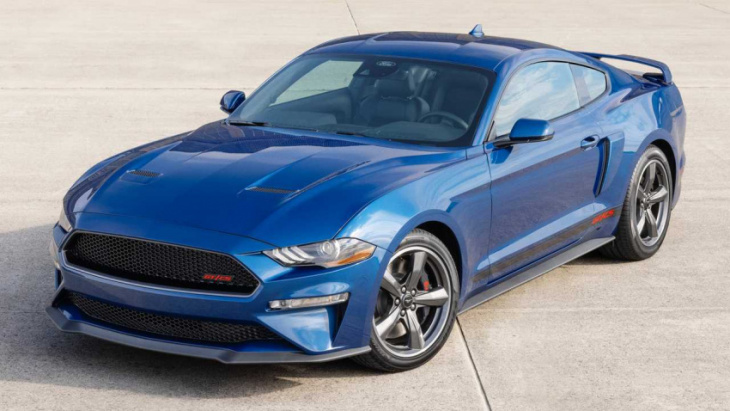 Car thefts continue to plague Ford, with thieves getting away with over a dozen Mustangs last week. It’s the latest in a string of brazen larcenies that have targeted automakers in recent months.

Thieves stole 12 to 15 new Mustangs around 2 a.m. on September 13, and police have recovered two so far, according to Fox 2 Detroit. The incident happened at Ford’s Flat Rock Assembly Plant in Woodhaven, Michigan. This is the third reported theft from the factory that produces the Mustang.

Woodhaven Deputy Police Chief Jeffrey Brust told Fox 2 that he does not believe these incidents are isolated events. He told the news station that he thinks that the thieves are working in teams and know where to find easy targets.

Thieves have also targeted the Ford F-150 Raptor. In June, police recovered 13 Raptors that had been stolen from Ford’s Dearborn Truck Plant. Not only did police find the vehicles damaged, but some were reportedly in various states of disassembly. In July, thieves attempted to steal more Raptors, but police quickly responded. Officers pursued one of the vehicles, arresting several people and recovering the truck and a stolen Ford Mustang Shelby GT500.

Surprisingly, Ford wasn’t the only automaker targeted on September 13. In Warren, Michigan, thieves stole at least two Jeep Wagoneers; however, police believe they are looking for at least five or six stolen vehicles. Police were able to find the two, but the suspects got away.

The Flat Rock Assembly Plant experienced its first theft in December 2021. Thieves used one Ford Mustang Shelby GT500 to ram a security gate, allowing thieves to take three other GT500s without damaging them. Police recovered two of the vehicles that night.

In late August, police arrested juveniles caught attempting to steal from a Stellantis storage lot at the company’s Jefferson North Plant in Detroit. The youngest was 11 years old. The kids were trying to steal Dodge Charger and Challenger Hellcat models, which would have been a daunting driving experience for the young, inexperienced drivers.