Some say you should be judged by how you deal with failure. If that’s the case then BMW’s response to being thrashed in the 1972 European Touring Car Championship has to be regarded as one of the finest moments in motorsport history.

Stung by defeat at the hands of Ford, BMW created its Motorsport division. For 50 years it has been a source of success for the Bavarian manufacturer in touring car racing, sportscar competition and Formula 1, not to mention some of the greatest road cars of all time.

Ford team manager Jochen Neerpasch was recruited for the project and along came other key figures, including Ford’s 1972 DRM champion Hans-Joachim Stuck. The bewinged 3.0 CSL (actually with 3.3-litre and 3.5-litre versions of the sweet straight-six engine) swept Ford aside in 1973, Toine Hezemans taking the ETC drivers’ crown. BMW also topped its class at the Le Mans 24 Hours. Mission accomplished. But really it had only just begun.

The competitiveness of the ETC fell away during the rest of the decade, apart from the arrival of the rapid but unreliable Broadspeed Jaguar XJ12C that should have been more successful, and BMW drivers would take every crown from 1975 to 1983. Those successes were largely left to privateer teams, but BMW Motorsport’s wider presence increased with the Junior programme, the fire-breathing Group 5 320i Turbo and then the M1.

The initial idea to work with Lamborghini on the M1 failed and the mid-engined supercar’s success in endurance competition was limited, but the Procar Championship made the M1 a regular feature of F1 weekends and is fondly remembered as one of the great one-make series.

Although the M1 was also produced as a road car, the arrival of the E12 M535i in 1979 took the Motorsport division down a new path. The super saloon was the start of a string of road machines that would become legendary, including the M3 and M5, creating a strong brand that continues to sell cars to this day. 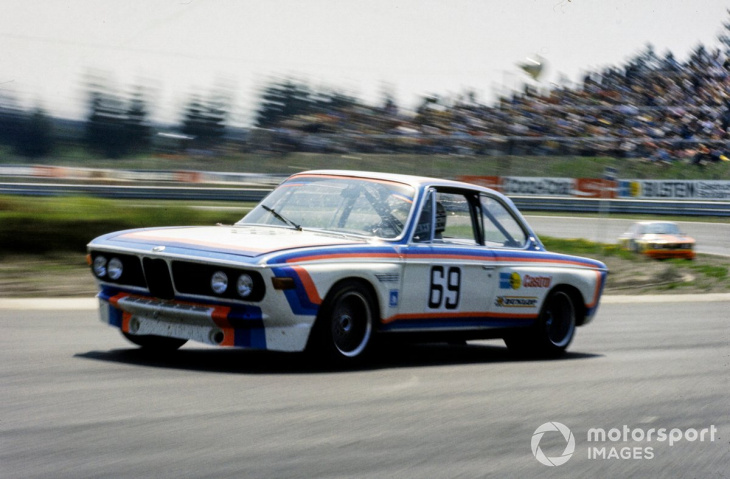 The 3.0 CSL established BMW as a motorsport powerhouse in 1973 as it won the European Touring Car Championship and Spa 24 Hours

In motorsport, BMW’s attention turned to F1 in the early 1980s. It had scored European F2 success throughout the 1970s, usually in March chassis, and had experience with turbocharging in tin-tops. F1’s turbo era appealed (eventually – BMW’s board was not initially keen), and new Motorsport boss Dieter Stappert helped broker a deal for BMW to go into partnership with Bernie Ecclestone’s frontrunning Brabham team, engine genius Paul Rosche overseeing the inline-four turbocharged M12/13.

The project was a rocky one at times, the engine proving unreliable and Brabham returning to the Cosworth DFV until BMW issued an ultimatum. But Nelson Piquet helped push the programme along and took a crucial win in the 1982 Canadian Grand Prix, just a week after his BT50 had failed to qualify in Detroit.

All the while BMW had continued to compete at the front of international touring car racing, first with the shark-nosed 635CSi and then with the iconic and boxy E30 M3

A switch to a digital electronic control system and special fuel to help cure detonation problems were the final pieces of the puzzle in 1983. Piquet famously snatched the title from Renault’s Alain Prost at the South African finale in Gordon Murray’s BT52. It was the first F1 championship won by turbo power.

BMW also supplied powerplants to ATS, Arrows, and Benetton, although there were no more titles before it withdrew at the end of 1987, leaving Arrows to run the Megatron-badged engine.

All the while BMW had continued to compete at the front of international touring car racing, first with the shark-nosed 635CSi and then with the iconic and boxy E30 M3. The agility and reliability of the M3 allowed it to take on more powerful machinery, principally the turbocharged Ford Sierra RS Cosworth. Roberto Ravaglia and his Schnitzer-run M3 won the inaugural World Touring Car Championship and there were further successes around the globe, including in Britain, Australia, Italy and the German DTM.

PLUS: The BMW game-changer that monopolised the tin-top world

BMW remained at the forefront during the big-budget Super Touring era of the 1990s, with two and four-door versions of the E36 3 Series, which also sprouted wings after Alfa Romeo upped the aerodynamic ante in 1994. Its last major success was Johnny Cecotto’s 1998 Super Tourenwagen Cup title with Schnitzer, by which time BMW had linked up with Williams and was eyeing F1, as well as Le Mans success. The V12 LMR won the French endurance classic in 1999 and BMW stepped back into F1 the following year. The partnership could be described as moderately successful, but did not deliver a title. The P80 V10 was often regarded as one of the period’s most powerful, but Williams lagged slightly behind in the aero and chassis stakes, and Ferrari was in the middle of its strongest epoch with Michael Schumacher. There were 10 GP wins and Williams twice finished second in the constructors’ championship before the relationship broke down.

PLUS: How BMW took Williams to the brink of racing glory and back

Frank Williams and Patrick Head didn’t want to relinquish control and instead BMW bought Sauber ahead of 2006. The combination came on strong and Robert Kubica briefly led the 2008 standings thanks to victory in Canada before BMW fell away, taking third in the constructors’ championship. The F1.09 was not a successful response to F1’s new rules and BMW sold the team at the end of 2009.

PLUS: How BMW-Sauber blew its chance of title glory

During the 2000s, BMW’s success in tin-tops had continued. The Super 2000 versions of the E46 and E90 3 Series were competitive in the revived WTCC, Andy Priaulx scoring a hat-trick of titles between 2005 and 2007. BMW also helped launch the careers of many drivers with its Formula BMW entry-level single-seater category, using Mygale chassis.

Since then, BMW has been a key player in the competitive GT3 arena, run a brief GTE programme with the M8 and entered, then withdrawn from, Formula E. Now it’s heading back to the top level of international sportscar competition with the M Hybrid V8 LMDh contender, which celebrates BMW Motorsport’s half-century and is being developed in conjunction with powerhouse single-seater constructor Dallara.

PLUS: Why BMW shouldn’t be overlooked on its return to prototypes

Not bad going for a story that began because of the Ford Capri. 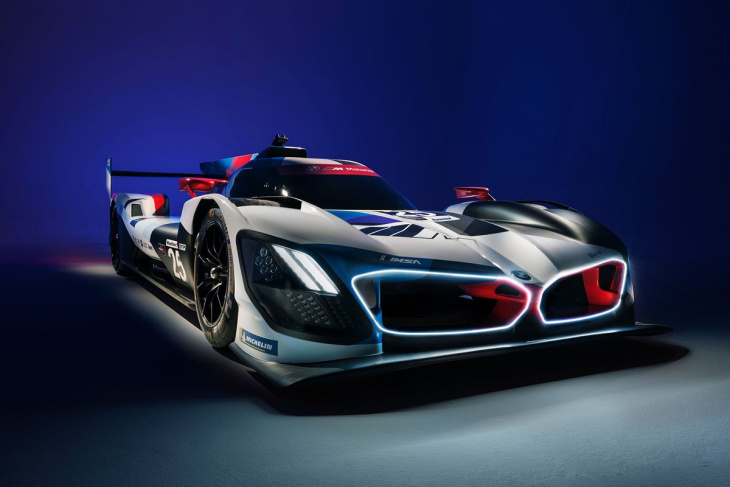 Keyword: The ultimate BMW racing machines that resulted from a humbling failure