The 2022 Goodwood Revival's Lavant Cup wasn't kind to a handful of MGB racers. 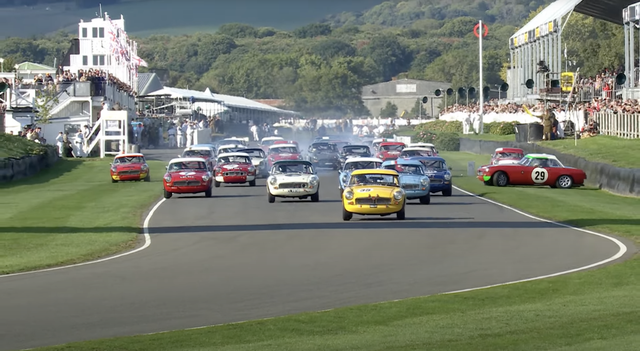 The Goodwood Revival is one of the great annual racing weekends in the world. Hundreds of vintage sports cars and motorsports icons come together every fall to battle it out in various different races on the famed Goodwood Circuit, with all of the rubbing and bumping that one might hope to see from proper wheel-to-wheel racing. Thanks to Goodwood’s own YouTube channel, we now have a chance to relive the 2022 Lavant Cup. If you’re an MG fan, you might want to click away now.

The original Lavant Cup was held at Goodwood between 1949 and 1966, and was home to everything from Formula 2s to full-blown sports car racing during its tenure. The name has been revived for the annual gathering, and for 2022 was dedicated to the MG MGB. Over 500,000 MGBs were built between 1962 and 1980, making it one of the most popular roadsters in the world. The MGB was also successfully campaigned in a variety of series during its production tenure, perhaps most notably taking home a class victory at the 1967 running of the Sebring. Not so bad for a car making little more than 100 hp on a good day. Getting a chance to see a whole grid’s worth of these things lined up is already an exciting proposition, but this year’s event featured a bit more drama than one might expect. More specifically, the event was home to more MGB-related carnage than ever before seen on the web.

Almost as soon as the 25-minute race begins, crashes start. Cars in the back of the grid were slowed due to some front-runners taking a bit of an easy-going start, which ultimately saw a few rear ends smashed up by faster moving vehicles. A pair of racers are immediately brought off the track after a collision, while others spin and slide off the track in an effort to avoid the same fate. By the time the field has made it through the first corner, the battle damage from the start of the race is already on full display. Smashed bumpers, broken lights and billowing plumes of smoke aren’t hard to locate. By the time the MGBs get halfway around the famed circuit, a yellow flag has already been dropped. After a lap under safety car escort, a red flag is flown to signify a full-blown restart.

Things get going again around the 23:45 mark in the video, this time with far less action at the starting line. Things don’t stay entirely clean for the rest of the race mind you, as there are plenty more spins and points of contact to behold. The MGBs continue to fight it out however, regardless of the knackered appearance of a large chunk of the participating racers. In the end, driver Ed Foster would manage to take the overall victory after a late move to first, joined by Maclcolm Gammons and Nick Maton on the podium. If you only watch a single motorsports clip today, this is the one to spend some time on. 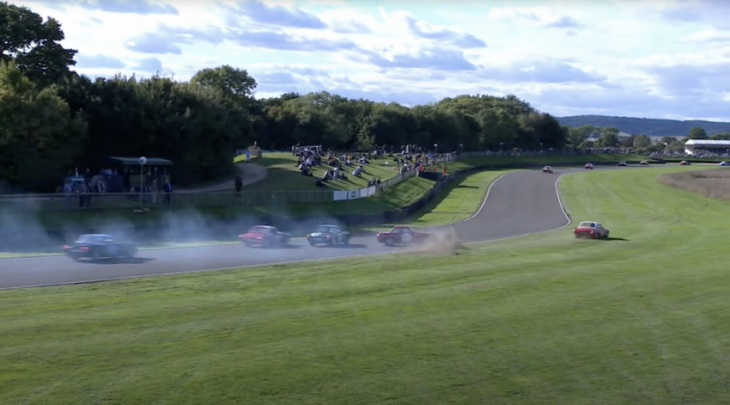 Keyword: The Sheer Amount of MG Carnage in This Race is Unrivaled

The Mercedes-AMG Formula 1 team switched from diesel to biofuel How far did the Mercedes-AMG PETRONAS F1 team travel to test this out? The Mercedes F1 team uses more fuel on the road than at the race Formula 1 has been pushing for greener solutions to the travel-heavy sport. ...

The MG 5 is one of the cheapest electric cars on sale, and the only electric estate, but is it any good? We're living with one to find out...

Mercedes-AMG One finally goes into production