Ferrari doesn't call the Purosangue an SUV, but it's part of an exclusive segment where 15,000 super SUVs are sold each year. 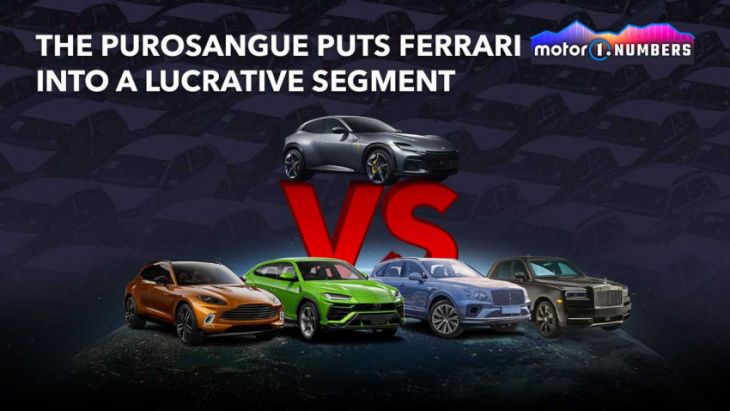 One of the most anticipated cars of the year has finally been unveiled: the first SUV in Ferrari history. Although in Maranello they claim that the Purosangue is in a class of its own, the public can now get to know the latest product from Ferrari after many years of speculation. The Purosangue is one of the very few vehicles that both the press and the financial world are paying attention to. It means a lot to Ferrari.

Leaving aside the technical specifications and design of the Purosangue, this vehicle puts Ferrari in a totally different market sector. While the brand doesn’t consider it an SUV, it’s clear that this new product is Ferrari’s answer to the SUV boom that has spread to the upper luxury segments. Rolls-Royce, Bentley, Aston Martin, and Lamborghini are part of it.

I call it the luxury F-SUV segment and last year it found more than 14,200 new customers, namely those who bought the Bentley Bentayga, Lamborghini Urus, Aston Martin DBX, and Rolls-Royce Cullinan. Their combined sales are up 40 percent from 2020 and are expected to grow even more in 2022. The four models, with different pricing and positioning, have seen a double-digit increase, with the Aston Martin up over 400 percent. 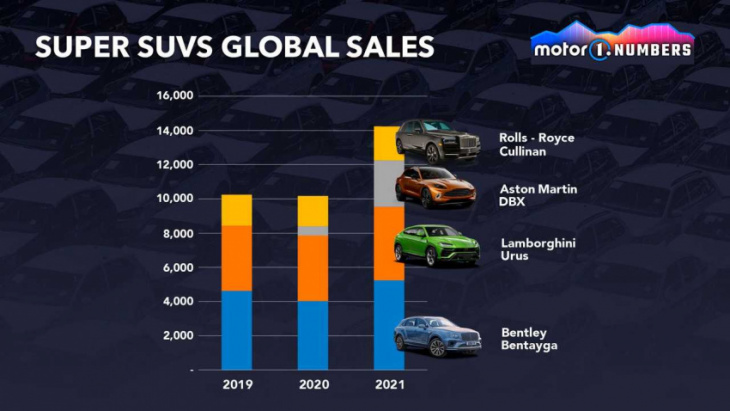 These super SUVs are mainly sold in the US and Canada, where 31 percent of global volume was located in 2021. Demand has risen 46 percent to more than 4,400 units. The second-largest market for this segment was China, with more than 3,700 units sold, up 23 percent.
Europe came in third with 3,622 units, up 33 percent compared to 2020. Among these markets, the UK is the leader with 40 percent of the European total, followed by Germany with 26 percent, Switzerland with 6.3 percent, Italy at 5.1percent, and France with 3.0 percent.

In terms of market penetration within SUV sales, Monaco took the lead as it accounted for 4.8 percent of the volume. Singapore followed at 0.8 percent, with San Marino next at 0.5 percent, Andorra with 0.4 percent, and Qatar at 0.3 percent.

Based on the information and official photos provided by Ferrari, the Purosangue appears to be the right product with high potential. First of all, the positioning as another four-passenger sports car aims to align the new vehicle with the rest of the range and not as a totally different Ferrari. 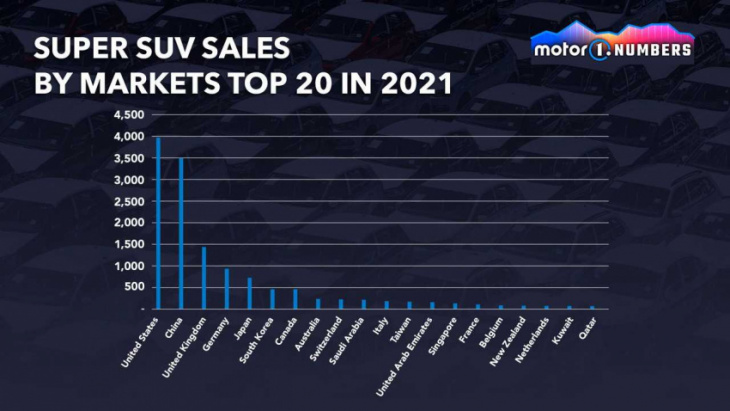 And unlike its closest rivals, Ferrari has decided to focus more on performance than on the concept of versatility. There is more “Sport” than “Utility” in this SUV, notably with the limited interior space, four seats instead of five, the traditional Ferrari dashboard, and rear-biased weight distribution. In fact, there are more things in common between the Purosangue and the rest of the Prancing Horse line than you might think.

That’s why I believe this new Ferrari will forcefully enter the segment and become a new player in the sector.

The author of the article, Felipe Munoz, is JATO Dynamics Automotive Industry Specialist.

Keyword: The Purosangue Puts Ferrari Into A Lucrative Segment