It seems like every time we turn around, the Ford F-150 looks different. It changes styles like a pre-teen in middle school. One day something like Crocs is in, then they’re out! But luckily, we’re here to help you stay in the loop. See what to expect with the 2024 Ford F-150. 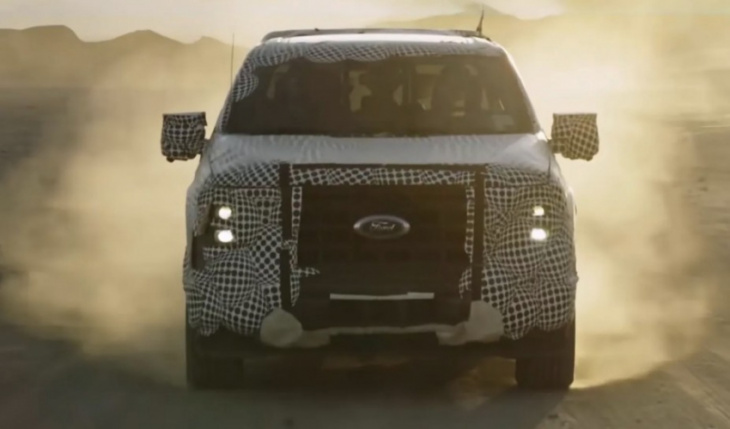 The 2024 Ford F-150 will have mid-cycle updates. This may involve new headlight, tail light, bummer, grill, wheel, and interior tweaks. Plus, the truck could gain a few tech upgrades, such as a new digital gauge cluster and infotainment system too.

Anyways, a 2024 F-150 model was caught being tested around Dearborn, Michigan. It’s wearing camouflage, but a few spy shots still provide clues about the new look.

The front and rear ends are covered, so we can speculate a new front bumper, grille, headlight, tailgate, rear bummer, and taillight design. Some rumors indicate that the F-150 will have C-shaped headlights to match the tiny Ford Maverick.

It could swing out like the Ram 1500’s tailgate, allowing you to get closer to the bed while loading cargo. Or it could feature a built-in shelf, step, and extender like the GMC Sierra 1500’s tailgate.

Those with a keen eye might be able to spot the set of EPA exhaust tips under the rear bumper. Perhaps this means the F-15 is getting a new setup to become more fuel efficient.

There is a bit of camouflage covering the center stack and parts of the dash. This could indicate that the 2024 F-150 is getting a new layout. Perhaps there will be a new infotainment screen and digital gauge cluster.

Some critics suspect that the Ford Sync 4 software will be replaced by Google. We aren’t thrilled about this idea because Ford Sync is fast and intuitive. 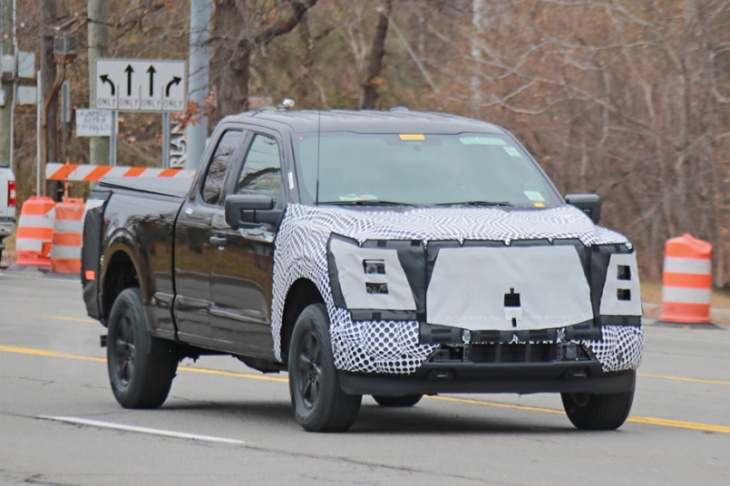 Maybe, but no official word about the 2024 Ford F-150 powertrain options has been released. There are currently five engines to choose from, so a few options could be dropped, replaced, or tuned differently.

When trucks are spotted in testing, it can mean that the final design process is almost complete. They could be examining the mechanics to ensure that the new designs work properly.