Welcome to the party, pal!

A shocking report from WPLG Local 10 in South Florida highlights how thieves are specifically targeting high-performance Dodges. No, this isn’t a report from 2020, it’s from 2022, and it’s not a joke. Apparently down in the Sunshine State they’ve been slow to lock onto this trend. Admittedly, they’re a long way from the epicenter of it in Detroit. All we have to say is welcome to the party, pal!

If you’re a longtime Motorious reader, you know we’ve been covering this phenomenon for years. Car theft rings, which despite what it might seem are extremely well-organized, figured out a while ago that not only are Dodge Hellcats, Scat Packs, etc. worth plenty of money on the black market, they’re surprisingly easy to steal.

A lot of the media right now is focused on the Kia Boyz so-called TikTok trend. They’re shocked at how incredibly easy it is to steal a Kia or Hyundai from certain model years. And while they’re definitely easier to swipe than Dodges, they’re not worth all that much, so it’s mostly kids doing the boosting. Some of those kids do work for theft rings, but the real money is in Dodges. 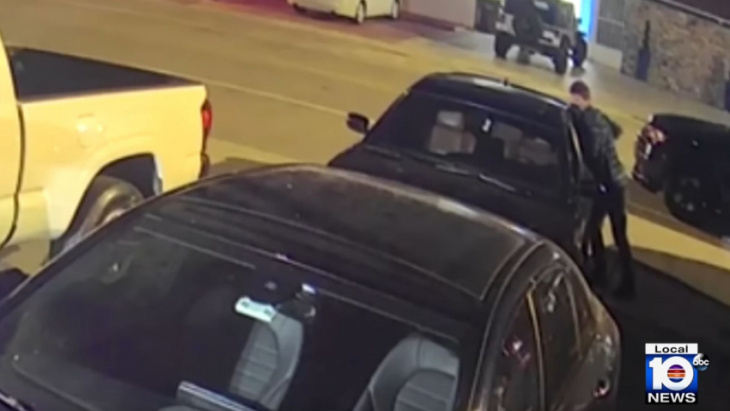 Just like what’s mentioned in the Florida report, which we’ve included, the V8 engines in these cars are worth big bucks. As Dodge ditches Hemis completely and moves into straight-sixes and electrification, expect the demand for the old V8s to increase.

Some of us own these theft-prone muscle cars and we counsel anyone else who does to take extra steps to secure their ride. We don’t want to list off all the methods you can use since car thieves absolutely read these stories as well, but using multiple trackers, parking inside as much as possible, and employing a Trunk Monkey are all good suggestions. Seriously, if you’re concerned about your Mopar or any other vehicle, do some homework and don’t rely on just one method to keep it from getting stolen.

Dodge announces RAM Revolution reveal and hints at other EVs

1968 Dodge Charger Hellephant Is For Sale