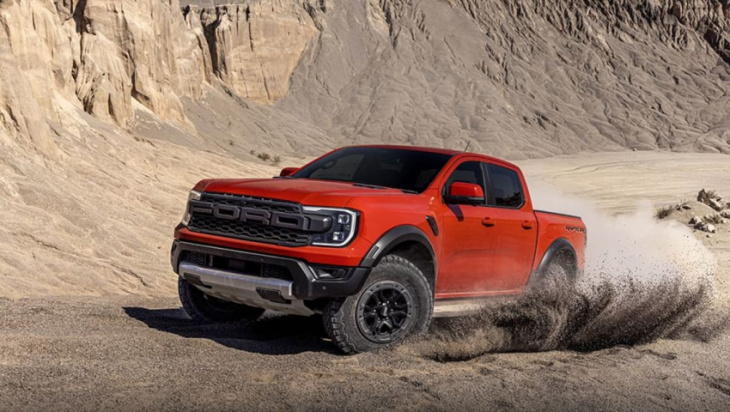 The Ranger Raptor could end up in desert races if the Ford Performance boss has their way.

Ford’s global racing boss would love to see the new Ranger Raptor put to the test in some of the world’s most demanding off-road races, including the Dakar Rally and Australia’s own Finke Desert Race.

Trevor Worthington, who is responsible for the Ford Performance division that oversees the brand’s racing activities, has told Australian media – including CarsGuide – that he wants to see the Ranger tested in the heat of competition.

The most obvious candidate is the famous Dakar Rally, a two-week long race through the Saudi Arabian desert.

“When I assumed the responsibility I’ve got with Ford Performance, one of the observations I made is we’ve got these iconic vehicles and we’re not using them the way we should be using them,” said Mr Worthington. “Our spend was pretty much V8 Supercars and NASCAR – Mustang.

“Since then we’ve extended our purview with Bronco… we’ve got this Bronco DR that we’re about to start production of that is pretty much a bespoke race vehicle. We’ve done all this work where, frankly, I’d love to see Ranger competing in those kinds of global iconic events. I think the architecture suits it, I think the Ranger customers, if they saw a Ranger racing in events like that it would really resonate with them; tough, rugged, capable, go-anywhere, here’s the proof.”

However, he added one important caveat – Ford doesn’t currently have any plans to enter the Dakar with a factory-backed team.

“We’ve got no plans that we want to talk about, but I said at Bathurst last year, I’d love to see it happen,” he said. “Nothing to talk about but Ranger is that kind of vehicle that lends itself to that kind of opportunity.”

The reference to the Bronco DR (which stands for Desert Racer) does open up one potential avenue for Ford to help owners compete in off-road racing events, without entering an official factory team.

The Bronco DR is based on the four-door Bronco but is stripped of everything it doesn’t need and rebuilt with the parts it requires for off-road racing by Ford’s racing partner, Multimatic, a Canadian company that built the GT supercar and racing version for the Blue Oval. 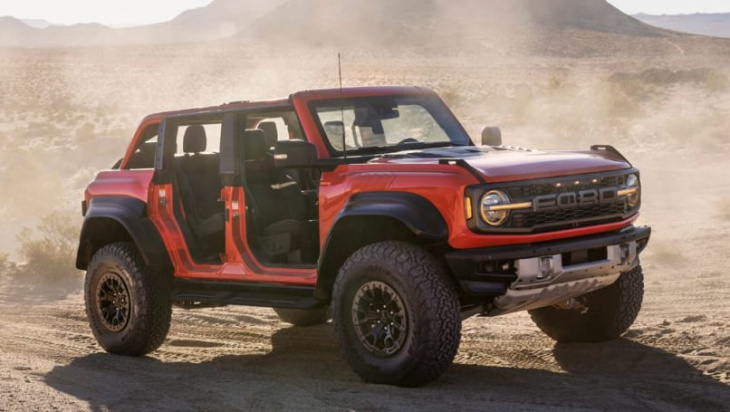 The Bronco DR is a stripped-out desert racer.

This means a 5.0-litre V8 is tuned to make 300kW of power, as well as a strengthened chassis, Multimatic’s highly-rated Positional Selective DSSV dampers and 37-inch Mud-Terrain tyres on beadlock wheels. It also gets new bumpers and underbody protection allowing for a 47-degree approach angle, 37-degree departure angle and breakover angle of 33 degrees.

Mr Worthington spoke positively during a visit to Bathurst in 2021 of creating a Ranger Desert Racer, so this adds further weight to those chances. Especially as the Ranger and Bronco share the same basic underpinnings, with the Raptor versions of both planned and developed together.

Not that he thinks it will require the company to get involved and make any major changes, because he believes the new 3.0-litre twin-turbo V6-powered Ranger Raptor is already race-capable.

“It’s inevitable to me that the Ranger Raptor could be a race vehicle,” he said. “It could be privately raced, you could take it to Finke, you could do whatever you want with it. Without, I’d say, too much modification, you could put a roll-cage in it and fire extinguisher in it and away you go.”