Qin Lihong says NIO's products and services give it a lot of confidence to compete with German automakers on their home turf. 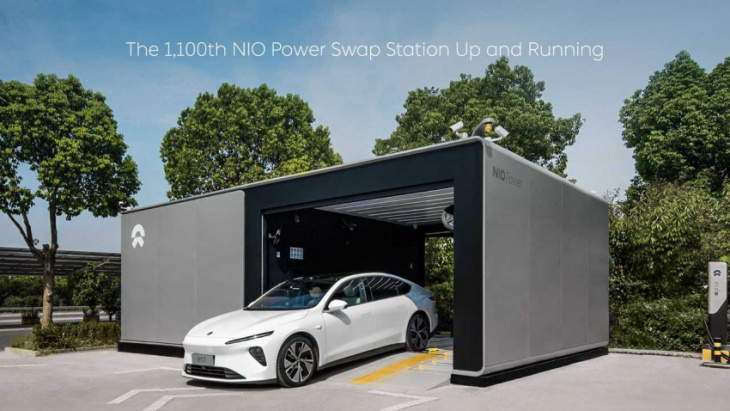 This year is a big one for Chinese EV startup NIO in Europe as the company is in the process of expanding to Germany, the Netherlands, Sweden and Denmark after entering Norway in 2021.

The Chinese manufacturer is looking to grab a share of Europe’s growing EV market by offering not just compelling products like the ET7 and ET5 electric sedans, but also a battery leasing and swapping network to cut costs for users.

Speaking with Reuters, NIO president and co-founder Qin Lihong said the company plans to build 1,000 battery swapping stations outside China by 2025, and most of them will be in Europe. The stations will be necessary to service the expanded range of EVs it will begin selling this year in Germany, the Netherlands, Sweden and Denmark, in addition to Norway, the first European market NIO set foot into.

“We are comprehensively ahead of our competitors in terms of products and services. It’s true there will be more EV models to be launched in Europe in three years, but we are also making more progress.”

NIO’s strategy to conquer European market share involves separating the battery—the most expensive component of an EV—from ownership to reduce up-front costs. Using a swap station, drivers can get a new, fully charged battery in just a few minutes, faster than any current charging alternatives.

To make this strategy work in Europe, NIO is looking to partner with a local asset management company to finance the ownership of batteries for leasing as it begins to roll out sales this year, Qin said. In China, NIO set up a company with partners including battery maker CATL to buy the battery packs for leasing and then collect subscription fees from users.

In Norway, where NIO sells the ES8 electric SUV from just over $52,000 without a battery and around $61,000 with a 75-kWh pack, almost all of the 800 customers opted to pay a monthly subscription fee of approximately $135, according to the company. The EV startup has installed two swapping stations in Norway.

NIO’s experience in Norway so far has given the company confidence that its EV offering is “comprehensively ahead” of EVs from BMW, Mercedes-Benz and Volkswagen. Qin says that gives the startup confidence to compete in their home market.

In China, more than half of NIO owners have opted for battery leasing.

Mercedes-Benz wants to double its production capacities for electric drives at the Untertürkheim plant. Previously, up to 500,000 units per year were to be produced there, but now the Stuttgart company is aiming for output in the order of up to one million units per year. This was first ...

Hybrid 4.0-litre V8 marries electric motor for massive torque, 0-62mph in 3.3s It’s a hybrid, but not one built for range or efficiency. Nor a moniker designed for brevity, judging by its very long name. Meet the new Mercedes-AMG S63 E Performance. A small name it is not. A big, ...


View more: The new Mercedes-AMG S63 is now a 791bhp hybrid, becomes most powerful ever S-Class

Hybrid 4.0-litre V8 marries electric motor for massive torque, 0-62mph in 3.3s It’s a hybrid, but not one built for range or efficiency. Nor a moniker designed for brevity, judging by its very long name. Meet the new Mercedes-AMG S63 E Performance. A small name it is not. A big, ...


View more: The new Mercedes-AMG S63 is now a 791bhp hybrid, becomes most powerful ever

It’s the most powerful S-Class of all time.