The new BMW 220d’s market may be dwindling, but that doesn’t stop it being a compelling all-rounder suited to those after a frugal, high-mileage two-door that offers more style than a 3 Series. Yes, the 369bhp M240i is more exhilarating to drive, but this diesel version answers back with a beautifully balanced but comfortable chassis and strong refinement.

What makes a BMW a BMW? For years the maker dined out on its ‘Ultimate Driving Machine’ mantra, but when it shifted the 1 Series from rear to front-wheel drive in 2019, purists questioned the brand’s direction.

Yet when the new BMW 2 Series was revealed last year, instead of using the 1 Series hatchback as a base (as it had before), the Coupe inherited a shortened version of the 4 Series’ platform. That meant one thing in particular: drive would be sent to the back axle – just like in BMWs of old.

We’ve already driven the entry-level 220i and range-topping M240i, and it’s those cars that will most likely take the lion’s share of sales. But in BMW’s world, power is choice – and as such, you can now have the car with a diesel engine from the popular 3 Series. 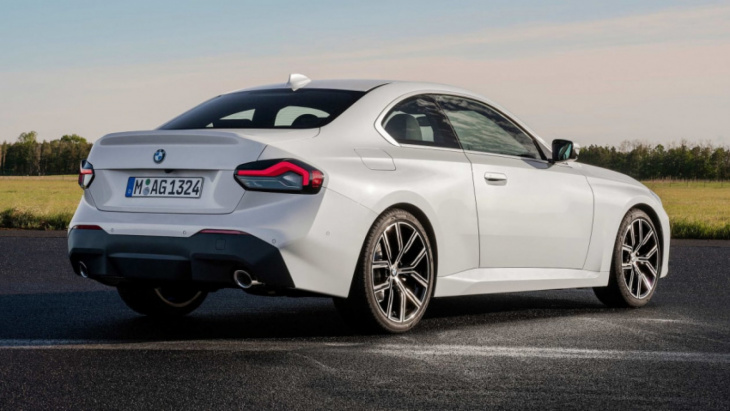 With 187bhp, the 220d is not only more powerful than the basic petrol, it’s also six tenths of a second faster to 62mph. Mid-range punch is even more impressive; this car’s 400Nm of torque and the slick eight-speed auto make overtaking a cinch.

In reality, though, it’s the superior fuel economy that’ll tempt people towards this diesel. Officially, this version will do 60.1mpg – a little less if you specify the optional 19-inch wheels – but we saw a whole 10mpg more on a steady motorway run. That’s a huge positive for potential buyers, especially those covering big miles.

One concession you’ll have to make is when it comes to the noise. While the engine sounds far from rattly, you’ll never enjoy revving it out. Thankfully, as discussed, it’s unlikely you’ll ever feel the need to; peak torque comes in at just 1,750rpm.

Diesel engine or not, the 2 Series is beautifully balanced, with enough comfort and high-speed refinement to compliment that strong economy. There’s a decent weight to the steering and a playful, controllable character if you choose to fiddle with the car’s drive settings. While the 1 Series is no lemon, this Coupe offers greater driver appeal.

Otherwise, even in 220d guise, this BMW remains our current favourite coupe. It distils much of what we love about the rear-wheel-drive 4 Series into a more compact but almost as usable package. Quality is excellent, and the occasional rear seats only bolster the practicality offered by the deep and wide 390-litre boot. 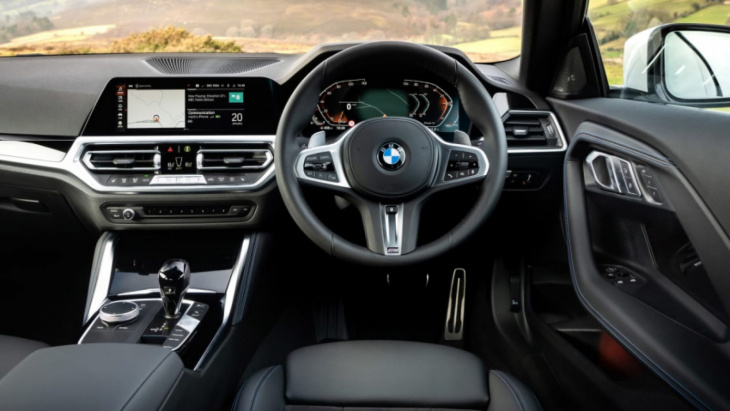 One thing to note is that early Coupes like the one we tested feature the older – and in our opinion, more intuitive – iDrive infotainment system. If you order a car now you’ll get the newer iDrive 8 setup, which looks slick but isn’t as easy to operate. It’s still full of features and, thankfully, the clickwheel on the centre console remains. Other BMWs, like the boxy 2 Series Active Tourer, lose this functionality.

For years BMW has struggled to sell SE or Sport models to UK buyers, so M Sport is your only option. It’s no hardship, however, as all cars get LED lights, heated front sports seats, three-zone climate control and part-Alcantara trim, as well as those 18-inch wheels and the new infotainment system with digital dials.

There are option packs, of course. There’s the Technology Pack, which adds things like wireless phone charging and a head up display, plus a Comfort Pack with keyless entry, electric seats and a heated steering wheel. Finally, there’s an M Sport Pro Pack, which brings bigger wheels, M Sport brakes and different trim, as well as a Harman Kardon stereo and privacy glass for the rear windows.