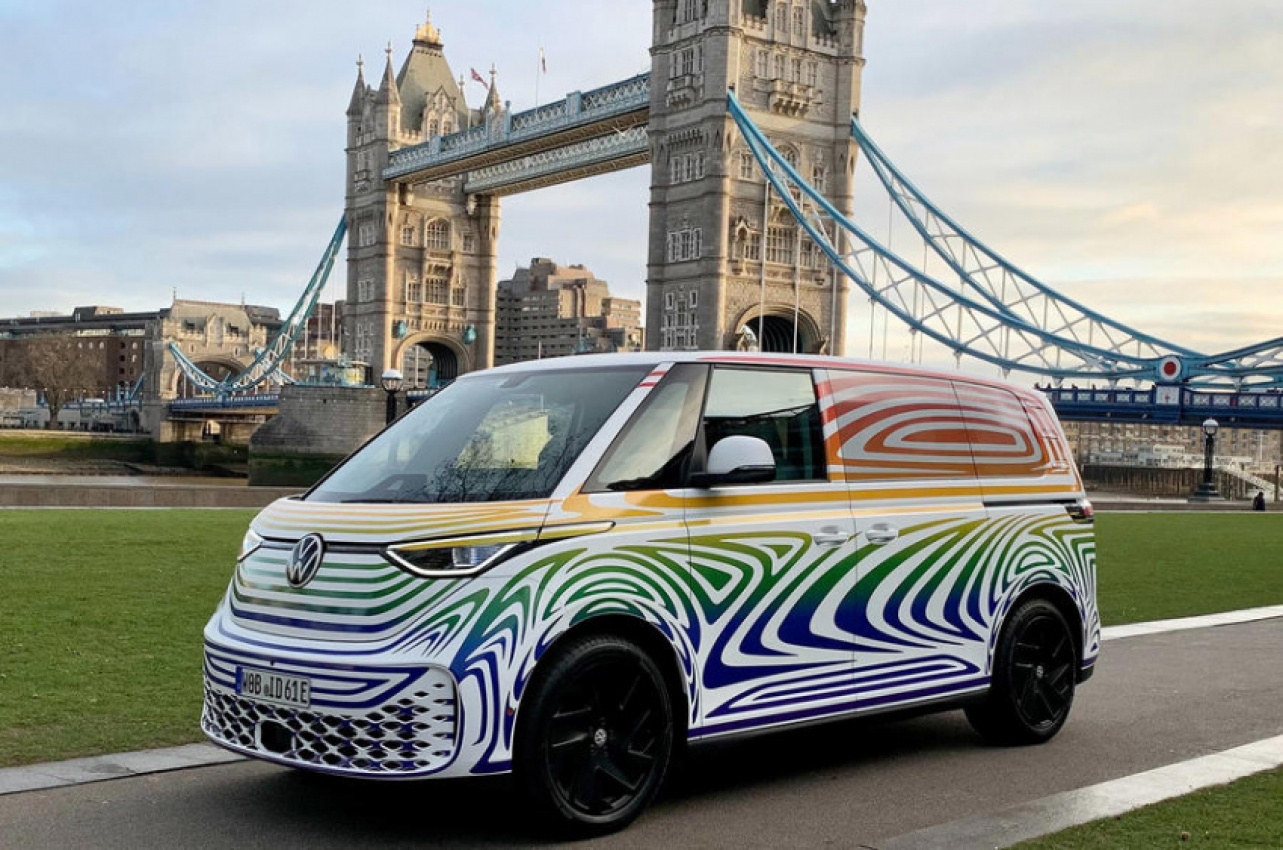 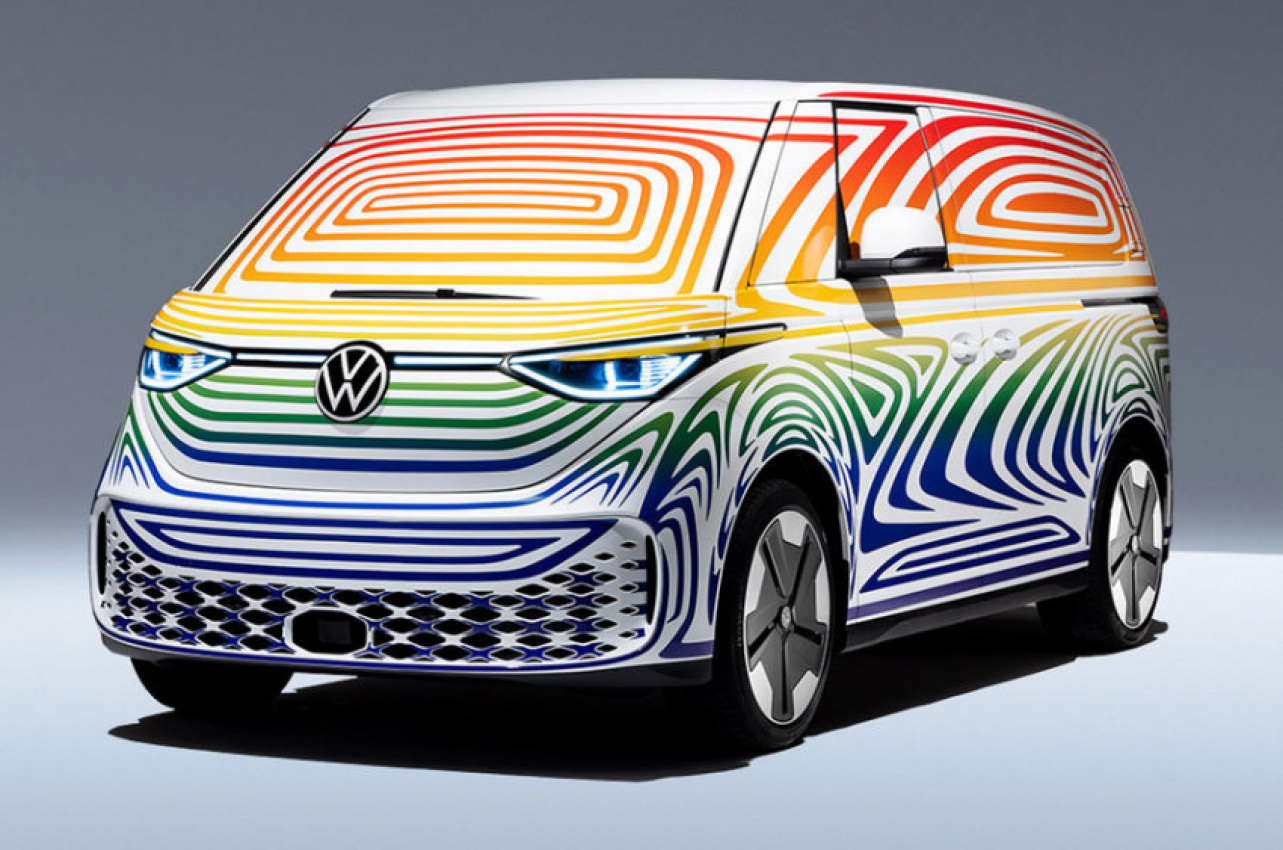 The long-awaited Volkswagen ID Buzz, a retro-styled electric follow-up to the hugely popular original Microbus, will be revealed on Wednesday.

The new arrival’s debut comes five years since it was shown in concept form, and off the back of a long preview campaign which last month saw a camouflaged version of the fully-electric, retro-styled MPV displayed in London.

The disguised ID Buzz was pictured next to Tower Bridge by the official Volkswagen Vans twitter account, with the tweet suggesting it would be touring the city for one day only.

An animated sketch featuring a concept design for the ID Buzz was also revealed, alongside the main teaser clip which presents the ID Buzz with a rainbow camouflage with the models headlights on display.

The model is planned for UK sale during the latter half of 2022 and will become Volkswagen’s fourth dedicated electric model, following the ID 3, ID 4 and newly unveiled ID 5.

It will also be the first ID model to be offered both as a passenger vehicle and a commercial vehicle, with production planned to take place at VW’s commercial vehicle plant in Hannover, Germany from early this year.

Volkswagen has only previously revealed one clear look at the model’s design with the same rainbow camouflage, which showed a pre-production version of the multi-seat MPV last year.

The unveiling took place on the sidelines of a presentation dedicated to the new ID 5 at VW’s headquarters in Wolfsburg, Germany. 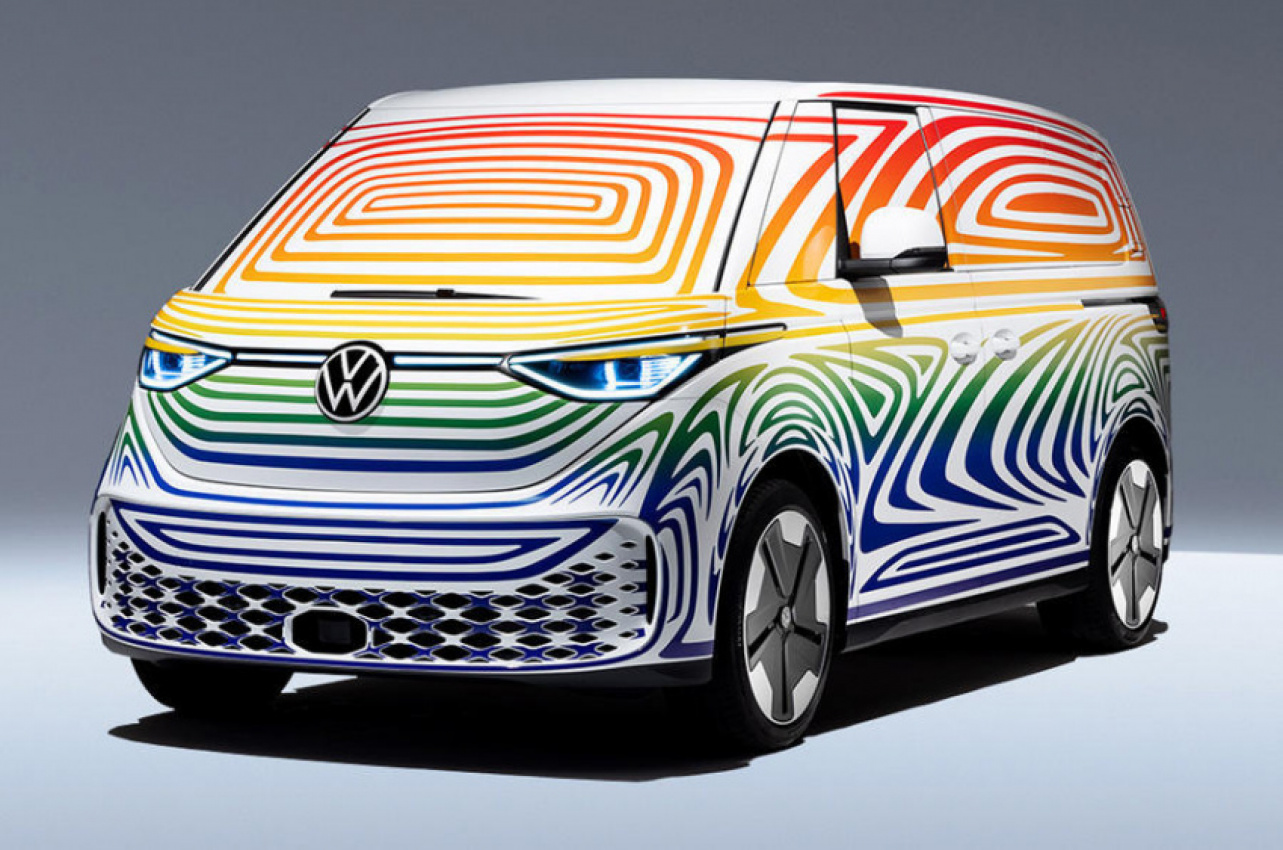 Based on Volkswagen’s MEB electric vehicle platform, the new MPV will be offered in both standard- and long-wheelbase guises – the latter not planned to be launched until 2023.

Both models will offer a variety of seating layouts and interior configurations.

The production ID Buzz adopts a squarer shape than the earlier concept in a move that, Volkswagen officials have told Autocar, is aimed at providing it with maximum interior space.

The overall silhouette mirrors that of Volkswagen’s latest internal-combustion-engined Microbus, with which the new ID model is claimed to share elements of its bodyshell, chassis and interior architecture.

Many of the earlier concept’s styling cues have also been toned down, giving the new ID model a cleaner and perhaps less heavily contrived look than originally expected.

Key exterior design details exposed in the latest photographs issued by Volkswagen include angular headlights that wrap into the front wings. They are connected by a light band that runs through a large VW badge featured prominently on an angled bonnet. Lower down, there is a full-width grille similar to that of the concept.

As with the Microbus, the production version of the ID Buzz adopts two conventional front-hinged doors at the front as well as two parallel sliding doors at the rear.

Technical details of the new ID model have yet to be announced, although it is expected to share its drivetrain and battery configurations with other ID-badged models.

Significantly, the ID Buzz is also set to play a crucial role in the launch of Volkswagen’s autonomous driving technology, which the firm is developing in partnership with Argo AI. From launch in 2022, it is planned to be equipped with Level 2 semi-autonomous functionality as seen in other MEB based models, but Volkswagen says it is working to introduce Level 4 capability in 2025.

Volkswagen Group sibling company Moia has already confirmed it will be the first company to make use of the self-driving functions planned to be made available on the ID Buzz.

Volkswagen says to “expect a kind of stripped-down enthusiasm” for its incoming electric performance cars. Volkswagen is finally on a massive electric car push in Australia after delay upon delay for its popular-overseas ID range. With a new government in Australia and dropping demand in Europe due to increasing ...


View more: What is the future of Volkswagen's performance models? Will GTI and R live on in electric car future?


View more: Volkswagen announces a price hike of 2% across all models

Here’s everything we know so far about VW’s long-awaited ID.4 SUV in Australia. (Image credit: Tom White) Volkswagen is a little late to the electric car party in Australia, despite fielding an impressive suite of models in its home market of Europe. In fact, Volkswagen’s range of ID electric ...


View more: 2024 Volkswagen ID.4 electric car: Australian pricing, timing and everything else we know so far

Those with a budget of R1.0-million for a people mover have many competent options, with the Volkswagen Transporter being arguably the most well established. How does the Transporter compare with two competent rivals when it comes to value for money? Those in the market for a new hatchback in the ...


View more: Volkswagen Transporter vs Opel Zafira vs Hyundai Staria: Which is the best value for money?

Everyone is buying an SUV these days. But cars like the Honda City and the Volkswagen Virtus – with their three-box design, low-slung profile, sportier dynamics, and driver’s involvement – have had us petrolheads hinged all these years. And although these two belong to the same segment, have similar ...

If you are planning to buy a Volkswagen Taigun SUV or a Volkswagen Virtus sedan, the next 9 days is probably the better time as the German automaker has announced a 2 per cent price hike, effective from October 1. Volkswagen claims that the upcoming price hike is due to ...


View more: Volkswagen Taigun, Virtus To Become More Expensive From October 1 - All You Need To Know

Volkswagen Golf GTI MK8 review – the quintessential hot hatchback, but is it the best?