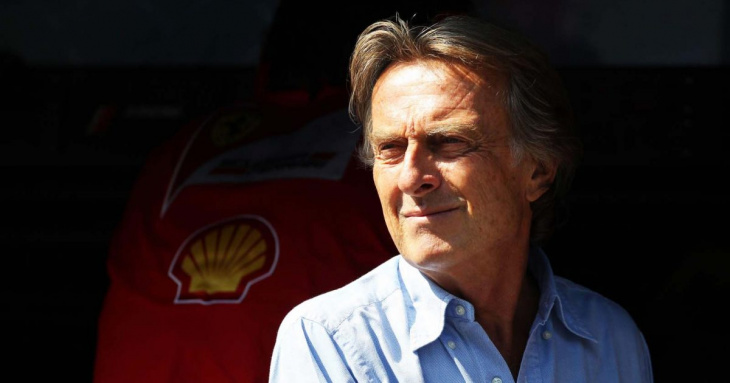 Former Ferrari president Luca di Montezemolo has taken a swipe at the Scuderia’s current leader John Elkann, saying Ferrari “seems to me to be a company without a leader”.

Di Montezemolo led Ferrari from 1991 to 2014 before he stepped down and was replaced by Sergio Marchionne, who in turn handed the reins to Elkann in 2018 when he fell ill.

Along with those reins came team boss Mattia Binotto, a Marchionne appointment and one, it has been said, who was “like water and oil” to Elkann.

According to Italian journalist Leo Turrini, Elkann “never” supported Binotto and “didn’t believe in his top manager”, soon to be former top manager after Binotto tendered his resignation with his final day set at 31 December.

Di Montezemolo was asked by Corriere dello Sport for his thoughts on Ferrari with the Scuderia now searching for their fifth team boss in 15 years.

“I’m sorry about the situation at Ferrari and I’m worried,” he told the Italian publication. “In these moments, since I really care about Ferrari, I prefer not to comment.”

And then he commented…

“Other than to note that it seems to me to be a company without a leader.”

One final job for Mattia Binotto

Binotto’s last big job as team principal will be representing the Scuderia at the upcoming World Motor Sport Council meeting in Bologna on Wednesday.

According to Corriere dello Sport, Binotto ‘will be there’ for Ferrari as he continues to lead the team through to the final day of December.

But he won’t represent the team at the FIA awards ceremony two days later, that will be Laurent Mekies.

‘The sporting director of the Prancing Horse will be in the Emilian capital to receive the award obtained thanks to the second place of the Maranello team in the Formula 1 Constructors’ World Championship,’ reports the publication.

Charles Leclerc will also be present having finished runner-up in the Drivers’ standings.

Although Alfa Romeo team boss Fred Vasseur is reportedly leading the running, Red Bull motorsport advisor Helmut Marko believes Ferrari plan to promote from within and told Sport1: “I can well imagine that Ferrari would give the job to its own man.”

That, it has been suggested, would have Mekies leading the running as the 45-year-old Frenchman has not only represented Binotto at a few races this season.

The team’s executive race manager Jonathan Giacobazzi is another option with his long history with the Ferrari family, plus he’s already the go-between the F1 team and Ferrari’s big bosses.

A name from yesteryear has also been mentioned, former team boss Maurizio Arrivabene, who stepped down from his role at Juventus Football Club on the eve of Binotto’s resignation.

The Scuderia have already scratched a few names off the list having reportedly approached Christian Horner and Andreas Seidl last winter already while Franz Tost also turned them down, as did DTM boss Gerhard Berger.

Keyword: Luca di Montezemolo’s damning assessment of Ferrari: A company without a leader