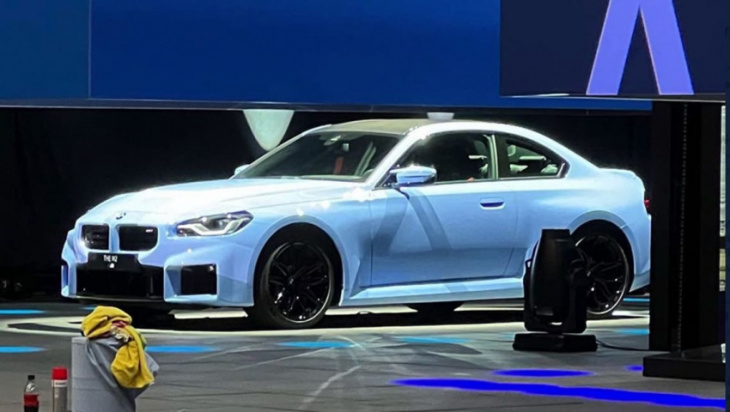 It has been a terrible week for BMW as leaks of its hotly-anticipated M2 have popped up all over the internet.

First, the exterior design was plastered all over the Bimmerpost forum, outing the aesthetics of the two-door sports car well ahead of its planned reveal in early October.

The headline here is that the M2 will not adopt the controversial enlarged kidney grille as seen on its M3 and M4 siblings, instead sticking to the smaller design found on the rest of the 2 Series coupe line-up.

This means the bumper divides the grille and lower bumper intake for a more traditional look.

As the top dog in the 2 Series range, the M2 also sports a wider stance than an M240i or 220i with flared out front and rear arches, while quad exhaust outlets and a subtle bootlid spoiler can also be glimpsed from the leaked images.

Let’s be honest, the design is nothing unexpected given what we’ve seen of the 2 Series, but the M2’s athletic proportions and long bonnet will keep sports coupe fans happy.

And if you think BMW have nailed it with the look, the next leak on Bimmerpost might seal the deal with the alleged engine outputs confirmed via a dealer bulletin.

And for BMW aficionados, this engine will seem familiar because it is also fitted to Competition-spec models of the X3 M, X4 M, M3 and M4.

Under the aforementioned models, the S58T engine pumps out a healthy 375kW, but in the M2 it is said to be tuned to ‘just’ 338kW, and also expected to wear the Competition moniker. 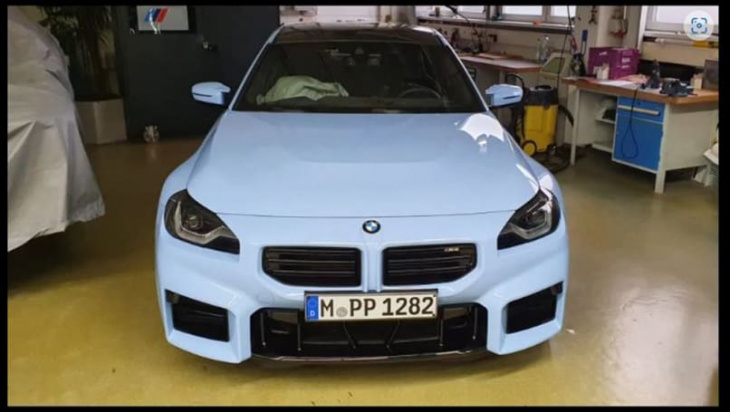 This would still be a healthy 7kW bump over the outgoing M2 CS that pushed out 331kW/550Nm in its final form.

Keep in mind the original M2 launched with a 272kW/465Nm engine, so BMW’s baby M car has been hitting the gym pretty hard and bulking up over the years.

It would also place the M2 just under the base M3 and M4 in BMW’s performance car hierarchy, with the larger models punching out 353kW/550Nm.

And finally, for reference, the current top-spec 2 Series, the M240i xDrive, produces 285kW/500Nm that is fed to all four wheels. 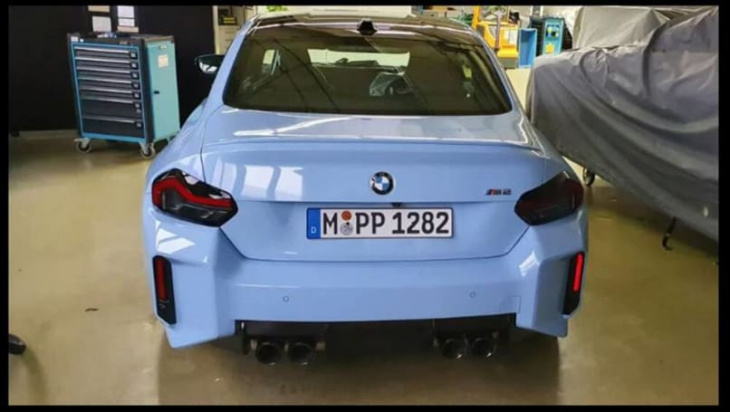 It is expected the M2 will be offered with a six-speed manual or eight-speed automatic, and could be the last full-fat M car that offers a three-pedal option without any electrification assistance.

All will be revealed on October 11 when BMW officially pulls the covers off its new M2, but at this point it looks like one of the only things left to be confirmed will be Australian pricing and timing.

It is expected the M2 will arrive Down Under early in 2023, with pricing expected around the $100,000 mark as the outgoing Competition variant started from $102,900 before on-road costs.

Keyword: Like a sieve! BMW cannot keep a lid on details of its all-new 2023 M2 sports car