Jaguar has revealed the third – and perhaps coolest – variant of its Vision GT. Meet the Vision GT Roadster, which has taken Jaguar’s virtual supercar full D-Type. It joins the launch line-up of the Gran Turismo 7, which went on sale a week ago. 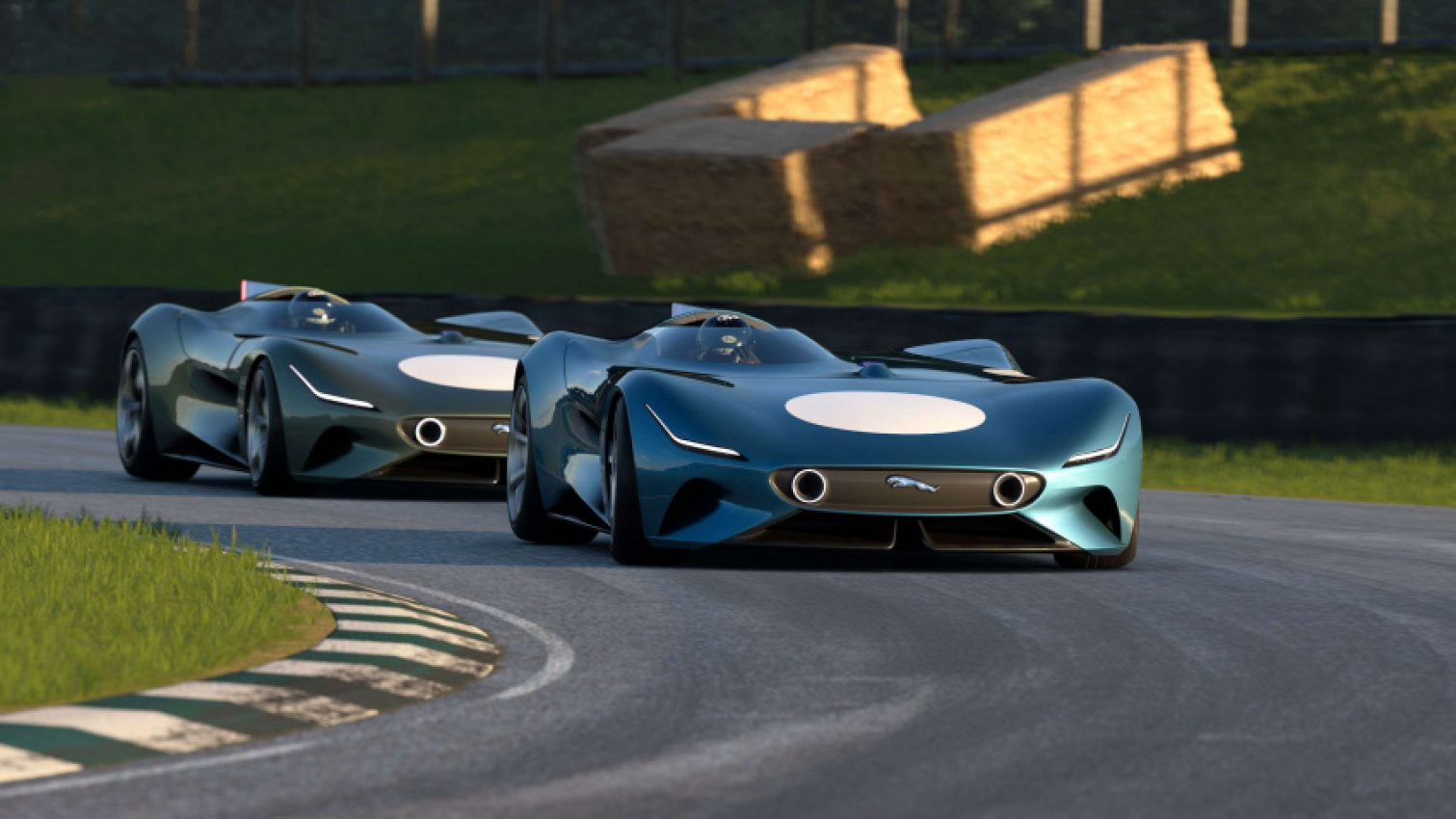 The Roadster is in effect a visual makeover of the Coupe, so the performance specs are the same. That means 1,020PS (750kW) from three motors, 0-62mph in under two seconds and a top speed exceeding 200mph. The SV is the track-oriented variant, which packs 1,903PS (1,400kW) from its four electric motors and is capable of getting to 62mph in under two seconds on the way to a 255mph top speed.

The Roadster, thanks to its ‘50s sportscar leanings, is also a single-seater, with the driver’s aperture poking out of the top of the car like a canopy on a fighter jet. Falling away from it at the back is the iconic ‘D-Type’ fin. Though the VGT trio are the preserve of the virtual realm for now, we wouldn’t be surprised to see an all-electric F-Type successor that draws heavily on these incredible designs. 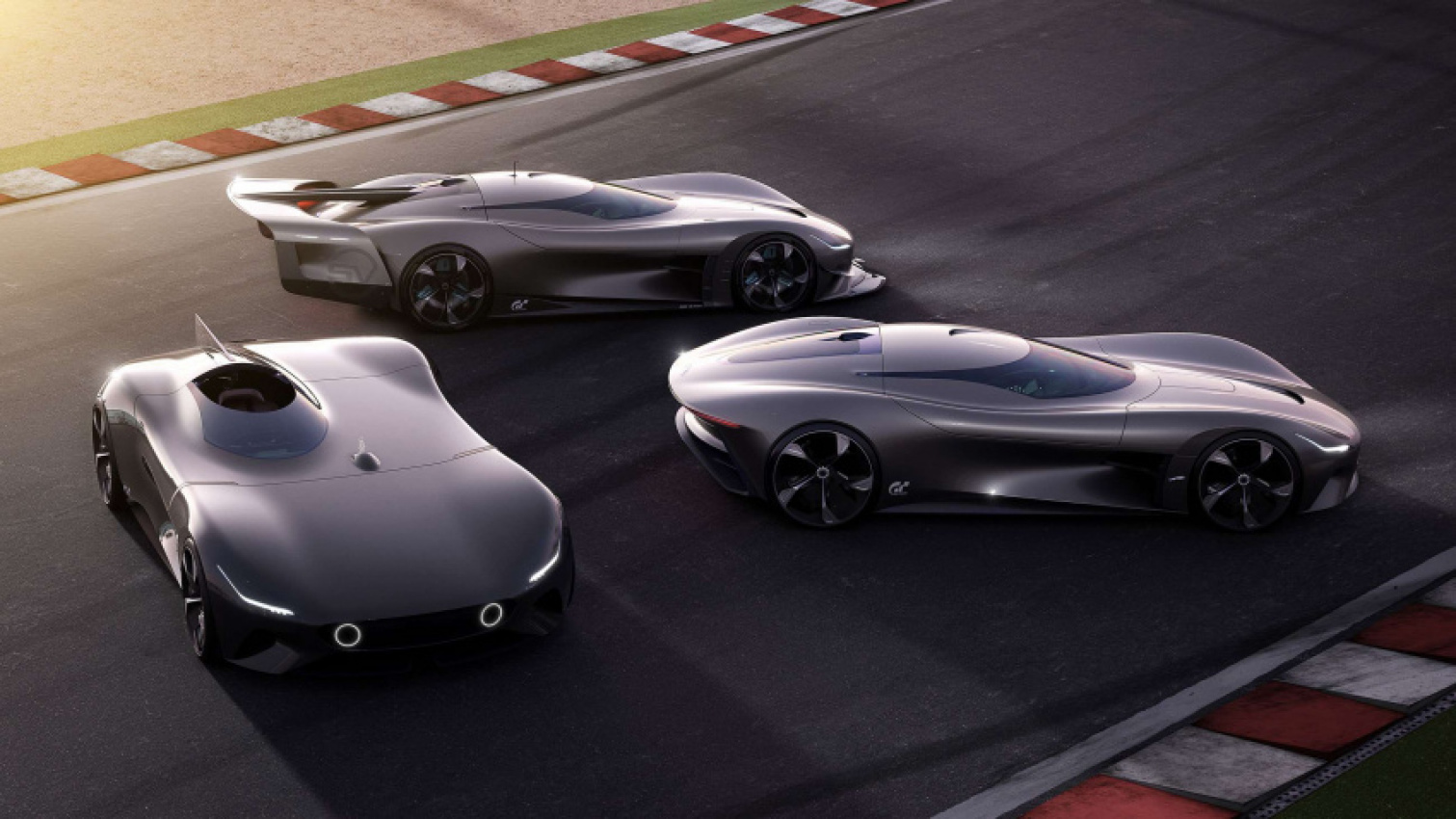 “As a car designer, being part of the team that has delivered three virtual cars for the Gran Turismo series has been a dream project,” said Oliver Cattell-Ford, Exterior Designer, Jaguar Advanced Design

“The visual effect is dramatic and wouldn’t look out of place on any track or circuit around the world, from the streets of night-time Tokyo to California’s Laguna Seca raceway.”

Welcome to FOS Future Lab where we report on the latest visions of future technology. We’ll be boldly covering flying cars, hoverboards, jetpacks and spaceships with plenty of down to earth topics in between.

The wildest Jaguar E-type: inside the September 2022 issue of Classic & Sports Car

All the Updates to Jaguar’s SUVs for 2023

1. The Meridian premium audio system sounds sublime 2. The Jaguar F-Pace S has a supercharged and turbocharged engine 3. The F-Pace’s interior is comfortable and fancy 4. We like the F-Pace’s subtly sleek exterior aesthetics Our favorite Jaguar F-Pace features There are few luxury SUVs on the market ...

Richard Hammond Buys Back Jaguar XJR He Regrets Selling Before

It was advertised as Hammond's old car by the dealer, so imagine the scene when he called.

Queen Elizabeth’s coffin is being moved from Buckingham Palace to Westminster Hall in London today, where it will lie in state for four days, and mourners will be able to visit it to pay their respects. The coffin is being carried on the state hearse—the same one that will be ...

One of three XJR-12s from the Le Mans-winning 1990 season got after it on track.

Magna Steyr – an Austrian-based contract manufacturer owned by Magna International – recently shared aspirations to enter the US market and produce vehicles in a climate-friendly facility in North America. The facility overseas currently manufactures the Jaguar I-Pace and will begin production of the Fisker Ocean in November. Based ...

The Jaguar F-Pace SVR Is a Fast, Hilarious Egg

Fixing the iPod FM modulator on my 2002 Jaguar XJR

Retro review: our first impressions of the X351 Jaguar XJ

My experience touring England in my classic Jaguar XJR

This Austin Seven paved the way for Jaguar

Rear door of my Jaguar XJR not opening from inside: Fixing it myself

Not 1 Jaguar SUV Is Recommended by Consumer Reports

It Has Come To This: Jaguar Land Rover To Test Vehicles For Electromagnetic Compatibility

Is this the world's best Jaguar D‑type?

The Fastest Jaguar is…

Which Would you Rather Have: Jaguar E-Type Edition

Jaguar and Land Rover prices increase across most of range