Hot on the heels of Acura’s ARX-06 recent debut, BMW is the latest manufacturer to showcase the official livery of its LMDh prototype. Festooned with more BMW design cues than a knockoff track suit, the colorful BMW M Hybrid V8 is set to enter the inaugural IMSA GTP class at the 24 Hours of Daytona, where Acura has long reigned supreme. 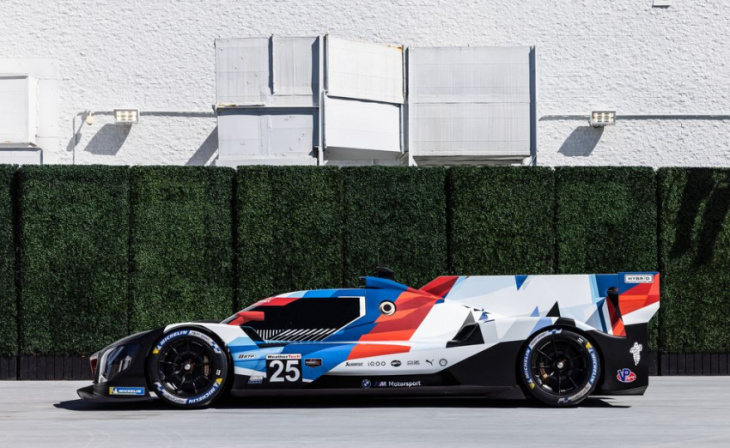 With the GTP class, IMSA is encouraging manufacturers to incorporate styling cues from its roadgoing cars, and BMW heeded that call (and then some) with the design of the M Hybrid V8. Up front, the M logo cascades into an angled concave channel that slopes down from the prow. Twin gaping snouts are laser-lit and rake backward at the outer edges, evoking a hint of a snarl when viewed at an angle. The windshield wraps around into the side windows, terminating in a Hofmeister kink. Out back, the massive diffuser sweeps up into the taillights, which resemble a set of interlocked hockey sticks.

The intriguingly asymmetrical livery takes the BMW-ness to the next level. On the right side, the M colors flit about the bodywork like a flock of butterflies. When viewed straight on, the fractal shades accentuate the angular lines of the bodywork. It’s only when you take a few steps to either axle that you notice the “M” flowing along the rear of the cockpit. The left side is far less subtle, with the impossible-to-miss M stretching across the entire rear quarter and atop the edge of the rear wing.

Blessed with an array of race-ready powerplants, BMW engineers opted to develop an existing engine to meet LMDh specs rather than build one from scratch. After evaluating the P48 four-cylinder from the 2020 M4 DTM (too small) and the P63 turbo V-8 from the M8 GTE (too big), they found the naturally aspirated P66 V-8 from the 2018 M4 DTM to be just right. Now featuring twin turbos, this 4.0-liter V-8 features a redline of 8200 rpm and delivers up to 640 horsepower. It’s mated to an IMSA-specified hybrid system, while a separator clutch between the two engines allows for electric-only driving at pit speeds. 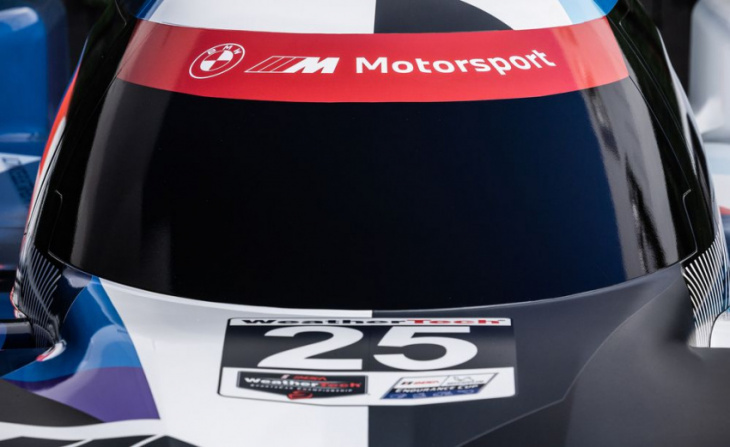 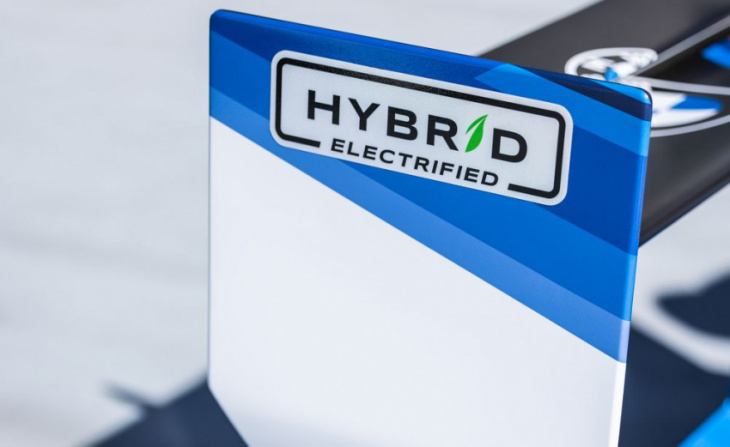 The BMW M Hybrid V8 will see a lot of pit time starting in 2023, making its competitive debut at the 24 Hours of Daytona. With returning stalwarts Acura and Cadillac being joined by entries from Ferrari and Porsche, it’s bound to be a hotly contested race. In 2024, the BMW M Hybrid V8 will enter the Hypercar category of the FIA World Endurance Championship. For the first time since 1999, BMW will field a top-class entry at the 24 Hours of Le Mans.