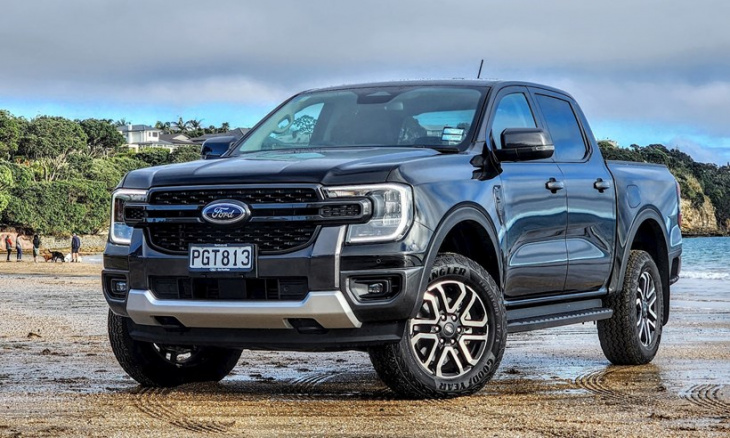 So here’s the deal: if you have $75,490 to spend on a new Ranger, you can buy a Wildtrak with all the bling that entails: roof rails, that signature sailplane behind the cabin and extra-sumptuous cabin trim. 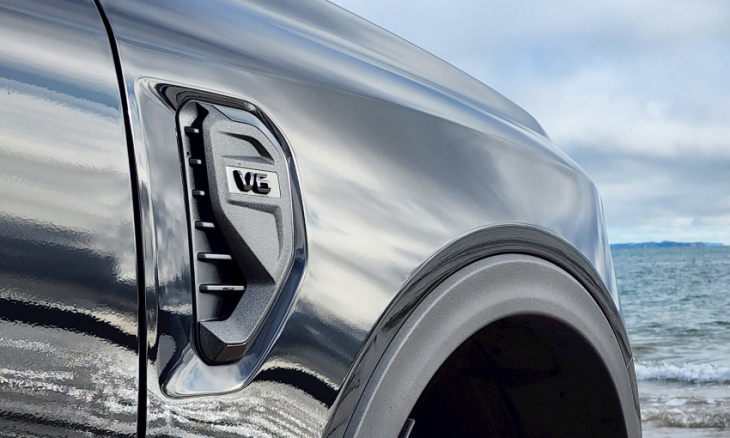 Or for the same $75,490 you can have the Ranger featured here, the Sport. The exterior styling is comparatively low key, with blacked-out details, and the interior looks positively plain compared with the Wildtrak. Huh?

The key to the Sport is what you can’t see. It’s only available with the new 3.0-litre turbo-diesel V6 engine, which adds 30kW/100Nm to the BiT’s totals adds a new selectable “4Auto” transmission mode that brings full-time AWD to the Ranger for the first time.

The V6 is a gem. It’s also a well-proven unit, derived from an engine used in the US-market F-150. Peak torque is produced at the same 1750rpm as the BiT, but whereas the turbo is enjoyably busy-feeling with the 10-speed automatic, the V6 is creamy smooth and impressively strong from the outset. 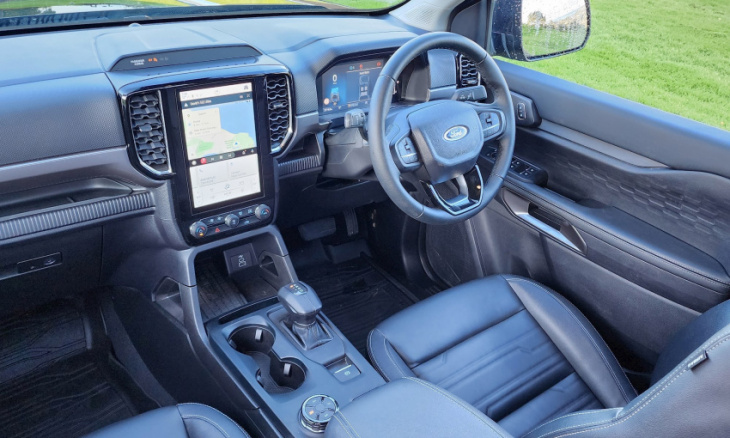 Ford has made much of the stubby electronic gearshifter being the result of much customer consultation. It’s nice to hold, but it’s not that easy to find reverse: tipping it forwards and you basically have to count the clicks (two) because it’s way too easy to simply end up back in Park without realising.

The drive modes are handled through a rotary dial with pushbutton 2WD/4WD and High/Low range settings. The more holistic Land Rover-style calibrations (there are six, including Tow/Haul) are accessible with a simple twist.

2H is the default, but having that 4A option is a game-changer for Ranger – especially given the extra grunt the chassis has to deal with. The full-time 4WD is adaptive, meaning it’s a true “set and forget” for on and off-tarmac conditions.

The Sport’s tyres are less broadly talented than the Wildtrak’s (Goodyear Wrangler Territory HT versus HT/S), meaning the latter still has the edge on-road. But overall Ranger sets new standards in one-tonner ride and handling no matter what the model, so the spec of the rubber is not a deal-breaker. 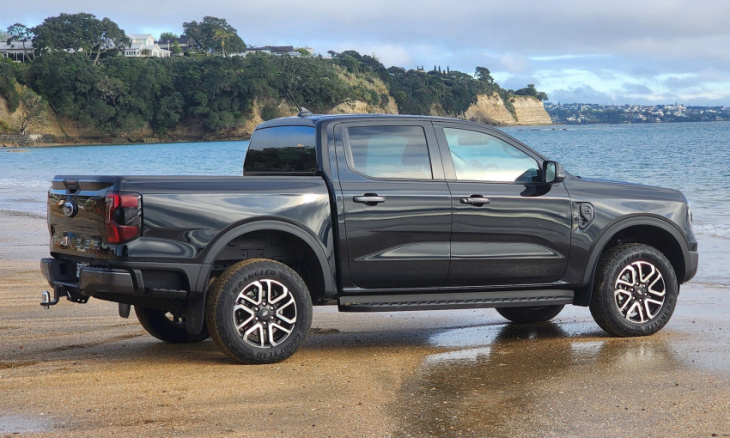 The Sport’s cabin is decidedly less upmarket than the Wildtrak, but many will prefer the more low-key look. The instrumentation is 100 per cent digital but admirably intuitive  – it doesn’t serve up too many customisation options and the native OS is nicely integrated with phone projection inside the portrait infotainment screen.

Speaking of phone projection, it’s wireless for both Apple CarPlay and Android Auto, with a Qi charging pad included, but the latter was a bit flaky in our test vehicle. “Wireless connection failed” a number of times and we had to resort to plugging in. A small thing, but it did undermine what’s otherwise a seamless package of high technology in the Ranger.

The question remains: aside from the powertrain and warpaint, what are you really missing with the Sport compared with the Wildtrak? Well, you don’t get self-parking capability, a 360-degree camera or the clever all-round “zone lighting” that can be controlled via mobile, an alarm, ambient lighting, heated front seats or powered passenger-seat. The Sport’s 10-inch portrait infotainment screen is 2in smaller than the Wildtrak’s, which also has an extra storage bin up front and two extra USB ports (under the windscreen and in the rear console). There’s a powered roller on the tray and a “cargo management system” as standard. 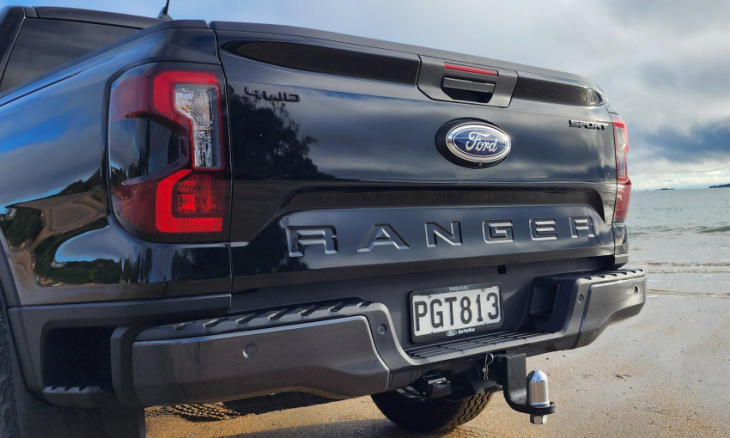 All good stuff and you can decide for yourself how important that all is in the context of today’s retail price theme, which is $75.5k.

The case for the Sport V6 seems clear, though. The powertrain is sensational and the full-time AWD setting takes it to the next level of on-road performance. For our money, the Sport is also the better-looking Ranger: cleaner, more muscular, more businesslike. But that’s a matter of personal taste.

And if you disagree very strongly, and can find another $5k, you can have the Wildtrak with the V6/AWD. Win-win. 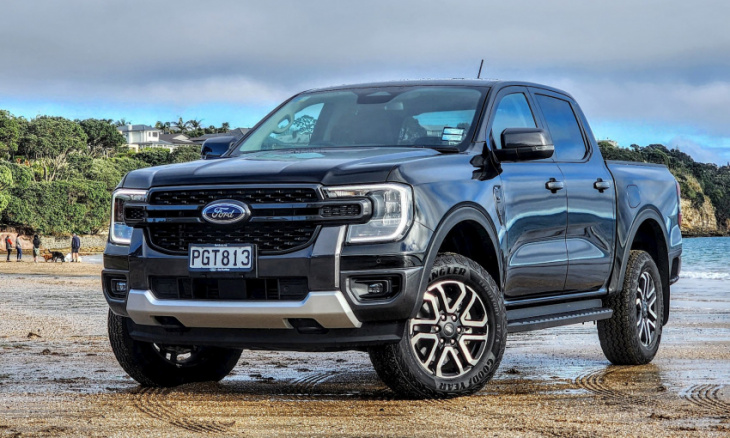 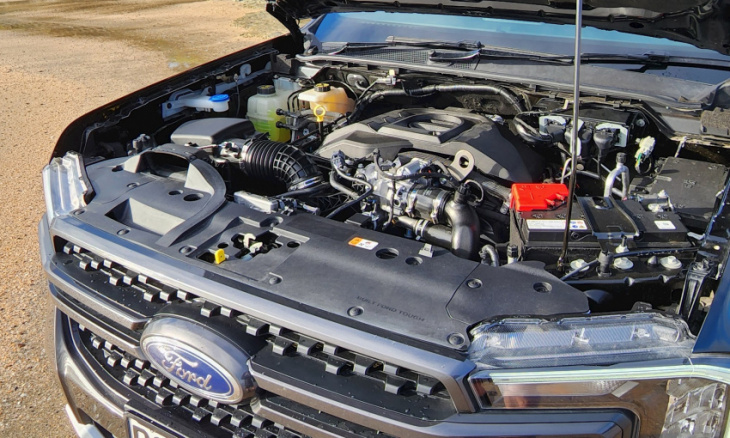 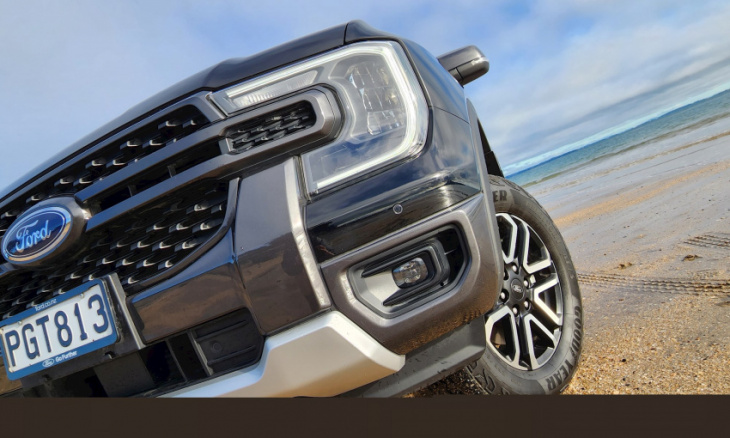 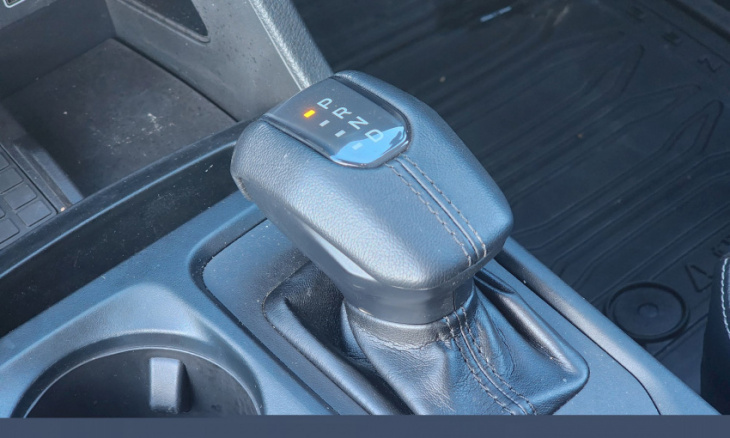 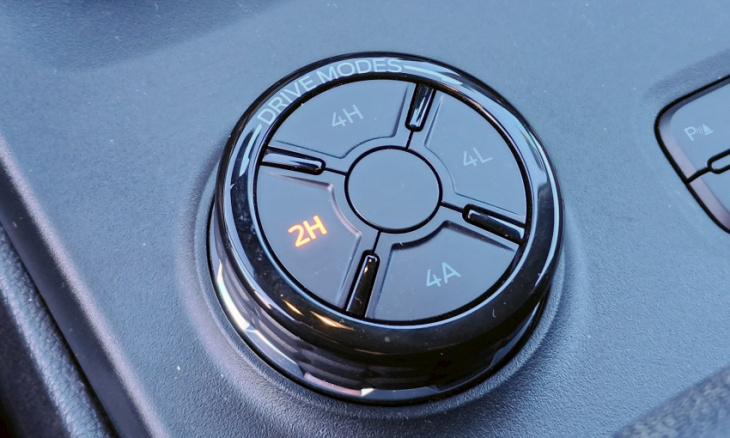