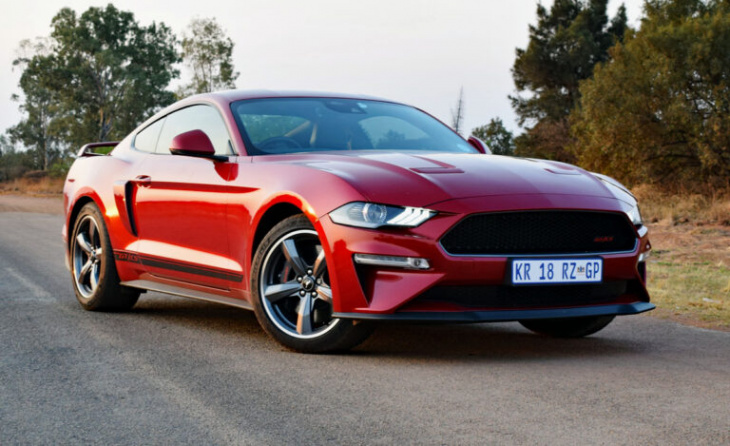 The Ford Mustang to this day remains true to its original ethos of the affordable sports car, evoking the same inner joy as vehicles two, three, even four times its price.

In California Special guise, of which there are only 100 in South Africa, it’s all the much more, for lack of a better word, special.

Affordable may not be the right word when its window sticker says R1,154,900, but let’s say you were in the market for an exciting weekender, a comfortable grand tourer with a big boot, or for the more daring, even a daily.

Its so-called competitors from Europe and Japan who can tick all these boxes are in a whole different league when it comes to price, if they want to offer similar performance.

In the same breath, none of them can hold a candle to the heritage and rawness of the fire-breathing Pony Car.

The California Special is already a unique offering in the Mustang range sporting a standard boot spoiler, GT/CS badging and side stripes, a model-exclusive mesh grille, and faux air vents behind the doors that serve no purpose other than looking good.

But every so often you’re reminded that this isn’t just a cool sticker pack, and that it draws its inspiration from the first of its kind from 1968, a time when V8s ruled the road and the ultimate destination was the Californian coastline. 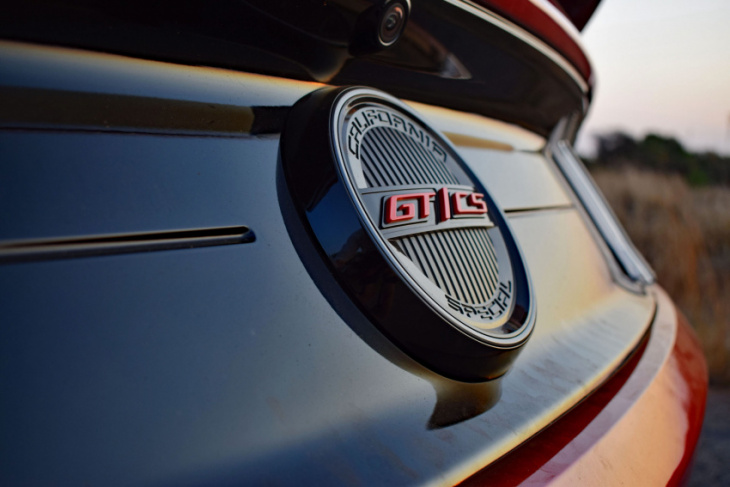 Muscle car for the 21st Century

Despite still being a true icon of American muscle, the new Mustang isn’t just a tail-happy tyre monster that’s good in a straight line anymore.

Around that huge naturally-aspirated 5.0-litre block with 330kW and 529Nm on tap sits sophisticated active suspension that scans the road surface 1,000 times a second for any imperfections, a rigid chassis for sharp handling, and functional aerodynamics allowing you to lean into corners as hard as you can lean into a drag.

It’s no longer offered in manual in our market, either, but you’ll hear no complaints about that – at least from this driver.

The 10-speed automatic supplies violent shifts and is quick to react when you spontaneously click down a few gears as the roads get quiet and open up, but it’s also clever enough to know when you don’t want to be in full control anymore and takes over again, making fuel consumption more of a priority. Not that this is ever that important for a V8, but for those among you that’s curious, the coupe scored a combined consumption of 16l/100km.

Another benefit of its evolution is software applications that let you take advantage of all it has to offer, including the Track Apps programme that brings options like an acceleration timer, brake performance monitoring, fuel used, and, of course, line lock.

Line lock allows anyone in the driver seat to do what the ‘Stang was built for – cloudy burnouts. It doesn’t require skill, or patience, only a clever computer, and an open road. 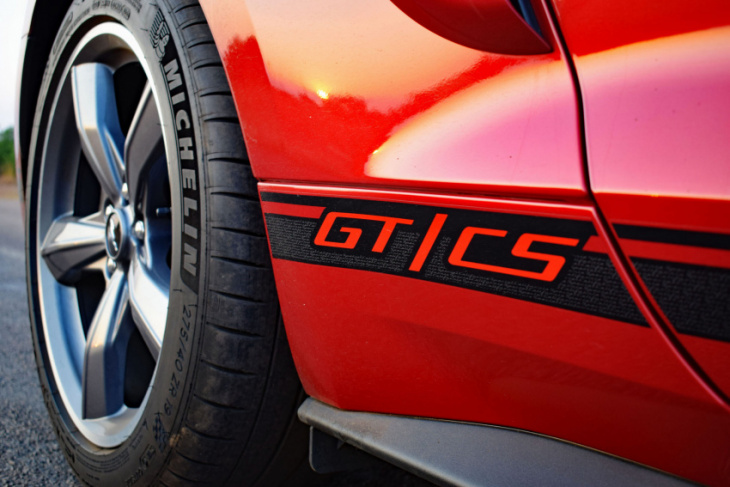 If you’re not in the mood to burn rubber, with the windows closed, climate control on, and in normal mode, the coupe is still civilised and comfortable.

You have a few of the latest features on-hand, too, including adaptive cruise control, lane-keeping assist, heated and ventilated seats, and a reverse camera – which turned out to be plenty useful as you don’t realise the length and flatness of this thing until you’re up-close and personal.

Though what you’re mostly paying for in the Mustang are the engine, the exhaust, and the looks.

When this beast gets loud and the speedometer starts moving faster than your eyes can comprehend, all the nit-picky complaints dissolve into pure emotionally-driven adrenaline.

It’s not this limited-edition trim that’s special, it’s the car itself.

It’s the screaming tailpipes that haven’t been artificially manipulated, it’s the complete disregard for sensibility, it’s the increasingly-rare lack of electrified propulsion, it’s the unadulterated joy of unassisted driving – it’s the Mustang. 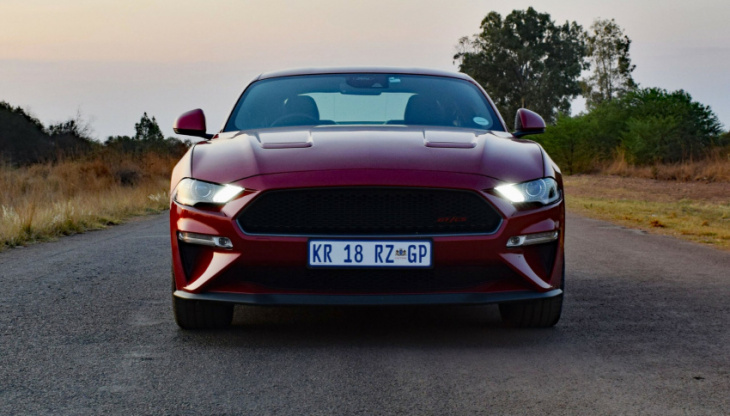 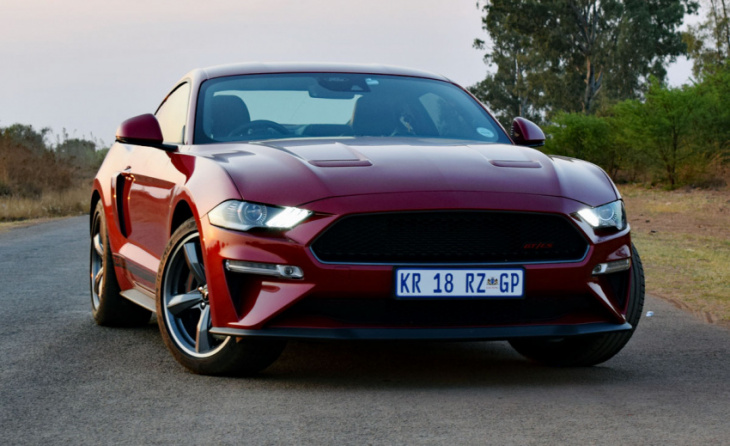 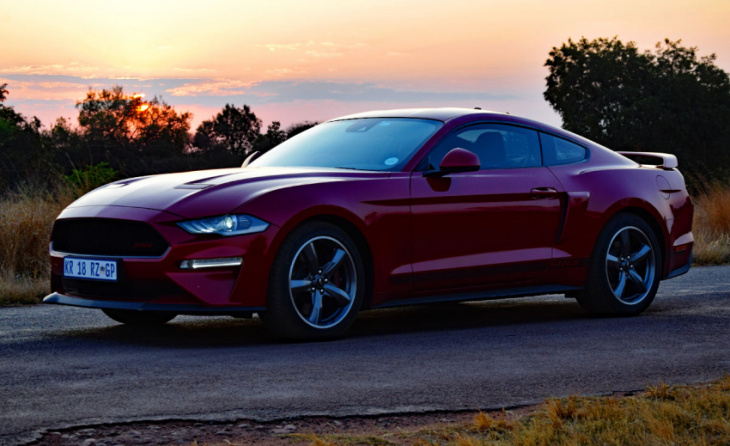 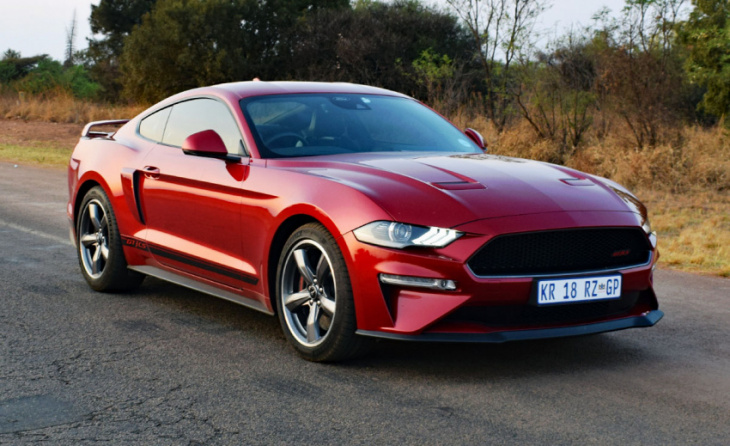 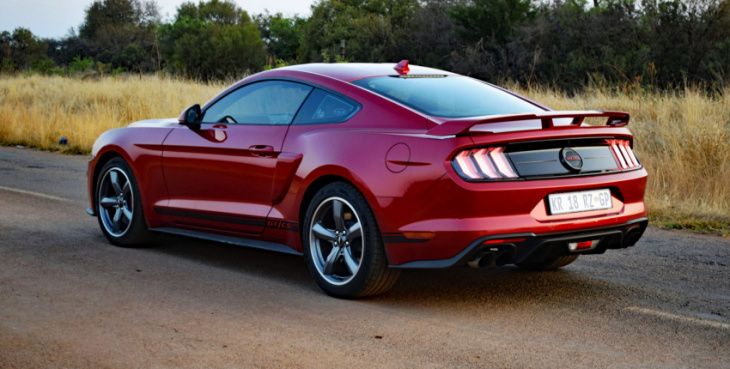 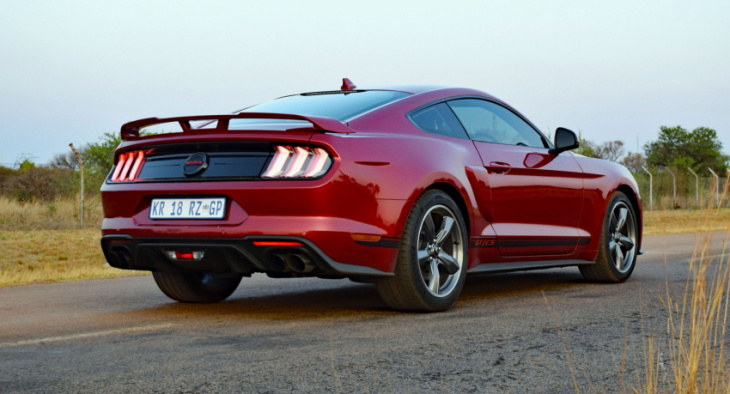 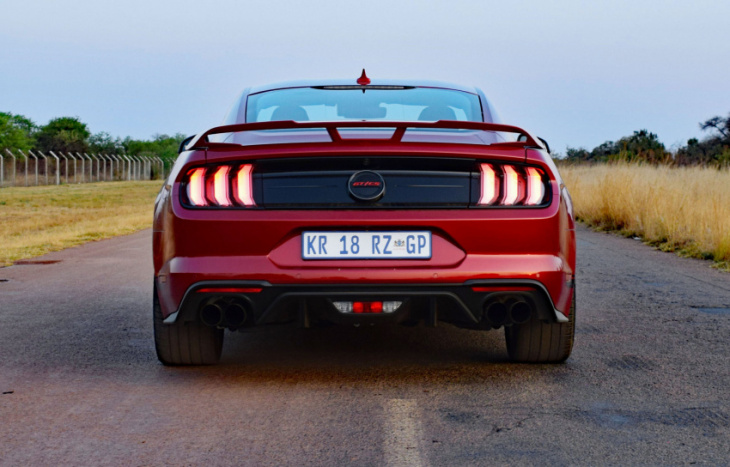 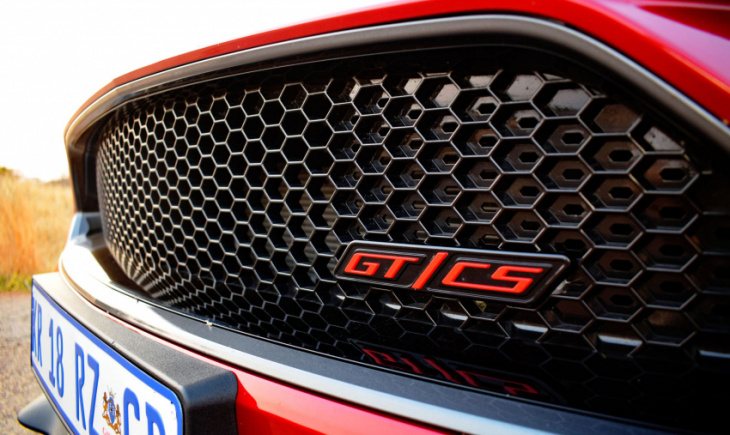 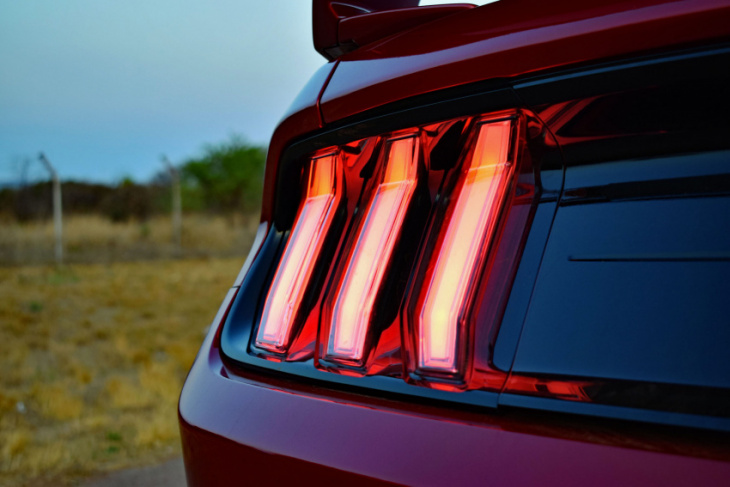 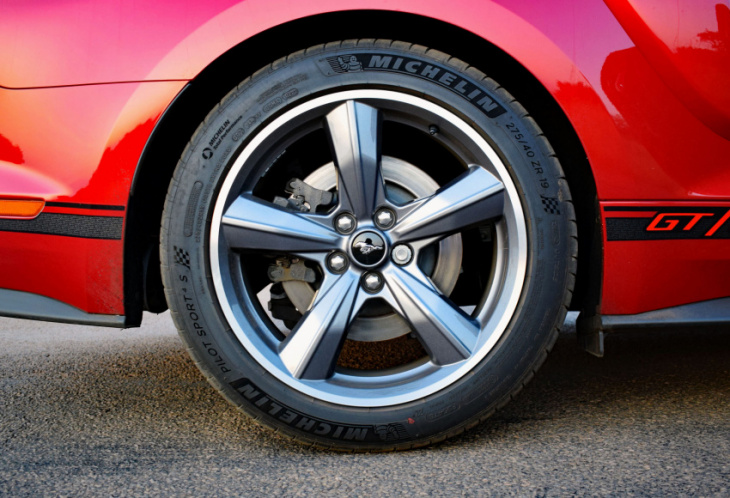 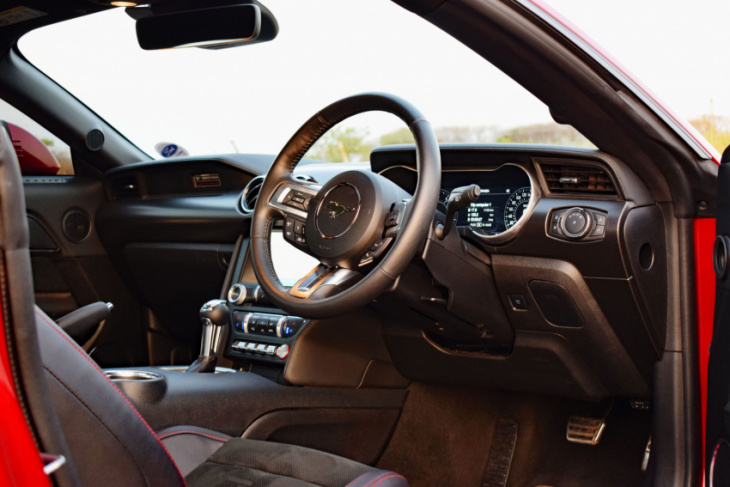 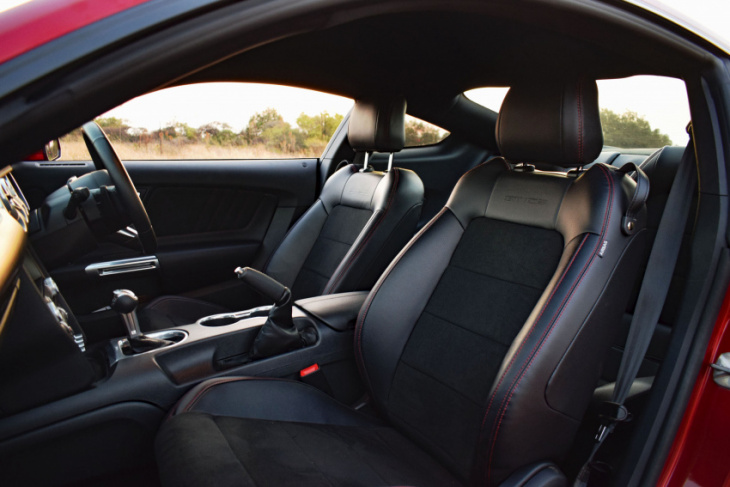 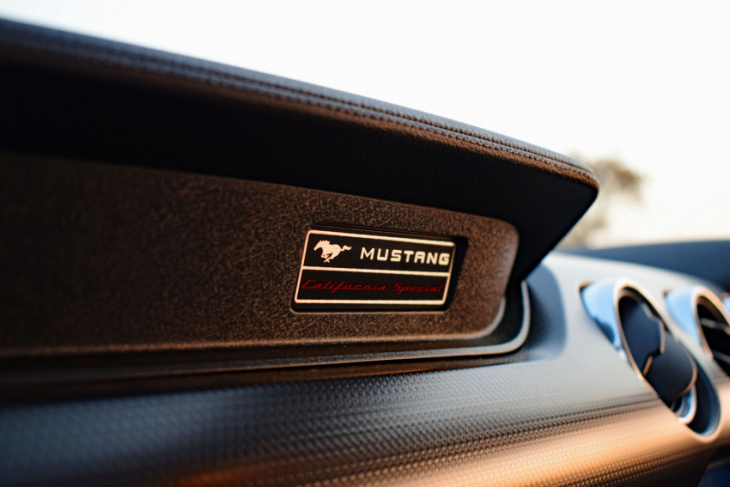 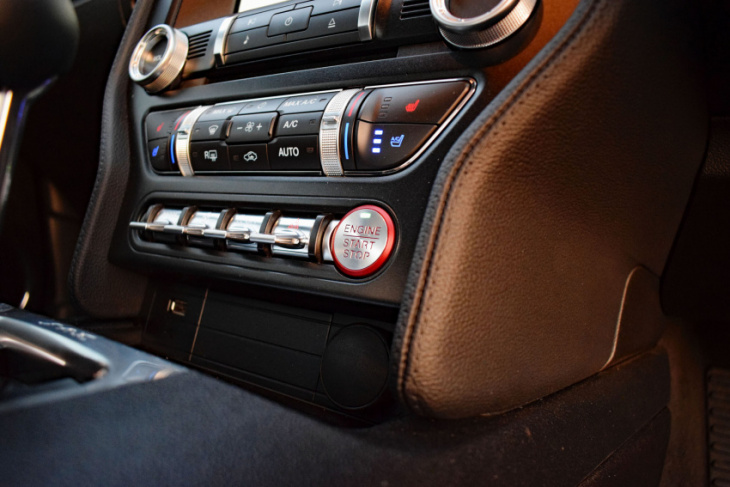 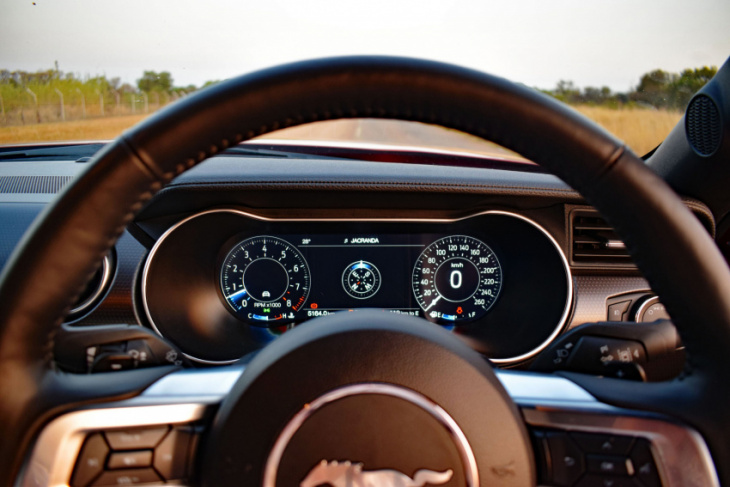