It seems to be a matter of time before Ford’s biggest SUV gets electrified, but what will this look like?

It seems to be a matter of “when” as opposed to “if” when it comes to the Ford Everest gaining an electric hybrid engine option in Australia, giving Ford a key rival to the Toyota Kluger hybrid and Kia Sorento hybrid.

At the recent launch of the new Everest SUV, Chasing Cars spoke to Ian Foston, Ford’s Everest and T6 platform chief engineer, who shed some light on the topic.

“The platform has been set up for [electrification] in the future. It’s a matter of how we deploy it and listen to customers again about what electrification needs that they have,” Foston said. 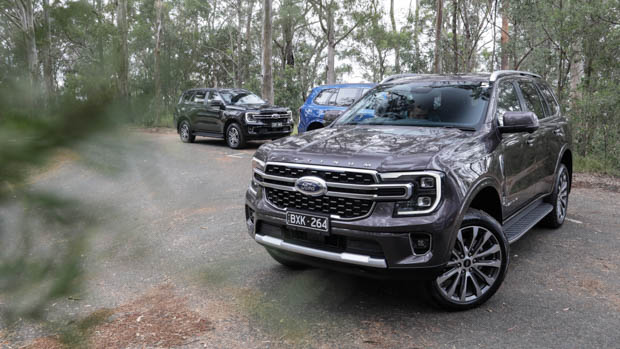 Ford recently launched the new Everest at an event in Brisbane

News of the T6.2 platform’s ability to be electrified is nothing new, as Ford has been very open about this in the past.

As to what electrification in the new Everest and Ranger would look like is still up in the air, and it seems like Ford is remaining tight-lipped about this for the time being.

“We haven’t specified the technology, or when it’s coming, but watch this space,” Foston said. 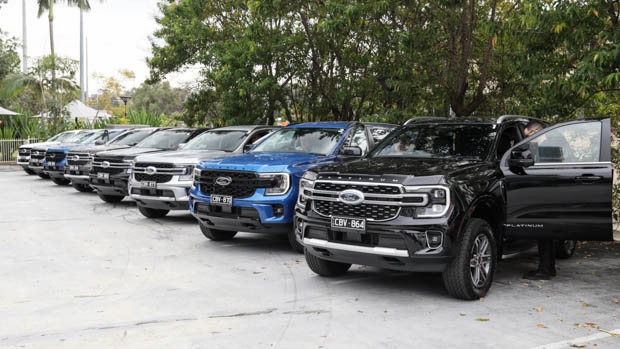 Some manufacturers that have introduced hybrid tech into the large SUV space have found significant success – including Toyota. The current-gen Kluger hybrid is accounting for the lion’s share of customer orders.

Ford already has access to a potentially adequate hybrid powertrain from its US-market Maverick small ute, which has a 2.5-litre series-parallel hybrid petrol-electric engine that makes 142kW – but for a two-tonne wagon, something bigger could be required.

During the launch of the Everest in Australia, we found that the claimed V6 diesel fuel economy of 7.6L/100km was a tough target to achieve – we recorded 8.1L/100km on a mixed loop of town and country driving. A hybrid system could dramatically improve efficiency.

It’s hard to say whether Ford will go down the hybrid or plug-in hybrid route with the T6.2 platform, with both options having its own positives and negative aspects. Battery packaging would be easier with a regular hybrid, as they’re smaller, but the economy gains wouldn’t be as significant.

Retaining the third row of seating in the Everest will be a priority, and Volvo has already demonstrated how a seven-seat PHEV SUV can work with the XC90 Recharge. 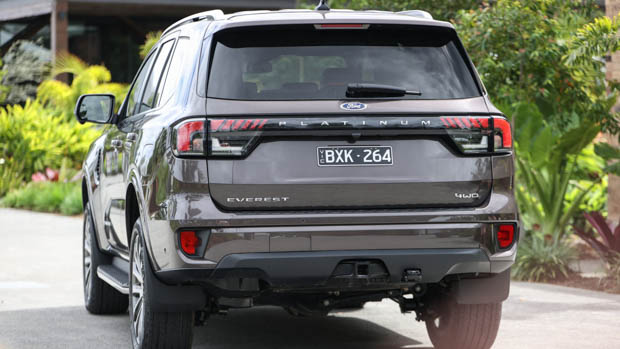 The Everest can tow up to 3.5-tonnes with the optional tow pack

Keeping seven-seat space in a PHEV can be done, as we’ve seen in the aforementioned Volvo, as well as in the Mitsubishi Outlander. In the Outlander, the battery sits in the floor of the SUV, whereas Volvo has packaged it around the spine of the vehicle.

It’s likely that the T6.2’s batteries will be located in the floor, as retaining maximum load capacity in the tray of the Ranger will be a priority.

Towing will also be a priority, as a lot of buyers are looking to haul boats and caravans with these large SUVs. Like the Ranger, a capacity of 3.5-tonnes is standard across the Everest range. 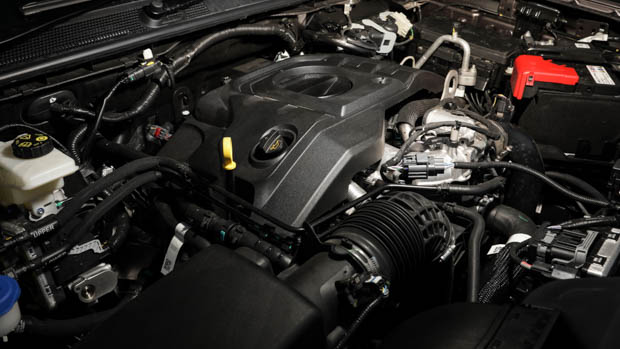 In the case of the Land Rover Defender, which also has a 3.5-tonne towing capacity, the PHEV variant is limited to just 3.0-tonnes.

Price is also a consideration, as an electrified Everest would command a premium over the rest of the range.

At over $80,000 on the road, the range-topping Everest Platinum would likely be pushed into the $90,000-100,000 region. At this price, it’d be pushed out of its current segment, and would likely be competing with things like the Nissan Patrol and Toyota’s Land Cruiser.