Ford is drumming up excitement for its highly-anticipated battery-electric Transit van, the E-Transit, with the company releasing some details and an arrival timeline for Australian deliveries, which are set for 2024. 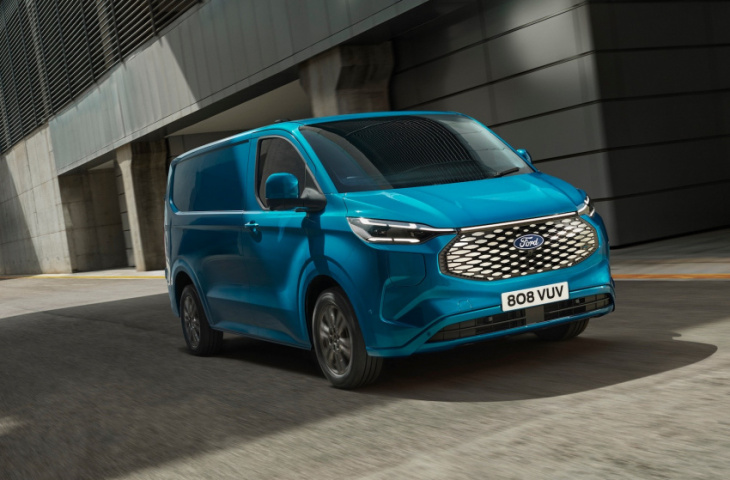 Headlines for the powertrain include a single electric motor pushing out 160kW of power and 415Nm of torque, with a 74kWh lithium-ion battery pack carried over from the F-150 Lightning.

Ford says the pack offers up to 380km of range per charge and comes fitted with DC fast-charging architecture supporting up to 124kW in charging.

With the help of a fast-charger, the E-Transit’s battery can be topped up from 15-80 per cent in 41 minutes, while a five-minute charge adds almost 38km, according to Ford. Using an 11kW AC three-phase charger at home takes just north of seven hours to charge the pack. 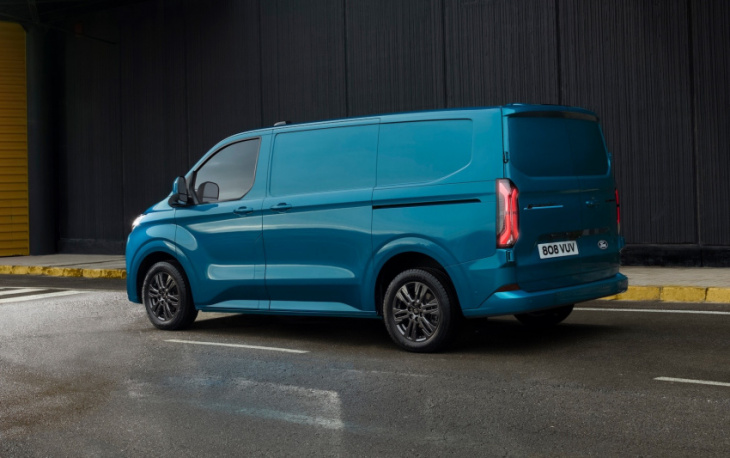 The E-Transit Custom comes packing a regenerative braking system and an energy-efficient heat pump as standard for the heating and cooling, as well as a new brake-by-wire system that offers one-pedal driving.

In terms of dimensions, Ford says that its long wheelbase van features a maximum load length of 3450mm, with load volumes ranging from 6.8m3 in the standard E-Transit Custom or up to 9m3 with the high roof variant.

Underneath, you’ll find the battery pack is mounted within the load floor, which now sits 100mm lower than the Transit Custom’s load floor, as well as semi-trailing arm independent rear suspension and a revised set of front suspension struts. 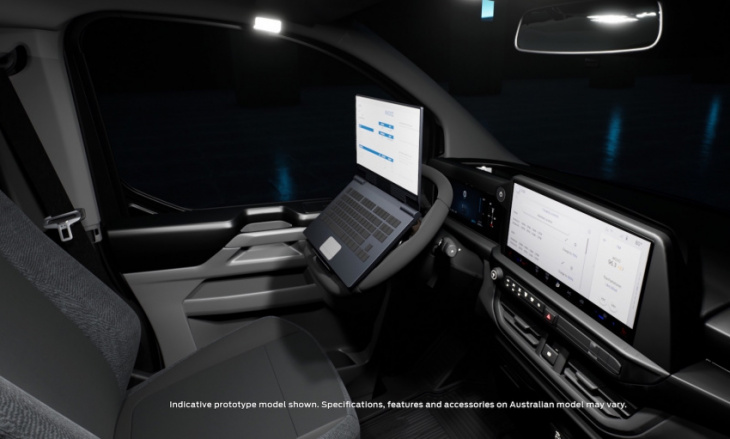 Inside the cabin you’ll find a modernised cockpit with a large central-mounted 13-inch display, and a digital instrument cluster for the driver, both running Ford’s latest SYNC 4 operating system, as well as a flat-bottomed steering wheel and a rack-mounted gear lever.

Ford says that its all-electric E-Transit will play a pivotal role in its expanding electrification strategy, with the company confirming its plans to introduce five electrified vehicles to the Australian market by the end of 2024.

The company has already confirmed an all-electric version of the larger Transit platform on the near horizon, which will be followed by the introduction of three other hybrid or battery-electric vehicles before the middle of the decade. 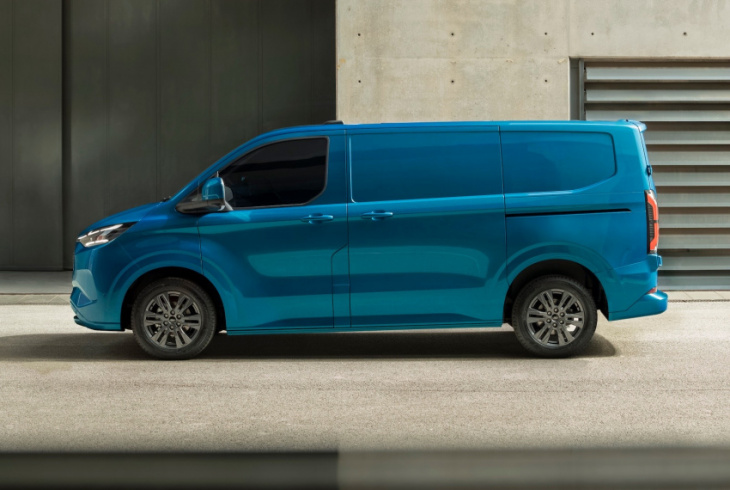