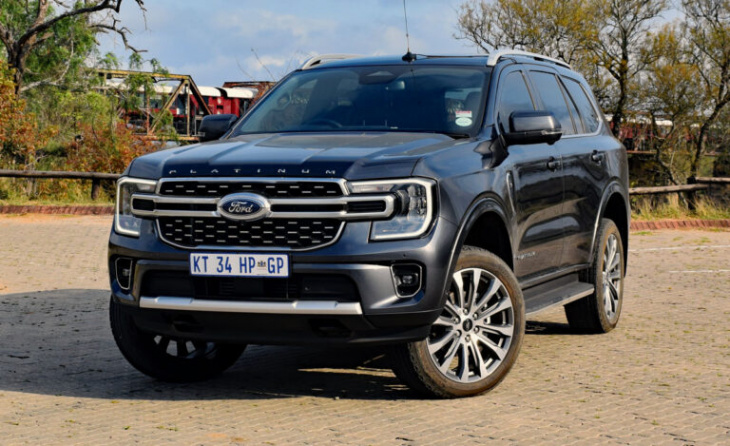 The new Ford Everest is a next-generation vehicle in every sense of the word.

It has been made larger, overall build quality has on first impressions improved, standard features are more abundant and better integrated, and it gets a tasty V6 powerplant.

It’s now also positioned as more of a luxury SUV for the bush rather than a 4×4 that looks good in the city, as evidenced by its starting price of R965,400, though after putting it to the test we are confident in saying it’s as capable as ever.

Ford promised that its new flagship seven-seater would be an impressive machine, and it surely has delivered.

The passenger compartment of the third-generation Everest has not only stepped up its game, but has made leaps and bounds over its predecessor.

It instantly comes across as more refined and upmarket, from initially opening the sturdier door handles, to sitting on the diamond-patterned seats, to scrolling the new 12-inch portrait screen, to feeling the more generous addition of soft-touch materials such as on the doors, steering wheel, and dash of the Platinum spec.

Thanks to a 50mm increase in platform width and a thorough cabin redesign, there is a noticeable increase in interior room across the range, not that the previous Everest was cramped in the slightest.

The new digital instrument cluster is also attractive in its execution while providing a surprising amount of information in an easily-digestible format, and a benefit of this digitisation is that the front fascia looks much tidier than before. 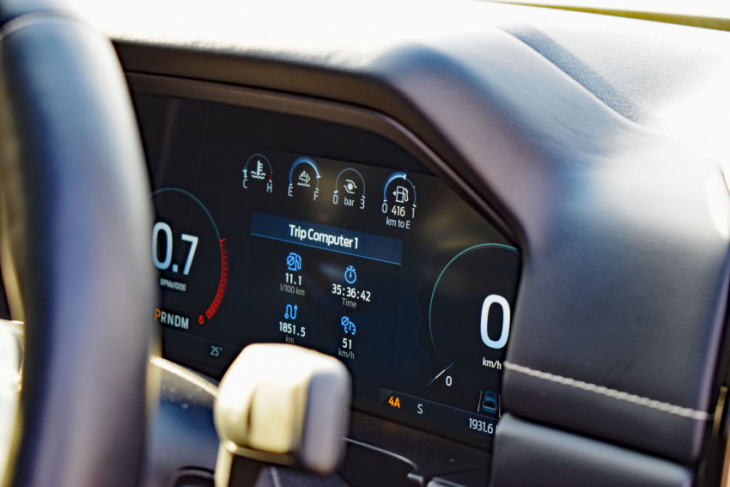 Similarly, the latest Sync 4A operating system brings much-needed features to the Everest range including wireless Apple CarPlay and Android Auto and more intuitive voice control, and it’s easier to navigate while looking far better than the previous software, too.

Admittedly on rougher roads it can be tricky to click on the smaller touchscreen icons than on tangible buttons, though for the most important of features, such as climate control and infotainment, Ford still kept the physical controls.

There’s even a nifty application for jotting down notes should you be sitting on the side of the road taking a phone call, or if your passenger is a bit bored.

I’m also pleased to report that the new Everest does come with an automatic tailgate this time around which is 35mm wider and lifts 11mm higher, which is the only thing I truly thought was missing from the old one. 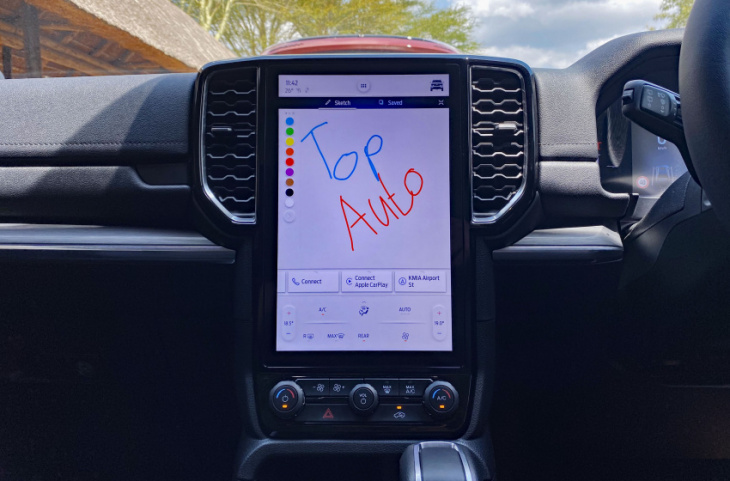 While the stylistic and feature upgrades are welcomed, the highlight of the next-generation Everest is no doubt the new 3.0-litre, V6, turbo-diesel engine found in the top-of-the-line Platinum.

The block is mated to Ford’s peach of a 10-speed automatic gearbox turning an intelligent all-wheel-drive system that is capable of constantly adjusting the flow of drive between the front and rear axles for enhanced traction.

The configuration summons up 184kW and 600Nm and the gains in power are just what the doctor ordered. Compared to the previous 2.0-litre bi-turbo motor which is still equipped in the Sport model, the V6 brings a certain urgency that wasn’t there before with its sensitive throttle and smooth feedback.

Not discounting the fact that the 2.0-litre offering 154kW and 500Nm still makes the entry-level Everest one of the most powerful SUVs in its category, the bigger unit simply feels more comfortable in gaining pace and is more relaxed while doing so.

Notably, the engines also showed similar fuel usage over the few days of testing, the smaller one standing at 10.6l/100km and the bigger one around 11l/100km. 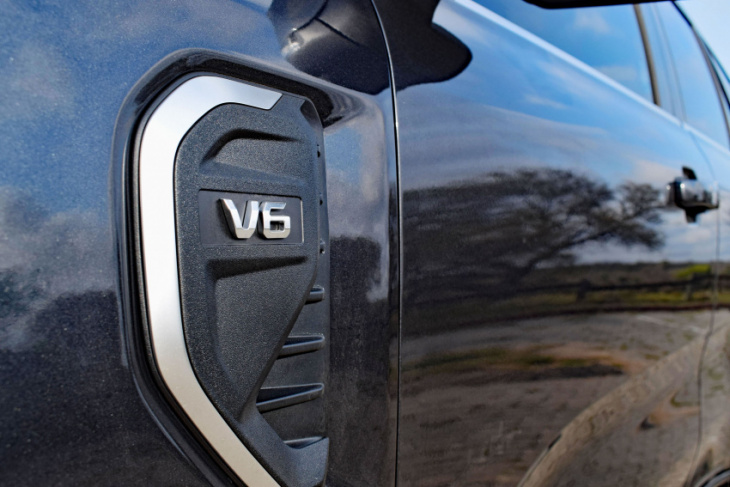 We took the base Everest Sport sitting on a part-time four-wheel-drive system on a small but tough off-road expedition and the SUV proved to be just as capable across ruts and rocks as before, if not more so.

Ford planned out a few hundred metres of track consisting of steep rocky climbs, axle twisters, and daunting declines to test out the diff-lock, hill descent control, and 4×4 abilities.

From complete amateurs to seasoned drivers, no one got stuck and the Everests chugged effortlessly through the course on highway tyres as we were coddled in luxury inside, while on the outside one of the 20-inch wheels was in the air.

On the road, noise and vibrations have been significantly improved over the outgoing model, too, it tracks a straight line better, and the suspension relays plenty surface info while remaining remarkably comfortable.

The larger 21-inch wheels of the Platinum did make for an ever-so-slightly bumpier ride, though. 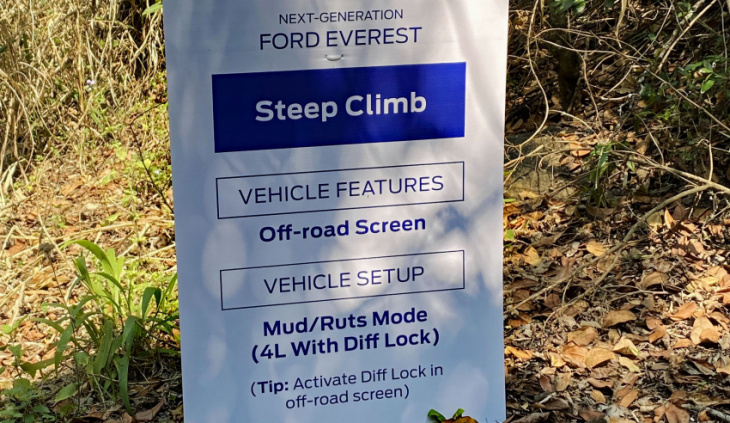 The Everest entered South Africa in 2009 in its first generation, the second being introduced in 2014.

From when the SUV went on sale domestically in its first year to August 2022, it sold a total of 26,822 units – around 22,200 of those being of the newer model, said Neale Hill, president of Ford South Africa.

Ford plans to continue this strong popularity as it’s aiming to keep its place on the sales charts with the new Everest, the two launch specifications only making up “the first chapter of many,” said Hill, hinting that more, and hopefully more affordable versions of the vehicle will be debuted in the future.

To bolster the new Everest’s introduction, a range of exterior accessories can be had by customers looking for a differentiated look including chrome or matte black headlight surrounds, chrome taillight surrounds, a bonnet protector, weather shields, and lower door mouldings, in addition to a variety of interior add-ons such as scuff plates, carpets, and extra auxiliary switches.

Furthermore, the company will soon make available factory-back equipment such as nudge bars and other off-road-focused components.

The first few hundred examples of the next-generation Everest are destined to land in South Africa before the end of 2022, though the company noted that shipping constraints will impact availability throughout next year. 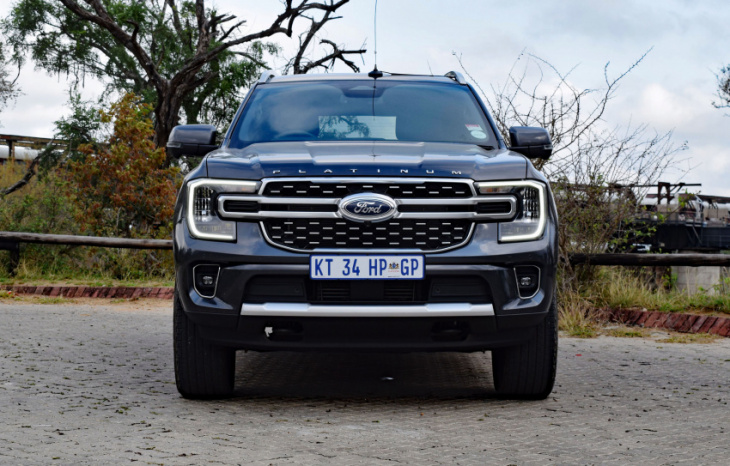 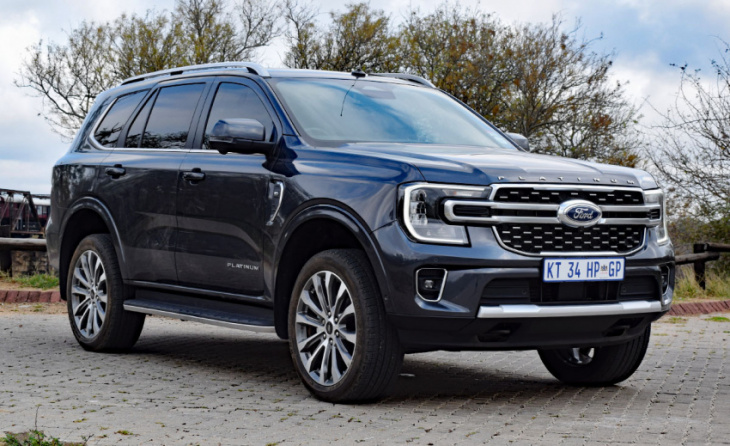 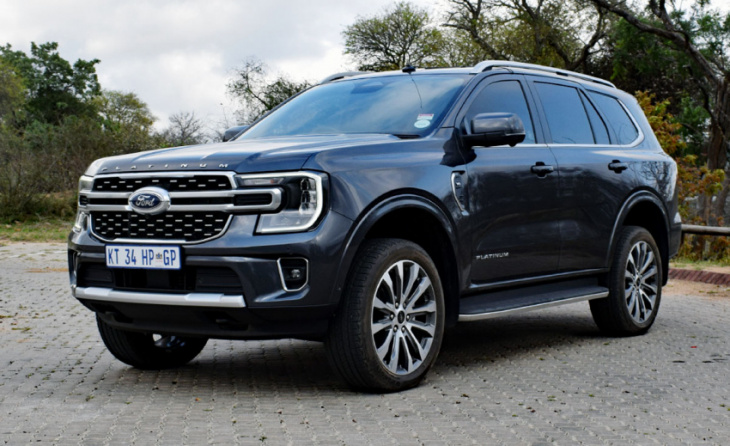 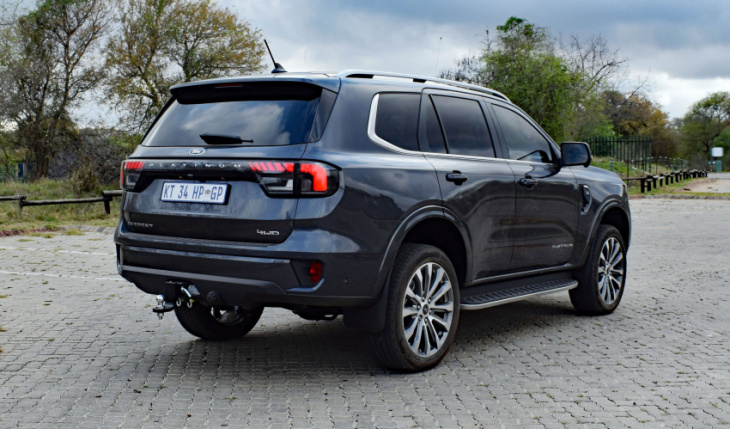 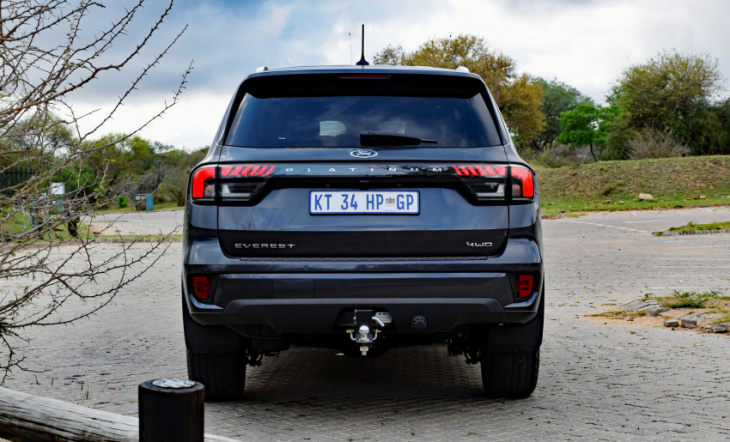 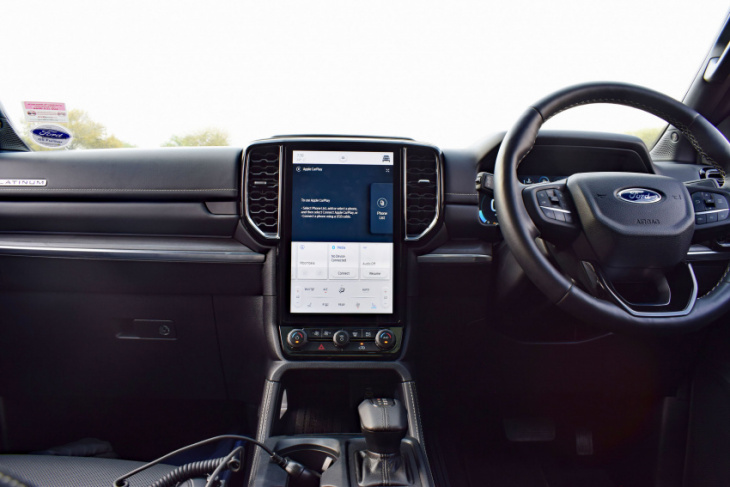 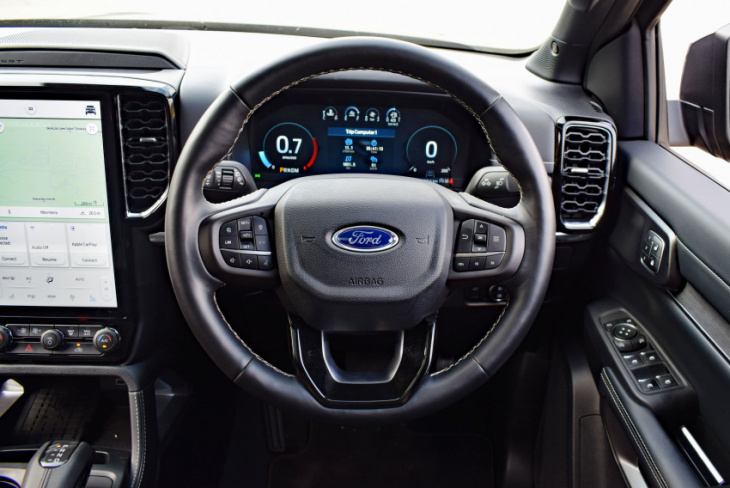 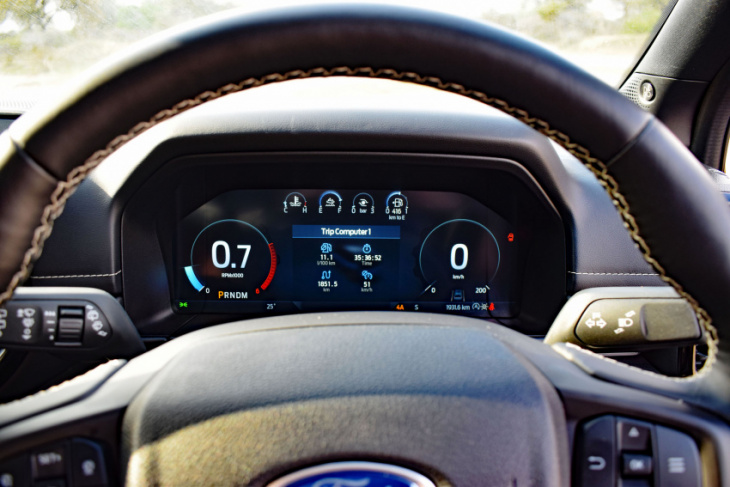 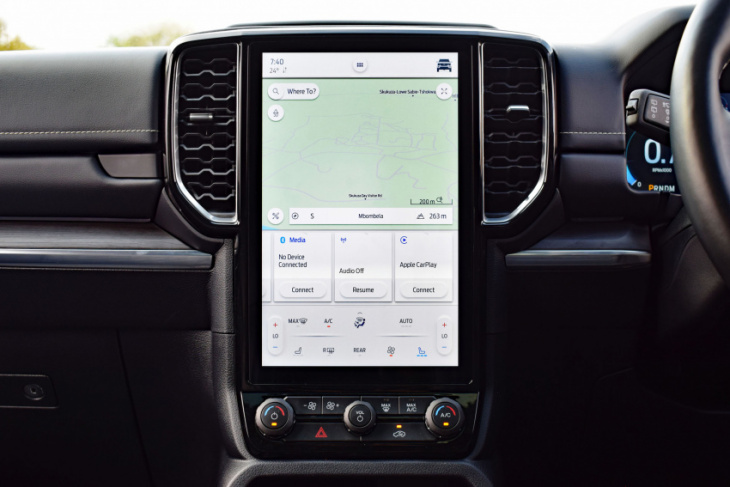 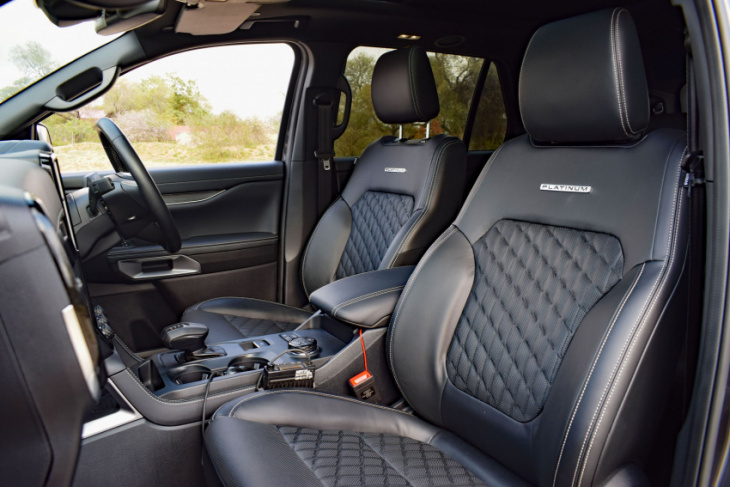 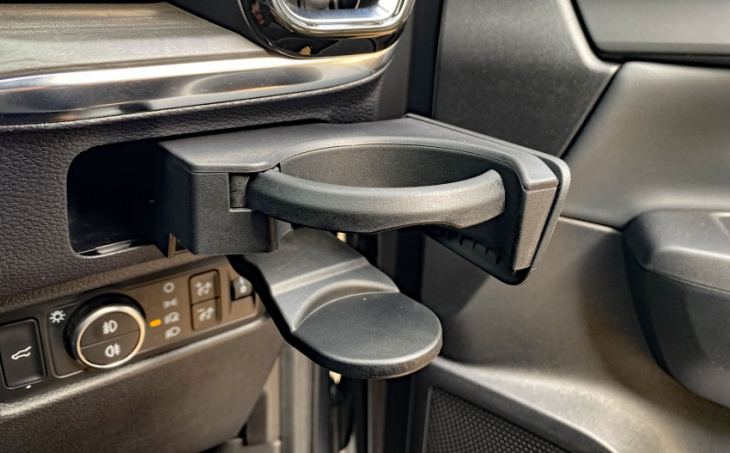 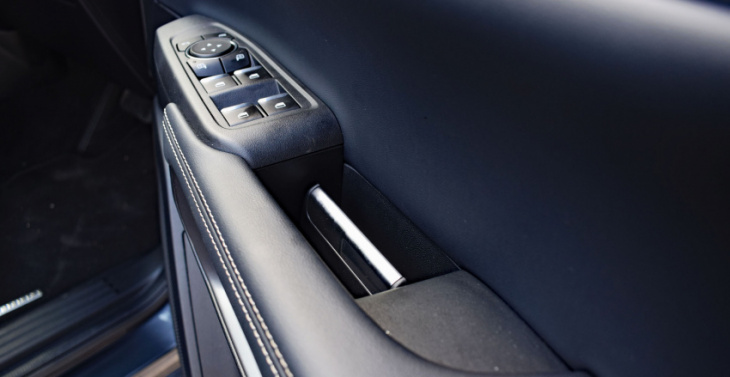 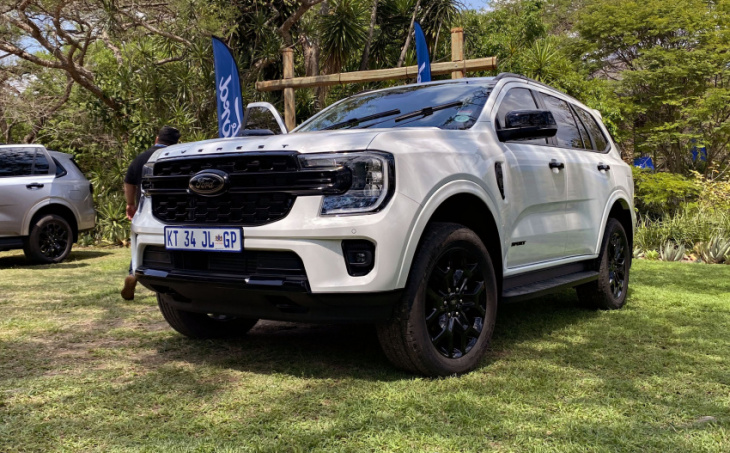 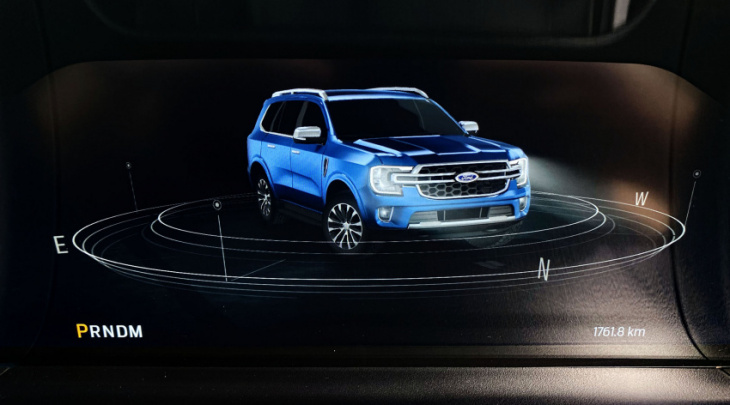