Ferrari have at long last pulled the covers off their first-ever SUV, the Purosangue, that is currently the only SUV on the market to use a naturally-aspirated V12 engine. 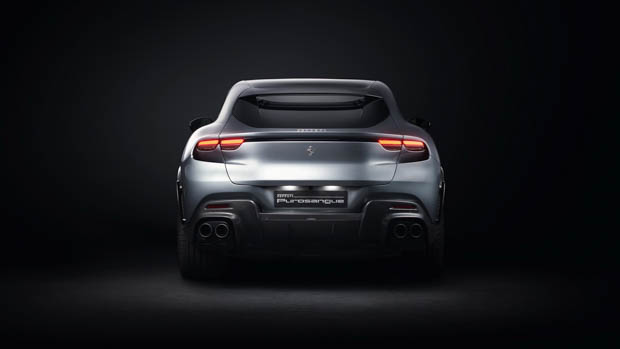 The Ferrari Purosangue is the only V12 SUV available

When launched, the Ferrari Purosangue will compete with other super-fast SUV offerings such as the Porsche Cayenne Turbo GT Coupe and the Aston Martin DBX707, along with the Lamborghini Urus.

The Ferrari Purosangue’s powertrain in detail 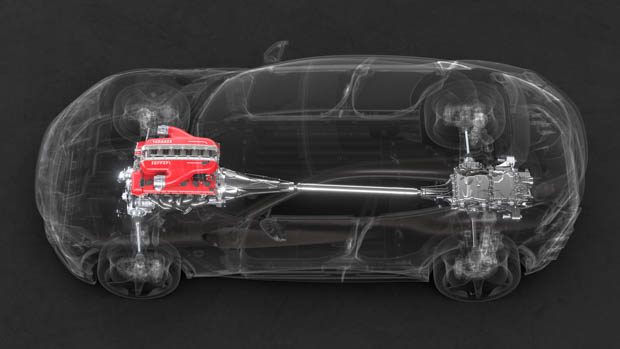 The drivetrain of the new Ferrari Purosangue

Ferrari says that the intake, timing and exhaust systems have been redesigned for the Purosangue, with the cylinder heads taken from the current 812 Competizione.

The soundtrack of the new Purosangue has also been tuned, with equal length exhaust manifolds, a new intake plenum with revised intake ducting and two “progressive” mufflers make for “unmistakable V12 harmonics”.

The transmission features a new dry-sump system along with a compact clutch assembly that shaves 15mm off the height of the vehicle and also lowers the centre of gravity. 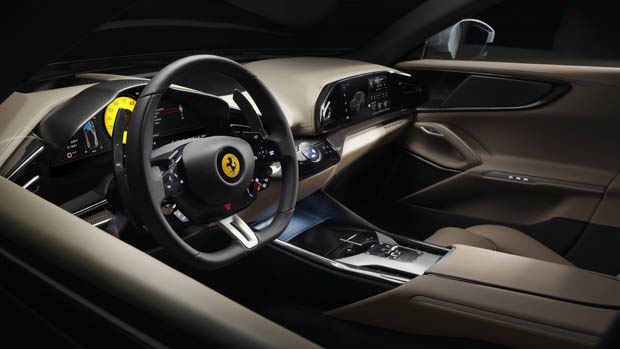 The Purosangue has a passenger screen that shows driving stats

Chassis technology and aerodynamics of the Purosangue

One of the coolest new features of the Ferrari Purosangue is the use of traditional front doors, while the rear doors hinge backwards electronically with a 79-degree opening. Ferrari says they did this to “offer as much ingress space as possible while still keeping the wheelbase compact”.

The Purosangue’s bonnet is also unique in the SUV space as it uses a front-hinged setup rather than a traditional-opening bonnet. 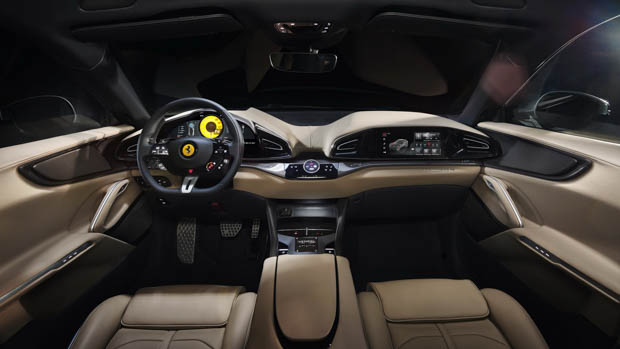 The Purosangue is a four-seater rather a five

As SUVs are often not the most aerodynamic of vehicles due to their large frames and somewhat boxy design, Ferrari had a big challenge on their hands with the Purosangue.

The Purosangue uses diffusers, wings, inlets and air intakes to be as streamlined as possible. Ferrari even removed the rear windscreen wiper, instead using active airflow to clean the glass surface.

Ferrari claims that the new Purosangue uses an innovative active suspension system that combines electric motor actuation with spool-valve hydraulic damper as one complete system. Ferrari says that this system can manage every performance element of the suspension. 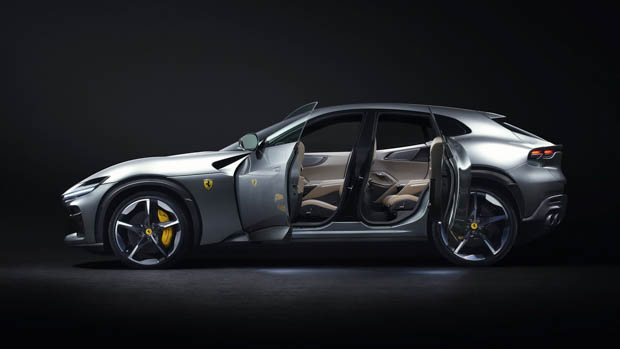 Despite being all-wheel drive, the Ferrari has used version eight of Side Slip Angle Control that integrates all the car’s controls such as steering, traction and vertical control to create “natural synergy”.

Inside the new Purosangue SUV 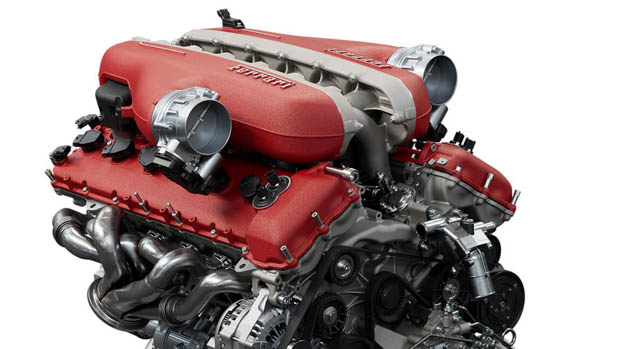 Ferrari’s fancy new SUV has a cockpit inspired by the SF90 Stradale and the manufacturer says this theme is almost completely mirrored on the passenger side of the car.

A 10.2-inch display has been installed for the front passenger so they, too, can get involved with the driving fun. There is no typical, centrally-mounted screen.

The Purosangue features four seats rather than five and also features sustainable materials from the roof lining right down to the carpets. Ferrari claims that the Purosangue is the first car in the world to use a sustainable version of Alcantara that is made from 68 percent recycled polyester.

A Burmester surround sound system is also standard, however with that V12 sound track, who needs a speaker system?