Prancing horse marque resists electrification as it creates a new petrol-powered car with a top speed of more than 310kph. 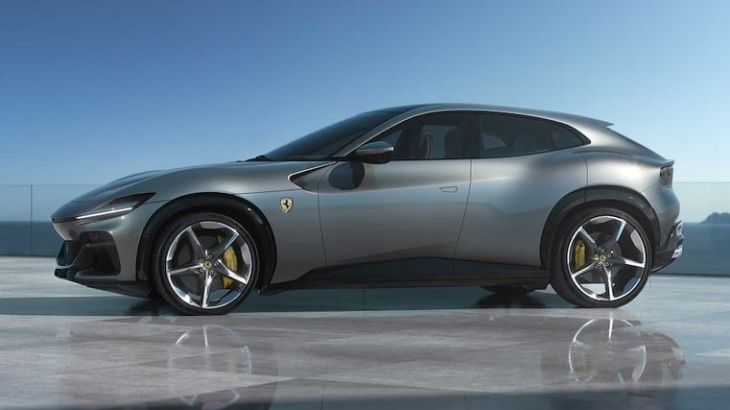 Ferrari has unveiled its first SUV, the 12-cylinder Purosangue, and it is defying the growing trend for electric vehicles with the model targeting rich drivers who want an internal combustion engine.

The marque’s four-door, four-seater car has a price tag of €390,000 (about NZ$650,000), making it one of the most expensive SUVs on the market. Only the Rolls-Royce Cullinan SUV comes in at a similar price level.

Despite its size and weight, the Italian carmaker is describing the Purosangue – Italian for thoroughbred – as a versatile sports car, rather than an SUV.

Ferrari claims to have been inundated with pre-orders since announcing the car, which has a top speed of more than 310kph, would be a V12 in May.

Executives have not given any details about possible future plug-in or battery electric versions of the Purosangue.

Ferrari adds the SUV’s sales will be kept below 20 per cent of total group shipments over the car's life cycle, which is expected to be four to five years. That means an expected total production of just over 11,000 vehicles, reports Reuters.

Deliveries are due to start in the second quarter of 2023 and other key features include new architecture designed to give the car improved balance, rear-hinged passenger doors, independent four-wheel steering, a 6.5-litre, 725-horsepower engine.

Seen by many as the car that set the performance precedent at Ferrari that eventually led to the F40, the 288 GTO is an even rarer gem from the prancing horse’s past. Another supercar to come from the need to meet homologation requirements for Group B rallying, but that was ...

The car was made for a collector in Taiwan Ferrari recently unveiled the latest addition to it’s one-off series, called the Ferrari SP51. Designed by the Ferrari Styling Centre, the SP51 is a front-engined V12 spider based on the 812 GTS platform from which it inherits its layout, chassis and ...


View more: Ferrari unveils the one-off SP51 based on the 812 GTS

The GranTurismo ditches the V8 for the high-tech V6 from its MC20 supercar sibling, or a full EV drivetrain. Maserati is ushering in a new philosophy for one of its most iconic models, with its GranTurismo sports car entering a new generation free of influence from a certain Maranello ...