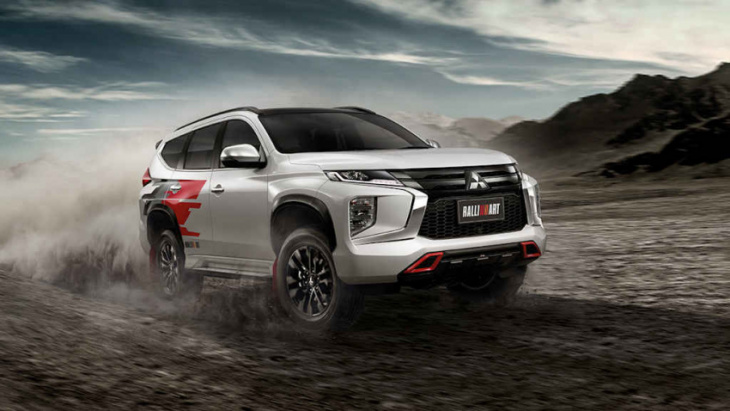 Whether deliberate or not, it seems a major newspaper managed to leak out what Mitsubishi Motors Philippines (MMPC) will unveil at the Philippine International Motor Show or PIMS tomorrow. Check out the tear sheet below for yourself.

The show, which starts on Thursday, September 15, was supposed to be headlined by the revived Ralliart brand for Mitsubishi. While the automaker did

tease it a few weeks back

, we now have a better understanding of what the Philippine market will be getting.

Starting with the Strada Ralliart, it will be priced at P 1.429-million. For that, you get added Ralliart garnishes found on front and rear bumper, side decals, mud flaps, and a bedliner. Inside, it swaps the standard floor mats for Ralliart branded ones too.

Meanwhile, the P 2.122-million Montero Sport Ralliart comes with the same treatment (down to the decals and floor mats), but adds extended fender moldings as well.

If you’re keenly aware of Mitsubishi Motors’s local line-up, you’ll notice that the Strada Ralliart is slightly cheaper than the Strada Athlete 2WD and its P 1.487-million price tag. That’s because the Strada Ralliart is actually based off GLS 2WD variant, according to the leaked article. If that’s the case, expect it to get projector-type halogen headlights and high-grade cloth seats (the Athlete gets LED headlights and orange/black leather seats).

Whether MMPC will phase out the Montero Sport Black Series in favor of the Ralliart remains to be seen, but in terms of specs, it’s pretty much identical. It has forward collision mitigation, ultrasonic misacceleration mitigation on top of 6 SRS airbags, ABS with EBD, and Mitsubishi’s Active Stability and Traction Control system or M-ASTC. 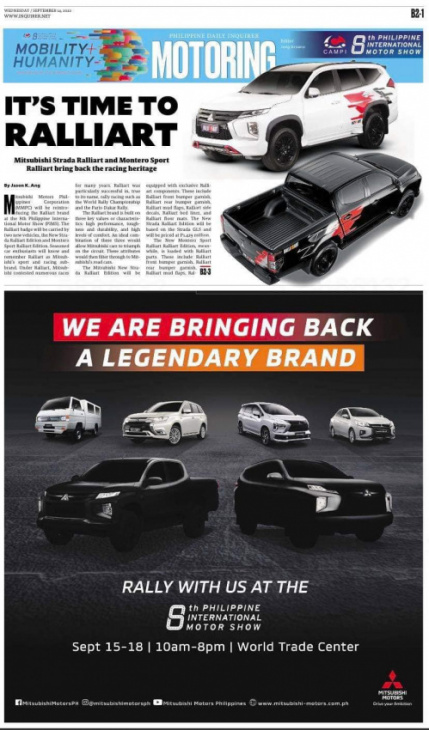 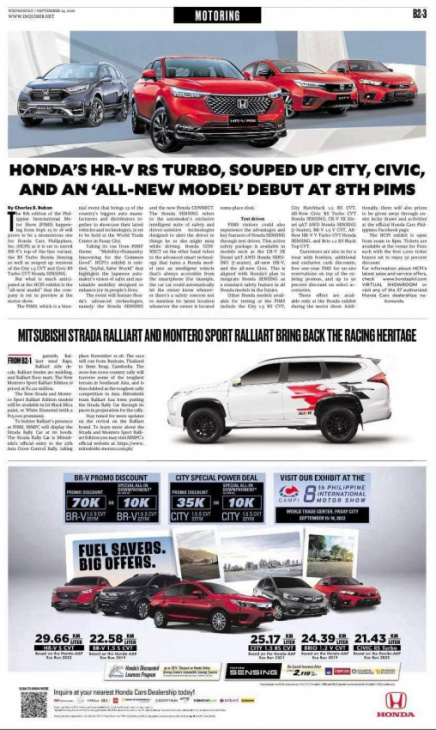 Included in the purchase price is an exclusive VIP customer care experience.

It looks like the trusty Mitsubishi ASX will live on for yet another model year in Australia, with the 2023 version – or MY23 – set to bring in a new entry GS grade to the mix. According to these images which landed in our inbox, probably from a dealer ...

The cheapest electric cars from overseas Australia needs! The EV bargains Nissan, Mitsubishi, and VW are keeping from Aussie shores