BMW has released a short clip drumming up excitement for the official launch of its XM performance SUV later this month. 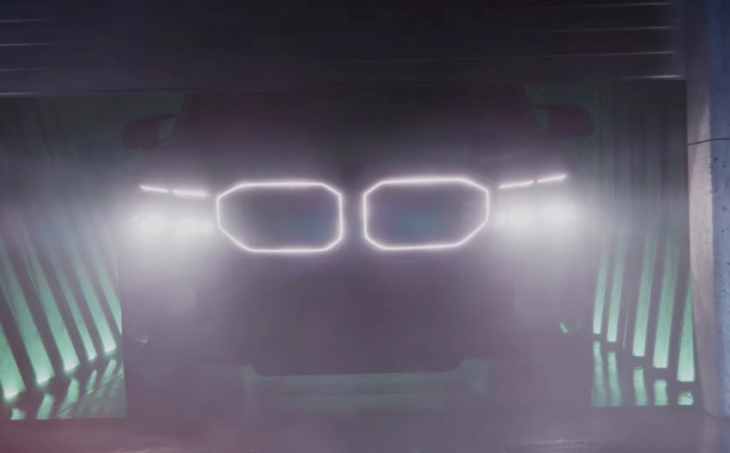 In a clip posted by BMW USA we catch a quick glimpse of its silhouetted front fascia, twin horizontal headlights, sharp octagonal grille and most notably, hear the V8 powertrain lurking beneath.

While the concept was unveiled with a V8 plug-in hybrid setup pushing out a monstrous 550kW/1000Nm, the XM production plug-in hybrid version is set to use a 4.4-litre twin-turbo V8 paired with an electric motor producing 480kW/800Nm.

Power is thrown to all four wheels with the help of an eight-speed ZF transmission and a hybrid-specific M xDrive system. The XM’s plug-in hybrid system is said to offer around 50km of all-electric range.

It seems more than likely that BMW is reserving the powertrain teased with the concept for a future flagship XM Competition variant that could reportedly be called the ‘Black Label’.

We first reported on the development of the BMW XM late last year when the company unveiled the Concept XM, which has since been spotted testing on European roads ahead of the official launch.

The XM is set for its unveiling on September 27, with production expected to commence before the end of the year at BMW’s production line in South Carolina.