BMW Nicknames: Is It Beamer, Beemer, or Bimmer?

Lauded as “the ultimate driving machine” since 1974, the beautiful BMW has origins that date back to 1916. That’s when Gustav Otto and Karl Rapp merged their aircraft engine-making enterprises to establish the Bayerische Motoren Werke company in Bavaria. After World War I, the manufacturer changed their focus to motorcycles and cars that go by various nicknames, including Beamer, Beemer, and Bimmer.

BMW nicknames: The difference between ‘Beamer,’ ‘Beemer,’ and ‘Bimmer’ 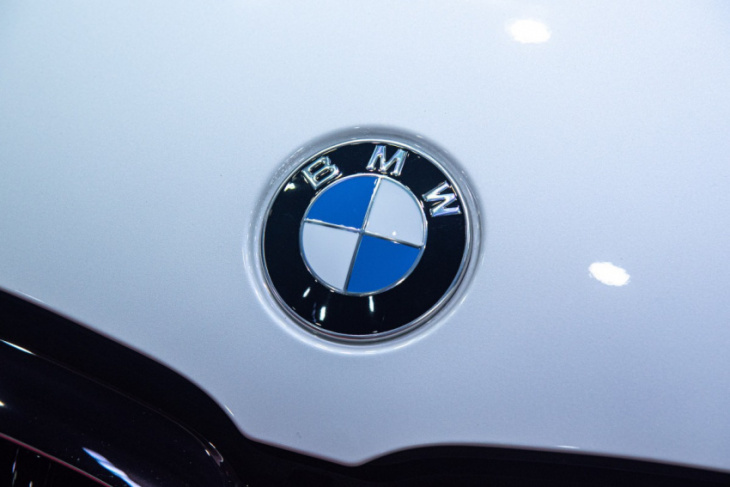 Although pronounced roughly the same, the nicknames Beamer, Beemer, and Bimmer do not always refer to automobiles. According to BMW, the first two nicknames are ascribed to BMW motorcycles, and only the nickname Bimmer is used to describe four-wheel automobiles such as the BMW 325i and 328i models.

Before BMW started making cars, a UK-based manufacturer called the Birmingham Small Arms Company was already busy building cars, busses, and motorcycles that were affectionately referred to as “Beezers.” When German-made motorcycles arrived on the scene, quick-witted Britans called the BMW-made bikes “Beemers” to differentiate the two bike makers, BSA and BMW. “Beamer” is simply an alternate spelling of “Beemer” and refers to motorcycles, not cars.

As a nickname for Bavarian-born cars, “Bimmer” came about in the 1970s, explains BMW, although the shortened name is not generally used in the car maker’s homeland. In Germany, the acronym BMW is less cumbersome to pronounce than in English-speaking countries, which may explain why the nicknames Beamer, Beemer, and Bimmer never caught on with most Bavarian locals.

A Bimmer by any other name is still a respected ride

Despite the sky-high price of many of their higher-end vehicles and renowned unreliability, BMW remains one of the most popular luxury car brands on the road today. Consumers who can afford to shell out $50,000 or more for a commuter vehicle realize the handling and performance of a Bimmer.

The high-end price tag for a new BMW is only the beginning of a driver-vehicle relationship that would easily drain the bank account of a lesser-funded road enthusiast. Manufacturer and after-market parts are costly, and mechanics who work on imported cars are also prone to hefty hourly fees.

Even regular maintenance tasks such as oil changes cost more for Bimmers than most other cars. Nonetheless, drivers who love Bimmers are willing to pay the price for superior features, including rapid acceleration, smooth shifting, and curve-hugging response.

Some Bimmers are more reliable than others. As we told you earlier this year, the BMW 3 series of 2019 and 2021 are some of the most reliable used cars available, especially if you purchase a Certified Pre-Owned (CPO).

Noting that they are among the “coolest consumer luxury cars on the market” today, HotCars defined a dozen issues that are common to BMW automobiles:

Those are the downsides of driving a Bimmer. Commuters who spend a lot of time inside their vehicle want a car that is well designed, comfortable, and a joy to drive, and BMW provides all of those things. The fact that pulling into the office parking lot with the prestigious blue, white, and black BMW emblem scores status points is a plus that commuters are willing to pay for.

Keyword: BMW Nicknames: Is It Beamer, Beemer, or Bimmer?

Just weeks after its global debut, BMW Malaysia has dropped a not-so-subtle teaser of the 2023 BMW XM PHEV on its website, suggesting that the local introduction of the M division’s first PHEV is definitely heppening. Besides being the first ‘M’ PHEV, the 2023 BMW XM is the first ...


View more: Heavier than a Cullinan, the 683 PS/800 Nm BMW XM PHEV is set to launch in Malaysia soon

One thing that I can never get enough of is the stock exhaust of the B58. BHPian mobike008 recently shared this with other enthusiasts. It’s been a month now since my last update. Things with Blau Rakete is absolutely smooth and there are zero issues (touchwood). It works like ...

Project EJ36 has finally come to an end (at least for now), but Eu Jin believes there is one last thing to do to “perfect” it. This time around, he bought a pair of bucket seats to fit into his BMW 3 Series project car. Bucket seats give you ...

It’s confirmed: the all-electric BMW iX3 is coming to the Philippines. After the success of the trailblazing BMW iX launched last April , SMC Asia Car Distributors Corporation is growing its EV family with the mid-sized iX3 Sport Activity Vehicle. Unlike the flagship BMW iX, which rides on a ...

BMW of North America established a new quarterly benchmark in the third quarter, delivering 4,337 battery electric vehicles. The automaker is expanding its EV portfolio, expecting to boost sales even further with the BMW i7, set to arrive at US dealerships in the fourth quarter. BMW achieves strong Q3 ...

The cost of insurance and gas for a BMW can be higher than you’re used to General maintenance on a BMW isn’t too bad if you can do the work yourself What’s the most reliable BMW? If you have been looking to purchase a used BMW, you have likely ...


View more: How Much Does It Cost to Own a Used BMW?

One of the most beautiful things to savour in the performance car world, is when a manufacturer takes a ‘less is more’ approach. That’s exactly what Smit Vehicle Engineering in the US has done with its stunning Oletha sports coupe. See, it normally comes with a singing BMW V8. Now, ...