Audi Will Officially Join Formula 1 in 2026

While Audi has not yet announced who it will provide those engines for, it will begin making F1 engines in Germany soon. 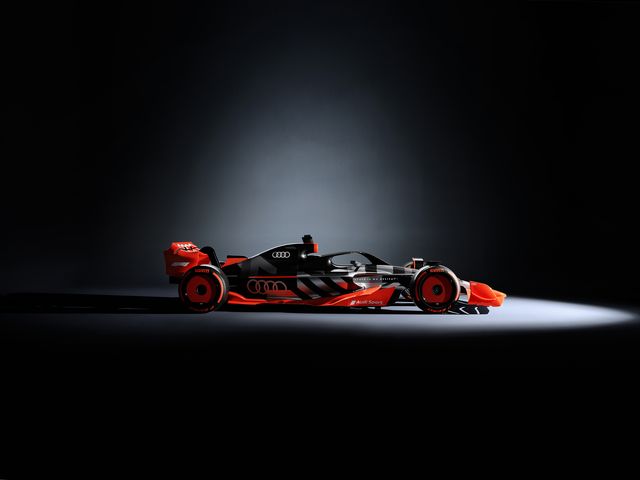 After more than a year of rumors, Audi officially announced Friday it plans to join Formula 1 as an engine manufacturer. The company will make its series debut in 2026.

Although the company has not yet spoken of any connection with an existing team, a rumor last month indicated that Sauber would be the brand’s most likely partner in a deal that could see Audi buy as much as a 75-percent stake in the team. Sauber currently races as Alfa Romeo, but the team was owned and run as BMW’s factory team from 2006 to 2009. The team has been racing since 1993, but has won just one race in its long history.

Notably, Audi will build its engines in Germany as part of the new operation. That is in direct contrast with Mercedes, whose championship-winning High Performance Powertrains division is based in England. Audi’s operation will run out of a facility called Competence Center Motorsport in Neuberg.

While 2026 marks Audi’s long-awaited Formula 1 debut, its predecessor brand Auto Union was a staple in pre-F1 grand prix racing. The Audi we know today has seen most of its success in rallying and at the 24 Hours of Le Mans. In rallying, the pioneering ur-Quattro led the brand to two WRC championships in the 1980s. At Le Mans, the R8, R10, R15, and R18 led the brand to an all-time second-best of 13 wins. While Audi had initially planned to re-join the grid in the 24-hour classic in 2023, those plans are now on hold and seem unlikely to resume.

If other rumors are true, Audi will be joined by fellow Volkswagen Auto Group brand Porsche on the F1 grid in 2026. The latest version of that rumor suggests that the brand will take a major stake in current championship favorites Red Bull Racing.