Audi to spend next decade in Formula One aggressively tailgating 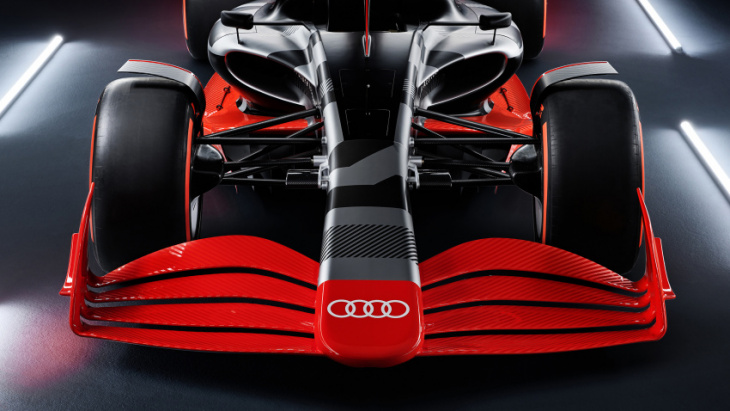 Here’s TopGear.com’s roving correspondent, Cory Spondent, with his mostly incorrect exclusives from the world of motoring

Audi will spend the next decade in Formula One aggressively tailgating the car in front, sources have confirmed.

Following the seismic news that it will join the top tier of global motorsport, company bosses admitted they had little interest in winning, but instead pledged to dedicate its considerable engineering know-how and years of motorsport success to keeping its cars less than 10cm away from the car in front.

“Formula One’s new technical regulations, designed to allow cars to follow more closely, mean our drivers – like all of our customers across the globe – will be able to aggressively tailgate the car in front for an uncomfortable amount of time. Winning doesn’t matter, but infuriating other drivers across an entire season does,” an Audi spokesperson said.

“We believe Formula One is a perfect fit for the brand, and our customers will benefit hugely as we push the invasion of other road users’ personal space to new limits.”

The team’s new F1 car will feature a revolutionary new engine layout by attaching the V6 onto the front wing “like classic quattro models of old”, and the spokesperson noted how other elements of F1’s rulebook – specifically around the lack of indicators –“really resonated with our customers, who have never used them on the road”.

Sources added the company would be lobbying the sport’s chiefs to add extraordinarily bright LED headlights to future F1 cars, “because how else would the driver in front know our car was there?”

Keyword: Audi to spend next decade in Formula One aggressively tailgating