The lack of cheaper electric vehicles is going to be a problem. 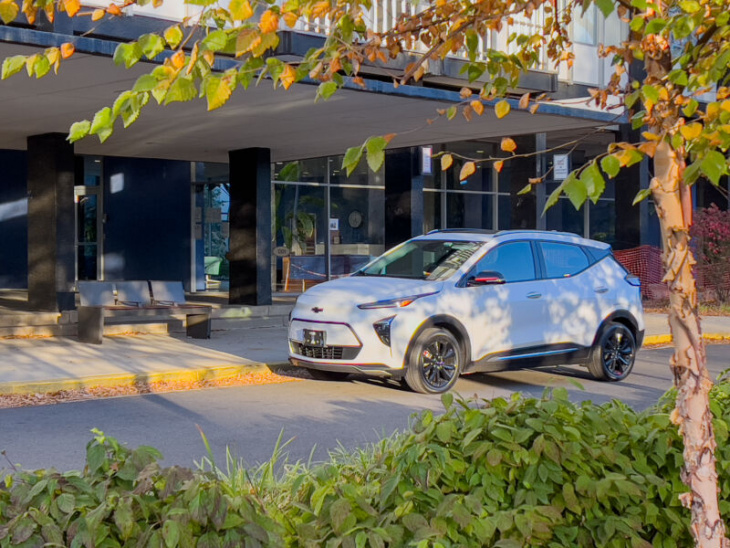 / The Chevrolet Bolt EUV is one of the cheapest EVs on sale, starting at $27,200.Jonathan Gitlin

You might have noticed that our car coverage is rather heavily biased toward electrified vehicles. Partly that’s in recognition of the fact that atmospheric carbon dioxide levels are now far higher than at any time since humans have walked the planet. But as I drive more and more EVs, it’s also clear that they’re actually just better in nearly every metric one might choose, other than when it comes to energy density and how long it takes to recharge. But this viewpoint puts me in a minority of Americans, according to a new survey of Americans, Canadians, and Australians.

The survey was conducted by Consider the Market, an Australian insurance comparison site, which found that only 33.8 percent of Americans say they’d prefer an EV to a traditional vehicle. By contrast, more than half (52.9 percent) say they want to stick with gasoline or diesel, a number that goes up to 70 percent in the 55–64 age bracket. Meanwhile, 43 percent of 18- to 24-year-olds would prefer an EV.

Which is unfortunate, because very few in that age bracket can afford them. In fact, purchase price ranked second as a barrier to EV adoption, at 54.5 percent. (The highest barrier to adoption was battery life and replacement costs, at 56.4 percent of survey respondents, which, as we’ve explained before, is more a problem of perception than reality.)

In fact, only 15.8 percent of respondents say they’d spend more than $65,000 on a new EV. Lucky them—most of the new EVs Ars has driven recently are north of this price, and they’ve all been pretty great vehicles.

Australia and Canada appear far friendlier to the EV, at least perceptually: 50.8 percent of Australians and 51.4 percent of Canadians say they’d prefer an EV to a vehicle with an internal combustion engine. But the impediments to adoption remain quite similar; purchase price was the most common barrier in Australia (66.6 percent) and Canada (60.5 percent).

I’m not sure there’s huge cause for optimism here, either. GM will add an electric Equinox to its range next year at “around $30,000,” but I’m struggling to think of another cheap EV on the immediate horizon. At the same time, traditionally powered vehicles aren’t immune either—this year the average price of a new car in the US was a shocking $48,080, which in turn has driven up the price of used cars.

Keyword: Americans remain resistant to the lure of EVs, which are still unaffordable