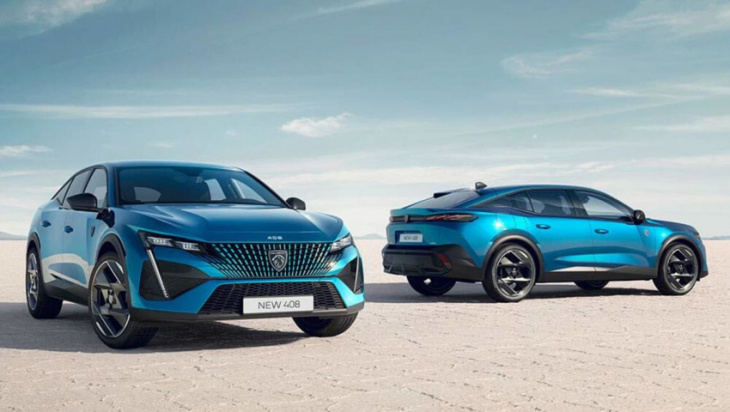 Though it’s a ‘lifted’ fastback design, the 408 retains a three-digit name as with Peugeot’s passenger cars, not SUVs.

Pricing for the 2023 Peugeot 408 has been announced for the UK, which could give us a hint as to how much Australians can expect to pay for the new French fastback.

This price is for the base 408 Allure, powered by a 1.2-litre three-cylinder engine, though the range is made up of three different drivetrains (one pure petrol, two hybrid) across three main trim levels.

Where it tops out is the GT badge paired with Peugeot’s hybridised 1.6-litre turbo four-cylinder engine, sitting at £43,200 on-road. That directly converts to AUD$76,750, putting it well into premium car territory and suddenly competing with electric cars like the Tesla Model 3.

Does this mean you should expect to pay top dollar for Peugeot’s stylish new model? Not necessarily.

The closely-related Peugeot 308 starts in Australia at $43,990 before on-road costs, which nets buyers the relatively high-spec GT variant.

But in the UK, the 308 starts from around the equivalent to AUD$45,000, making the Australian version actually a tad cheaper.

It’s not a perfect rule, but if Peugeot continues this pricing strategy, we could see the 408 land in Australia for less than $55,000, though this relies on the non-hybrid base spec coming to Australia. 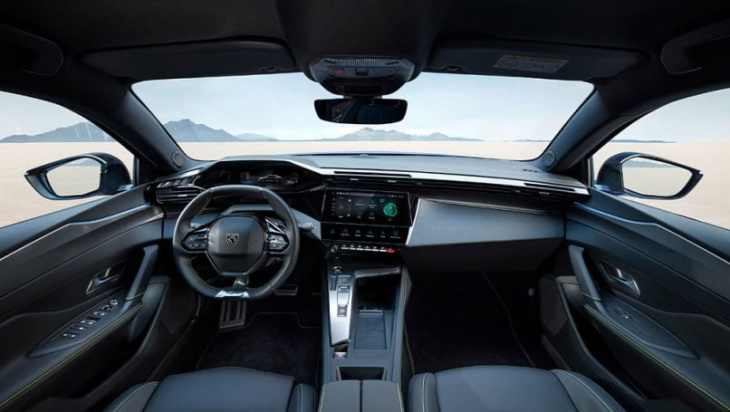 The two hybrid variants, both with the 1.6-litre engine and outputs of either 134kW or 168kW, if they arrive in Australia will likely be in a relatively high specification, though whether they reach the mid-$70,000 mark depends on whether the flagship GT variant from Europe comes in its most powerful powertrain specification.

“We are currently working closely with the factory on launch timings for our market and look forward to sharing more information in due course,” she said.

We expect to see the Peugeot 408 land in Australia in late 2023, depending on international supply chains.

Keyword: 2023 Peugeot 408 priced in the UK, but does this point to how expensive it will be in Australia?